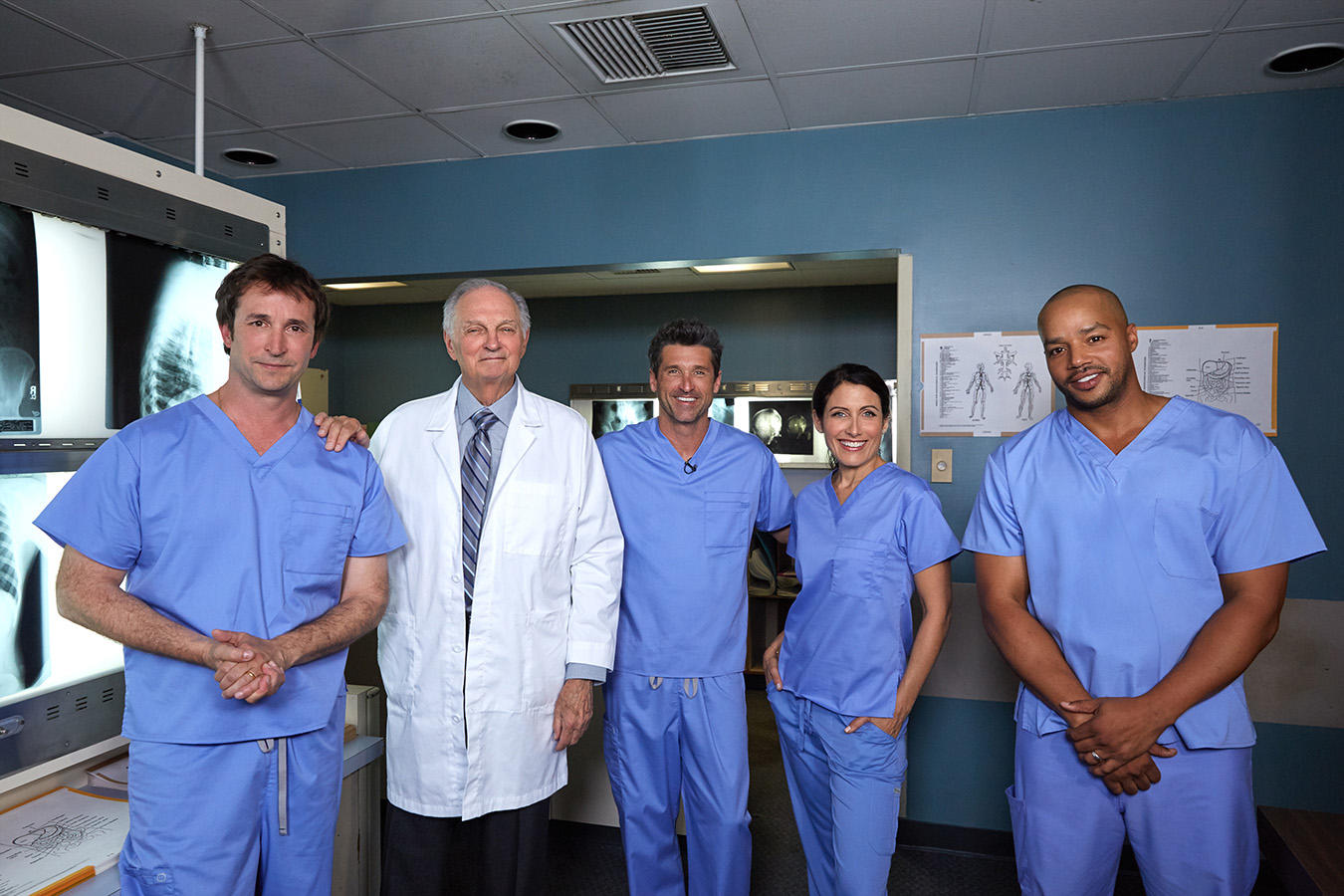 America’s most iconic TV doctors are getting into their scrubs again -- but this time, they’re trying to save lives offscreen.

Actors Lisa Edelstein, Alan Alda, Patrick Dempsey, Donald Faison and Noah Wyle teamed up with Cigna to create an ad campaign to encourage people to get an annual exam.

Edelstein, known for playing Dr. Lisa Cuddy on the Fox drama “House,” talked to CBS News about the response to the campaign with Cigna, her current role as Abby in “Girlfriends’ Guide to Divorce” and much more.

What has been the most rewarding experience with your campaign with Cigna?

It’s been great. It was really fun to do the shoot with all the guys. Alan alone will get me in any room. It was such a pleasure. I love the intention of this initiative. It’s a really good message and super simple.

I cannot tell you enough about the response. You would think I was on a hit show all over again. It was an overwhelming response on social media. People were so excited to see a beloved group of fictional doctors.

In “Girlfriends’ Guide to Divorce,” you play a woman to whom so many people can relate. Can you talk about your role as Abby compared to Dr. Cuddy on “House”?

I love playing Abby. It’s the best part I ever had. It’s a much more complete human-being to explore. The stories are emotional, dramatic and funny. It’s a subject that many people can relate to, and the way that people respond is very personal. They get addicted because it’s awesome! I hear a lot of personal stories.

“House” was a classic. I think my character was part of a greater story and part of a universe that people enjoyed being in. Abby is much more personal.

“Girlfriends’ Guide to Divorce” is so popular, it’s even in Italy, too.

I’m so excited for that! You know, I have a lot of fans in Spain, France and Italy. And for whatever reason, people in those countries are slower on the update -- I think because the title has “divorce” in it and it can be a little off for certain countries and cultures. But once you see the show you realize it’s not about you leaving your husband. You realize it’s about finding the best life for you and finding love.

You wrote for the show. What’s next for you professionally and personally?

That was the first time! I’m going to direct an episode in season five and I’ll be producing. After 25 years of doing something, you hope you can do more. That’s not always the case, and I want to take full advantage of everything.

If given the opportunity to explore another aspect of your own career, you should. It’s all education. It makes you better at what you want to do. It opens your horizon to do better, bigger things.

You share a lot of photos of your dogs. Can you tell me about them?

I have two rescue dogs currently staring at me. They are Shazam! and Lelo. Shazam! was a death row dog and was going to be put down. He’s probably the best dog I’ve ever had.

But I’ve had a lot of rescue animals. I think I had two cats from the pound, then six of my own, then my husband’s dog -- seven -- and then we rescued and adopted so many more dogs. I love my animals.