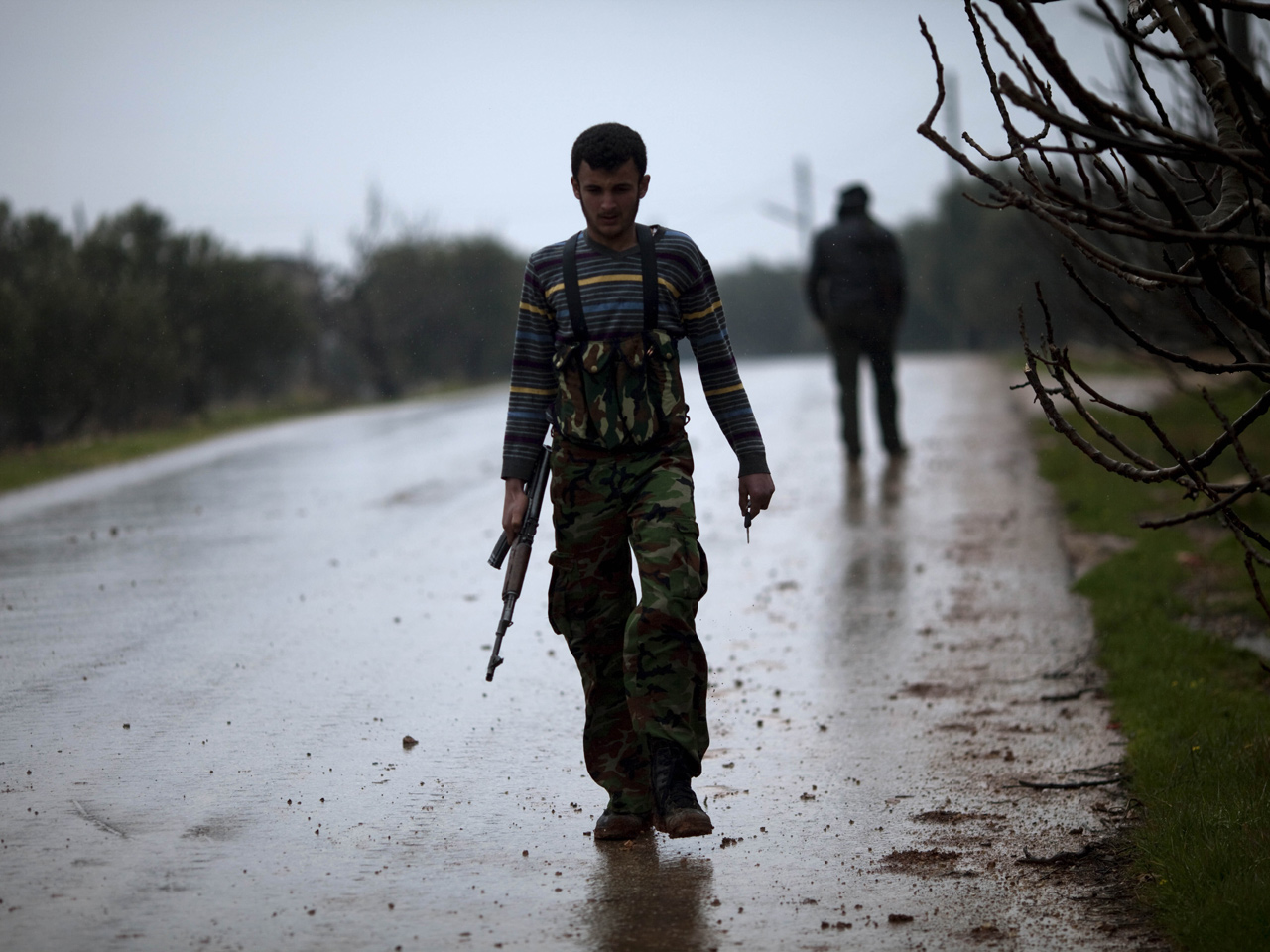 BEIRUT - A Syrian activist group said Monday that 135 people have been killed across the country, including 64 who died while fleeing an embattled area in the central city of Homs.

The group did not say whether all 135 died on Monday or were killed over the past few days.

Central Homs has been under siege for nearly four weeks, making it difficult for rescue workers to get to the wounded and for families to bring their injured and dead to the hospital or aid stations.

The high casualty figures reported by the Local Coordination Committees, one of the main Syrian activist groups, demonstrated the increasingly bloody toll the conflict is taking on Syria where President Bashar Assad is trying to suppress an uprising of Syrians demanding he step down.

The group said 64 of those who died were trying to flee shelling in the Homs neighborhood of Baba Amr when they were killed at a security checkpoint in the city's Abil area.

The dead included three women, three children and four soldiers, the group said. It did not specify whether the soldiers had defected to the opposition.

It said 47 of the bodies were found between the villages of al-Ghajar and al-Tanouna, and that 17 others were found north of the village of Sid al-Shindakhiyeh. All of those villages are located in central Syria, near Homs, which has taken a central role in the Syrian uprising.

A second activist group, the Britain-based Syrian Observatory for Human Rights, said 68 bodies had been brought to the hospital in Homs and that they were found between the villages of Ram al-Anz and al-Ajriyeh.

The group said it had unconfirmed reports that the dead were families that been killed by security forces while fleeing the city and called for an investigation.