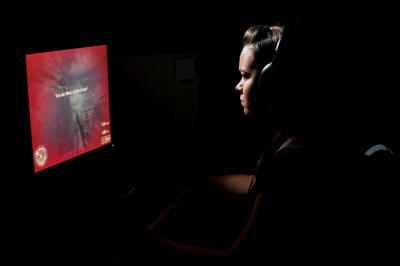 Researchers have previously turned up links between playing action video games and better hand-to-eye coordination. One study even found that doctors who played video games enjoyed superior surgery skills compared to their non-video-playing colleagues. But how far should we consider video games as training tools to augment our responses to real-life situations? Apparently, a lot further than many assumed.

Researchers say they have established for the first time a connection between playing first-person shooter games and making fast and accurate decisions.

The investigation, which was carried out by a team from the University of Rochester, assembled a test group of video-gamers and measured their reaction skills against another group consisting of non-players. The participants in the test - including those who didn't usually play action video games - were found to have improved inference skills after playing 50 hours, compared with a test group that didn't play at all, according to the researchers.

Their work, published in Current Biology, found that action video game play benefits performance in "an array of sensory, perceptual, and attentional tasks" that went far beyond the specifics of game play.

Rochester professor of brain and cognitive science, Daphne Bavelier, said that the brains of action video game players' collected visual and auditory information more efficiently, assembling relevant amounts of information needed to make decisions more rapidly than non-gamers. This process, called probabilistic inference, describes a process in which the brain accumulates and synthesizes bits of visual or auditory information until the person is ready to render what they perceive to be an accurate decision. At the same time, she disputed suggestions that action game players were prone to be trigger-happy and less accurate. She said it was just the opposite, in fact. "They are just as accurate and also faster," Bavelier said. "Action game players make more correct decisions per unit time. If you are a surgeon or you are in the middle of a battlefield, that can make all the difference."