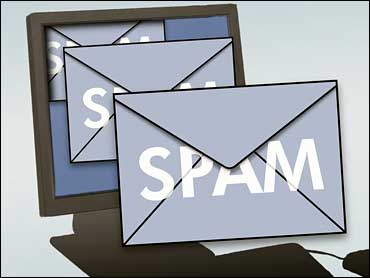 Authorities say a Minnesota man believed to be one of the world's most prolific spammers has been indicted on more than a dozen federal charges related to the operation of his business, Xpress Pharmacy Direct.

Christopher William Smith, 25, appeared Wednesday before U.S. Magistrate Judge Janie Mayeron, who ordered him held without bond. An arraignment and detention hearing is scheduled for Friday.

Xpress Pharmacy generated millions of dollars. The indictment claims that from March 2004 to May 2005 the operation generated sales of more than $20 million from medications containing a single addictive painkiller, hydrocodone.

Authorities say the indictment against Smith was unsealed Wednesday after he was arrested at his home in Prior Lake. Dr. Philip Mach, 47, of Franklin Park, N.J., and Bruce Jordan Lieberman, 45, from Farmingdale, N.Y., are also charged in the indictment.

The grand jury alleged that Smith provided prescription drugs without making sure customers had a valid prescription. The orders were obtained by advertisements in spam, on web sites and through telemarketing.

The Spamhaus Project, an international anti-spam organization based in the United Kingdom, considered Smith one of the world's worst offenders.

In May, a federal judge shut down Xpress Pharmacy and appointed a receiver to take control of the business' assets. Federal authorities seized $1.8 million in luxury cars, two homes and $1.3 million in cash.

Prosecutors allege Smith had Mach issue about 72,000 prescriptions from July 2004 to about May 2005. Mach is registered to practice medicine in New Jersey, but allegedly wrote prescriptions for patients throughout the United States and without having any contact with patients or with their primary care doctors.