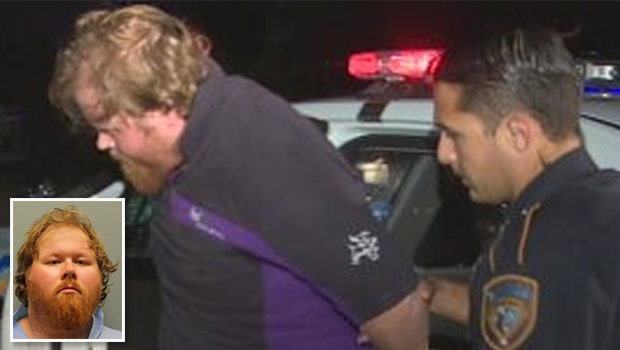 SPRING, Texas - Melanie Kaye Haskell fled Utah with her four children to get away from her violent ex-husband. Her sister helped her move to Texas, where they hoped the family would be safe.

Instead, police say, the ex-husband, Ronald Lee Haskell, 33, came looking for Melanie. When he couldn't find her, he gunned down the sister, her husband and their five children, authorities say.

One of those children, 15-year-old Cassidy Stay, survived and played dead until the shooter had left her family's home in Spring, a Houston suburb. She called authorities and was able to tell them who the shooter was and that he was looking for more family members, police said.

Court records obtained by CBS affiliate KHOU show that Haskell, 33, had a serious history of domestic violence during his 11-year marriage.

Before their divorce, Haskell, 33, lived with Melanie and their family in Logan, Utah. She filed charges after he allegedly beat her up in front of their children in 2008.

"She alleged that he had dragged her by her hair, out of the bedroom, and assaulted her, hitting her in the head," Capt. Tyson Budge of the Logan City Police told KHOU.

"And then he did it again later in the evening. She was in the children's room and he dragged her by her hair and hit her," Budge said.

Ronald Haskell was arrested for simple assault and domestic violence in the presence of children.

He pleaded guilty in abeyance, which is a legal term allowing him to complete probation and later dismiss charges on his record.

But that wasn't the end of the Haskells' problems.

Melanie Haskell obtained a protective order against Ronald Haskell in October 2013, according to court records. Police said he violated it the very same day by going to their children's school. But it was unclear whether he was actually served the order, and no charges were ever filed.

The following day, Budge said, Logan police received a call from Haskell's brother, who said he was concerned about his whereabouts and well-being.

Ronald Haskell was allowed only supervised visits with his children, ranging in age from 3 to 11.

"Until Respondent (Ronald Haskell) receives a psychological evaluation, and provides documentation from his evaluator, that he is mentally and emotionally stable enough to care for the children on his own, Respondent's parent time shall be supervised," the decree of divorce said.

The court document also spelled out terms of a restraining order that told both Ronald and Melanie to stay away from each other's homes and not to commit or threaten to commit any form of violence against each other.

Katie Stay "was very instrumental in helping her sister get here so she could have a fresh start. Katie's a spitfire. She has energy to stand up for what she believes is right and true," neighbor Verena Beckstrand told The Associated Press.

When Ronald Haskell went looking for his ex-wife, he started at her sister's house. But Melanie wasn't living there, and Katie and her husband, Stephen Stay, refused to say where she was. That's when, police say, Haskell shot the Stays and their five children, only one of whom survived.

"It's hard to wrap my mind around it. So many people have been affected by this one man's actions. I just can't understand it," he said.