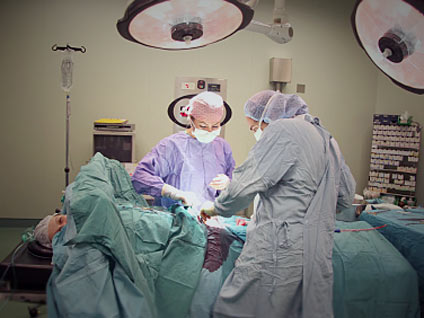 For many people, undergoing surgery and other procedures that require anesthesia can be fraught with anxiety. Some people fear they won't ever wake up after being "put under," a risk highlighted by the recent death of Joan Rivers after a seemingly routine procedure.

Also rare, but worrying, is the possibility of regaining consciousness before an operation is over. This situation is known as "accidental awareness during general anesthesia" (AAGA) and is feared by both patients and anesthesiologists.

Now a new study -- the largest of its kind -- finds that approximately 1 in every 19,000 people wake up or become aware of their surroundings after receiving anesthesia. The incidences of accidental awareness during general anesthesia are actually not as high as was previously thought; in prior estimates, experts reported that 1 in 600 surgical patients experienced AAGA.

The latest study, published in the journal Anaesthesia, is based on three years of research conducted by the Royal College of Anaesthetists and the Association of Anaesthetists of Great Britain and Ireland. The study included more than 300 new reports on the topic.

Researchers found that most episodes of accidental awareness are brief and most typically occur before or after surgery. But unfortunately, 51 percent of episodes led to serious distress and 41 percent caused much longer-term psychological harm to the patients, who reported feelings that included extreme fear and panic. Some patients reported feeling physical sensations during the episodes that included tugging, stitching, pain, paralysis and choking. In the worst of circumstances, patients said they suffered from long-term post-traumatic stress disorder.

One patient cited in the study described what happened when she suffered an episode of AAGA during an orthodontic operation at the age of 12.

"Suddenly, I knew something had gone wrong," said the woman, identified only as Sandra. "I could hear voices around me, and I realized with horror that I had woken up in the middle of the operation, but couldn't move a muscle... while they fiddled, I frantically tried to decide whether I was about to die."

She reported suffering nightmares for more than 15 years.

The researchers found that patients appear to be at highest risk for experiencing AAGA during caesarean section and cardiothoracic surgery, if they are obese or when there is difficulty managing the airway at the start of the procedure.

"The most compelling risk factor is the use of muscle relaxants, which prevent the patient moving," Prof. Jaideep Pandit, Consultant Anaesthetist in Oxford and Project Lead, said in a statement. "Significantly, the study data also suggest that although brain monitors designed to reduce the risk of awareness have a role with certain types of anaesthetic, the study provides little support for their widespread use."

Here's how climate change is hurting your health
Jessica Firger