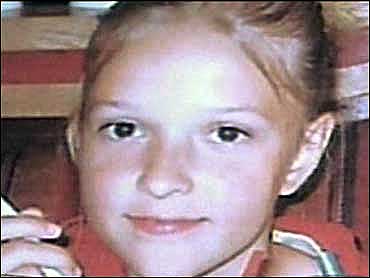 The maker of OxyContin, a prescription painkiller linked to a growing number of overdoses and deaths, said Wednesday that it has come up with blueprints for a "smart pill" that would be tougher to abuse.

The new painkiller, which has yet to be named and would not be available for at least three years, would destroy its own narcotic ingredients if crushed into a powder and snorted or injected - the typical manner in which OxyContin currently is abused.

"Addicts and abusers are going to find this very undesirable," said Dr. J. David Haddox, senior medical director for Purdue Pharma LP of Stamford, Conn. "Before long they're going to say, 'Don't mess with that stuff; that's no good.'"

Purdue spokesman Jim Heins said the drug could become an alternative to their top-selling painkiller in areas like rural Appalachia where prescription drug abuse is especially high.

OxyContin is a slow-release narcotic painkiller that is widely prescribed for victims of moderate to severe chronic pain resulting from such problems as arthritis, back trouble and cancer. One pill is designed to last 12 hours, but abusers usually crush the medicine and then snort or inject it, producing a quick, heroin-like high.

The drug has been blamed for contributing to more than 100 deaths nationwide. Purdue, which has become the target of at least 13 OxyContin-related lawsuits in five states, says those estimates are unreliable and that in the vast majority of those cases, the victims were abusing other drugs at the same time.

Like OxyContin, which was introduced in December 1995, the new drug would be for victims of moderate to severe chronic pain.

However, it would be embedded with microscopic "beads" of naltrexone, a narcotic antagonist that counteracts the medicine.

The beads would be coated with a chemical to keep them from dissolving, so the pain medication will work just like OxyContin if taken as directed.

But if the pill is crushed or chopped up, the coating on the beads would break, releasing the naltrexone and canceling the drug's effects, Haddox said.

Purdue is still conducting tests on the new drug, which could be ready in three years.

Officials have not decided yet whether to make oxycodone the active ingredient, or to include a different narcotic altogether, like morphine.

If the Food and Drug Administration approves the drug, it would be one of only a few abuse-resistant drugs on the market. The first smart pill, a painkiller called Talwin NX, uses an antagonist called naloxone to achieve similar effects.

"Hopefully, this will assuage law enforcement that ...painkillers can be safe," Weiner said.

Purdue has been criticized for not reformulating OxyContin to be like Talwin. Company officials decided against doing so, Haddox said, becuse they were concerned that naloxone might create a "ceiling" effect in OxyContin. Such a drug would not increase in potency past a certain point, even if a patient takes higher and higher doses.

"We think this is a much more elegant solution to the problem," Haddox said.

Purdue officials said the timing of the patent has nothing to do with lawsuits from people claiming they're addicted to OxyContin and others who want to hold the company responsible for illicit abuse of the drug.

This week, Purdue said it expects an international patent application will be published on their "sequestered naltrexone" technology, an initial step that expedites the formula protection process in some countries. Heins said the company also will seek individual patents in the United States, Japan, Europe and other major markets.

By Chris Kahn
© MMI The Associated Press. All Rights Reserved. This material may not be published, broadcast, rewritten, or redistributed