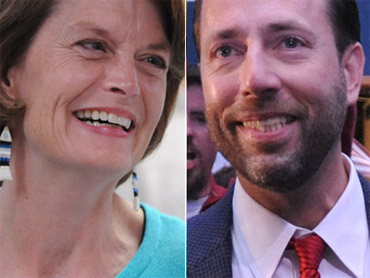 Tuesday's count comes a week after the election and marks the first wave of absentee ballots to be calculated; those from overseas and military addresses aren't due until Nov. 17.

Write-ins held the lead over GOP nominee Joe Miller. But it's not clear how many of those were for Sen. Lisa Murkowski, who ran as a write-in after losing the primary to Miller.