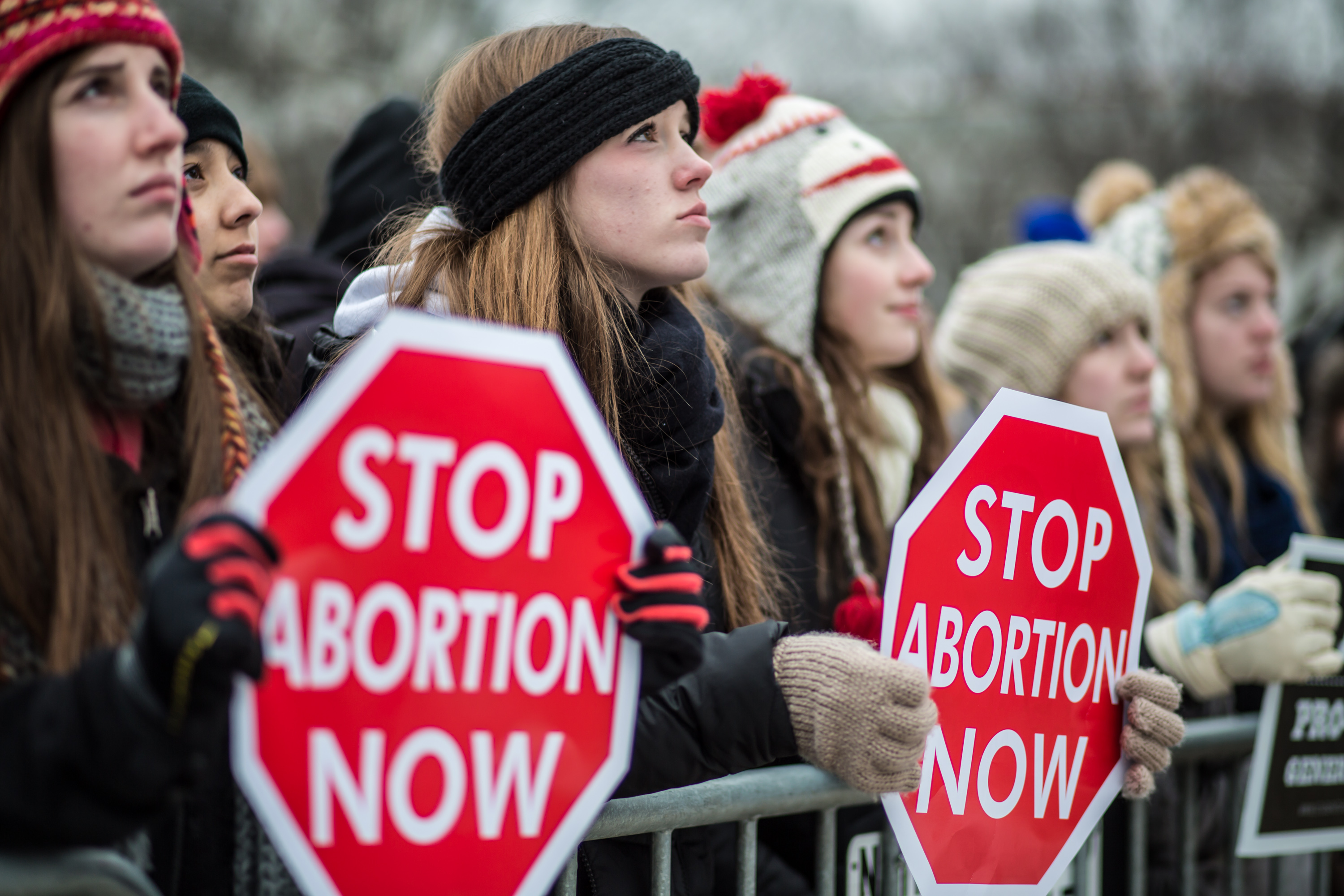 Abortions have declined in states where new laws make it harder to have them - but they've also waned in states where abortion rights are protected, an Associated Press survey finds. Nearly everywhere, in red states and blue, abortions are down since 2010.

Explanations vary. Abortion-rights advocates attribute it to expanded access to effective contraceptives and a drop in unintended pregnancies. Some foes of abortion say there has been a shift in societal attitudes, with more women choosing to carry their pregnancies to term.

Several of the states that have been most aggressive in passing anti-abortion laws - including Indiana, Missouri, Ohio, and Oklahoma - have seen their abortion numbers drop by more than 15 percent since 2010. But more liberal states such as New York, Washington and Oregon also had declines of that magnitude, even as they maintained unrestricted access to abortion.

Nationwide, the AP survey showed a decrease in abortions of about 12 percent since 2010.

One major factor has been a decline in the teen pregnancy rate, which in 2010 reached its lowest level in decades. There's been no official update since then, but the teen birth rate has continued to drop, which experts say signals a similar trend for teen pregnancies.

The AP obtained the most recent abortion numbers from the health departments of all 45 states that compile such data on a comprehensive basis. (States not compiling such data are California, Maryland, New Jersey, New Hampshire and Wyoming.) With one exception, the data was from either 2013 or 2014 - providing a unique nationwide gauge of abortion trends during a wave of anti-abortion laws that gathered strength starting in 2011.

Among the groups most active in promoting the restrictive laws is Americans United for Life. Its president, Charmaine Yoest, suggested that the broad decrease in abortions reflected a change in attitudes among pregnant women.

"There's an entire generation of women who saw a sonogram as their first baby picture," she said. "There's an increased awareness of the humanity of the baby before it is born."

But advocates for abortion rights said the figures demonstrate that restrictive laws are not needed to reduce the number of abortions significantly. That can be achieved, they said, by helping more women obtain affordable, effective contraception, including long-lasting options such as IUDs and hormonal implants.

"Better access to birth control and sex education are the biggest factors in reducing unintended pregnancies," said Cecile Richards, president of the Planned Parenthood Federation of America. "More restrictive abortion laws do not reduce the need for abortions."

Elizabeth Nash, a state-issues expert for the Guttmacher Institute, a research group that supports abortion rights, said a total of 267 abortion restrictions have been enacted in 31 states since 2011. Among them are measures that ban most abortions after 20 weeks of pregnancy, impose hospital-like physical standards on abortion clinics, and require doctors who perform abortions at clinics to have admitting privileges at nearby hospitals.

While some of the new laws have been blocked by lawsuits, most have taken effect, contributing to closure of about 70 abortion clinics in a dozen states since 2010. States with the most closures, according to state officials and advocacy groups, include Texas with 27, Michigan and Arizona with about 12, and Ohio with at least four. Two clinics closed in Virginia, including one that was the state's busiest.

The only states with significant increases in abortions since 2010 are Republican-led Louisiana and Michigan, which have passed laws intended to restrict abortion. Louisiana - where abortions increased 12 percent between 2010 and 2014 - was recently honored by Americans United for Life as the No. 1 state in taking steps to reduce access to abortion.

In both Louisiana and in Michigan, where abortions rose by 18.5 percent, the increases were due in part to women coming from other states where new restrictions and clinic closures have sharply limited abortion access. Anti-abortion groups said many Ohio women were going to Michigan and many Texas women to Louisiana.

Genevieve Marnon of Michigan Right to Life said the increase resulted in part from new licensing and inspection regulations that prompted several abortion clinics to close a few years ago. She said some of these clinics had failed to report many of the abortions they performed and that women in those communities were now going to clinics with more scrupulous reporting practices. In all, about a dozen clinics closed; Marnon said 19 remain in operation.

Both sides agree that one factor in Michigan's upsurge in abortions is an influx of women coming from Ohio, where several abortion clinics recently closed. According to Michigan's health department, abortions for nonresidents jumped from 708 in 2013 to 1,318 in 2014.

Northland Family Planning, which operates three abortion clinics in southern Michigan, has been openly soliciting business from women in Ohio and Indiana. Its website notes that one of its clinics is less than 60 miles from Toledo, Ohio.

An influx of women from out-of-state also was cited as a reason for Louisiana's increase. Ben Clapper, executive director of Louisiana Right to Life, said abortions for nonresidents jumped by more than 1,200 between 2010 and 2012, and suggested new restrictions in Mississippi and Texas were a factor.

Ellie Schilling, a lawyer who represents Louisiana abortion clinics, said the state could reduce abortions through expanded sex education and other efforts to reduce teen pregnancies. The rise in abortions "is absolutely not because access has increased," Schilling said. "There were fewer clinics and doctors in 2014 than 2010."

The biggest decrease in abortion, percentage-wise, was in Hawaii, where abortions fell from 3,064 in 2010 to 2,147 in 2014. Laurie Temple Field, government relations director for Planned Parenthood in Hawaii, said more women there were getting access to health insurance and affordable contraception. She also credited the state's policies on sex education in public schools, which includes information to help teens avoid unplanned pregnancies.

Five of the six states with the biggest declines - Hawaii at 30 percent, New Mexico at 24 percent, Nevada and Rhode Island at 22 percent, Connecticut at 21 percent - have passed no recent laws to restrict abortion clinics or providers.

Nancy Northup, who as CEO of the Center for Reproductive Rights has overseen some lawsuits against state restrictions on abortion, said, "All of this effort is being spent on passing legislation and on litigation, when in fact what those states should do is take a look at the blue states and what they're doing right in decreasing abortions."

Judy Tabar, CEO of Planned Parenthood of Southern New England, said the declines in Connecticut and Rhode Island were due in part to expanded access to long-lasting contraception methods that are now fully covered by health insurers under the federal Affordable Care Act, Medicaid expansion and other initiatives. Nationwide, Planned Parenthood - the largest abortion provider in the U.S. - says its health centers report a 91 percent increase since 2009 in the use of IUDs and contraceptive implants.