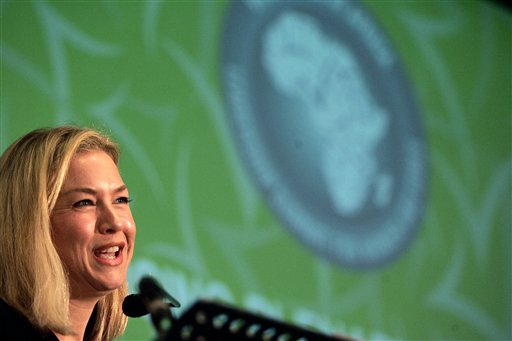 Abortion foes said that allowing a plant in China to make abortion pills for American women is an "outrage" that puts patients at risk, but a sponsor of the drug says it meets all the "rigorous standards" required by law.

Officials in China confirmed on Thursday that the Shanghai-based Hua Lian Pharmaceutical Co. will make the raw compound for RU-486, or mifepristone, an abortion drug approved last month for use in the United States.

The Food and Drug Administration refused to identify the manufacturer when it approved mifepristone two weeks ago, saying it feared for the safety of the drug plant and its workers. The agency persisted in its refusal Thursday, even though family planning officials in Shanghai confirmed Hua Lian's role in the manufacture of the abortion drug.

Rep. Christopher Smith, R-NJ, a persistent abortion foe, denounced the arrangement in China, a country he has accused of committing crimes against humanity for requiring abortions as a population control measure.

"The company that produces baby poison for enforced abortion in China will now be producing it for American women," said Smith. "The Chinese government will make money on the killing of unborn children in America. ... This is an outrage."

The FDA still refuses to discuss the manufacturing arrangement for RU-486.

FDA Commissioner Jane Henney has cited anti-abortion violence for her decision to keep secret both the manufacturer and the names of FDA employees who scrutinized the drug. The FDA also increased security in some of its offices.

The Washington Post first revealed the name of the Chinese plant on Thursday, reporting that Hua Lian is one of two Chinese factories that make RU-486 for abortions in China.

China has a policy permitting urban couples to have only one child and uses compulsory abortion to enforce that quota.

Douglas Johnson, legislative director of the National Right to Life Committee, said that permitting the import of a Chinese-made abortion drug poses a health risk for American women.

"It is a public health issue because China is a major source of impure drugs, and the FDA cannot possibly monitor a Chinese factory effectively," Johnson said in a statement.

But an FDA spokesman said the agency thoroughly inspected the Hua Lian plant before mifepristone was approved. The plant will be re-inspected every two to four years to ensure quality.

"Foreign supply of drug ingredients is not at all unusual," said the spokesman. "About 80 percent of the ingredients for American drugs are from foreign sources."

Hua Lian got help from the U.S.-based Rockefeller Foundation in winning the production license for RU-486 under FDA specifications, said Gao Ersheng, a research director at the Shanghai Family Planning Commission.

RU-486 was first developed by the French manufacturer Roussel-Uclaf, but that company declined to make or distribute the drug in the United States.

The Population Council then awarded U.S. distribution rights to Danco Laboratories, a New York firm with an unlisted phone number and address. The Washington Post reported that Danco was formed in the Grand Cayman Islands in 1995. Danco is to market RU-486 under the brand name Mifeprex.

Sandra Waldman, a spokeswoman for the Population Council, said questions about the quality of the Chinese-made drug "is a phony issue" because the drug has met "all the vigorous standards" that FDA - approved products must meet.

Waldman said the Council was still concerned about the safety of groups, including workers at the Chinese factory, who are involved in producing and distributing RU-486 in the U.S. The Council recently hired a guard for its New York offices.

A statement from Danco said the plant that will make RU-486 for the U.S. market meets "both Danco's drug specifications and the current good manufacturing practices of the FDA."

The statement said Danco had a contractual agreement that "prohibits us from discussing the identity or location of the manufacturer."

Smith, the New Jersey congressman, said he fears patients who are injured by RU-486 will not be able to seek damages from the manufacturer because the plant is located in China.