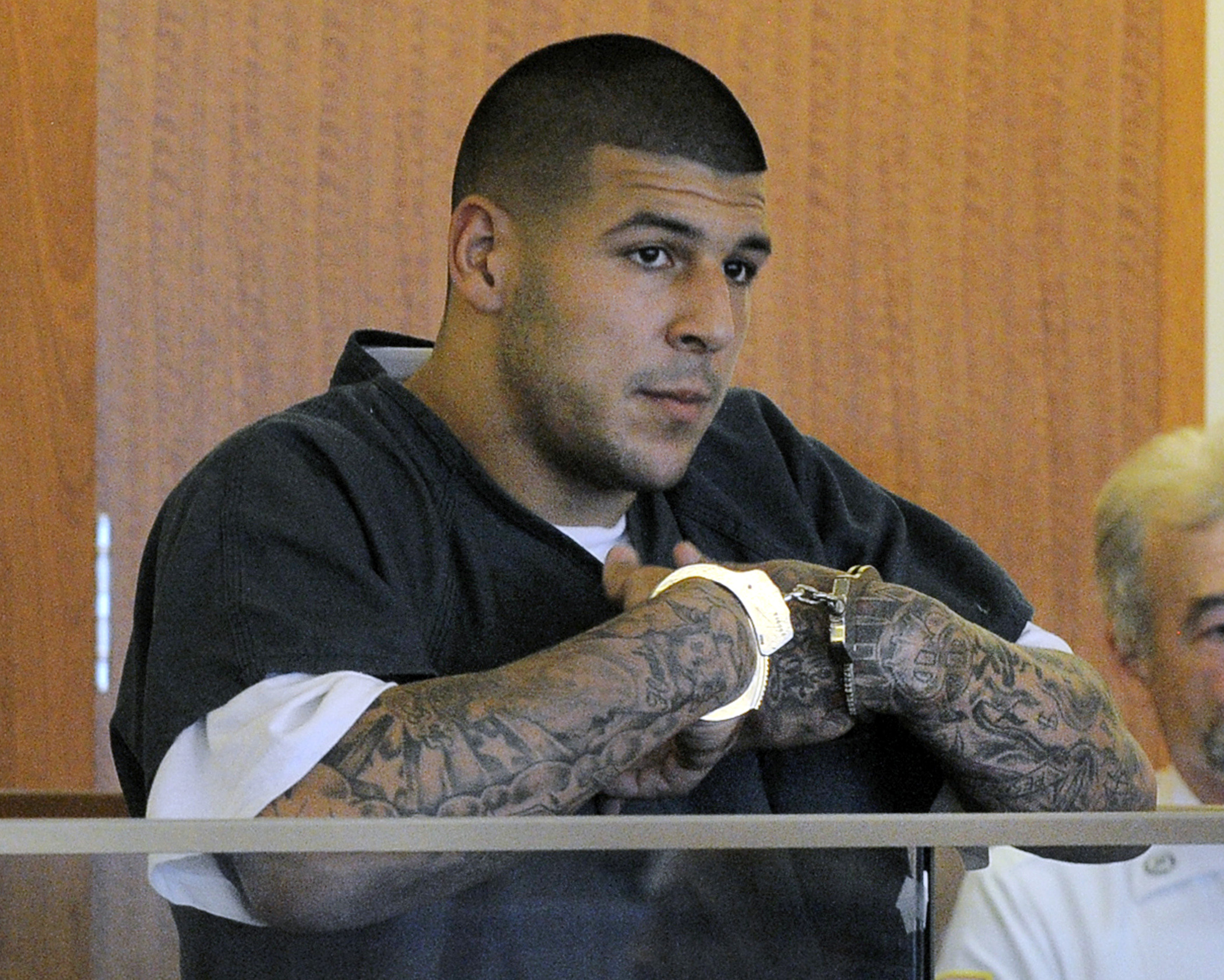 (CBS/AP) ATTLEBORO, Mass. - New court records say that an associate of Aaron Hernandez told police the former New England Patriot put guns in a box in his basement after returning from the industrial park where his friend was fatally shot.

Hernandez, 23, has pleaded not guilty to murder in the death of Lloyd, a 27-year-old Boston semi-professional football player whose body was found June 17 near Hernandez's North Attleborough, Mass., home.

Authorities believe Lloyd was killed with a .45-caliber Glock, which hasn't been recovered.

On Thursday, TMZ released a letter Hernandez reportedly wrote in response to a fan. In the letter, the ex-NFL star maintained his innocence in the death of Lloyd. CBS Boston reports a sports memorabilia shop in Massachusetts obtained the letter from the fan and sold it to TMZ for $18,000.