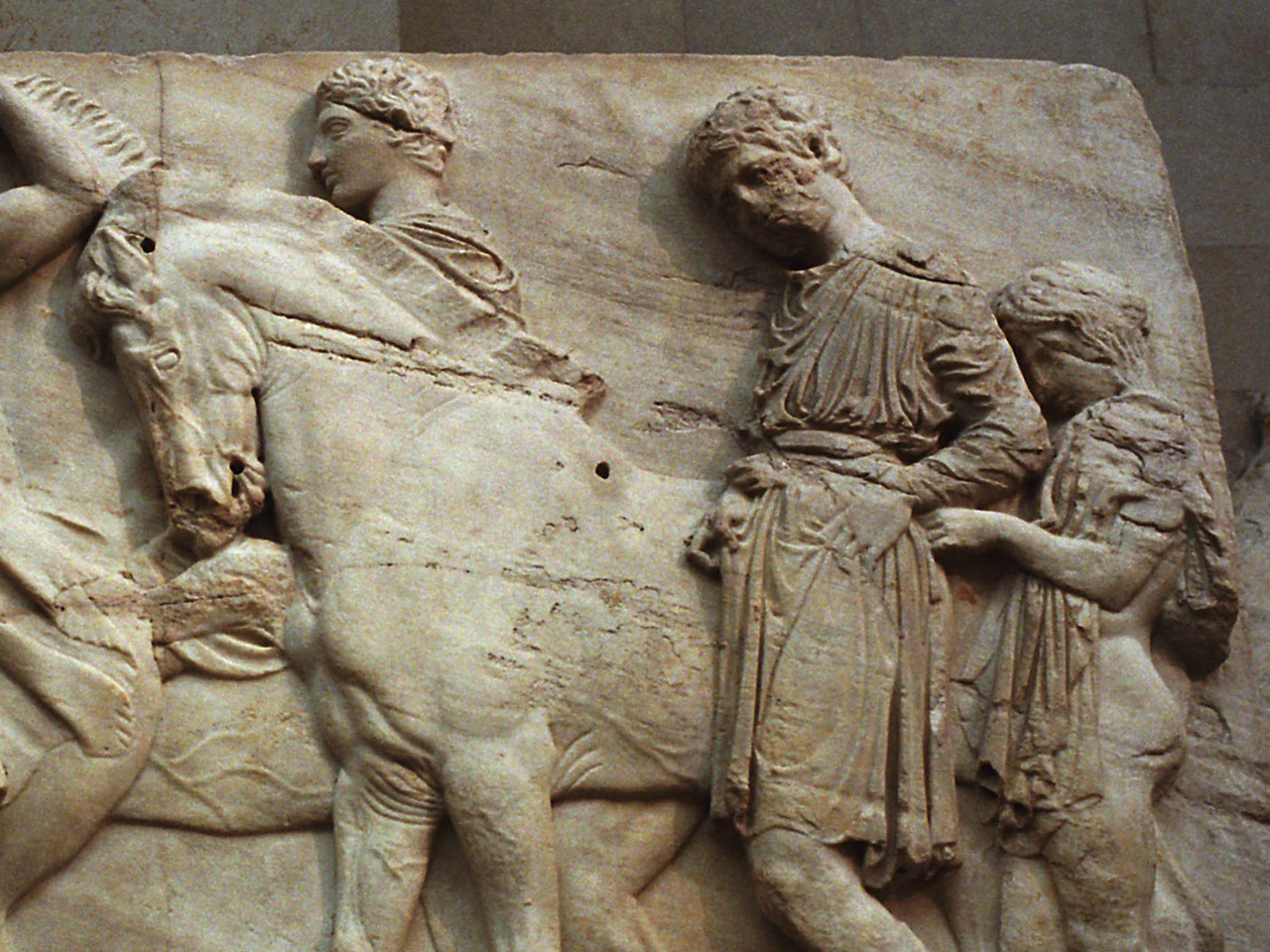 It's often said that possession is nine-tenths of the law. While that is not actually a legal term, it is at the heart of a tug-of-war over ancient treasures that have ended up far from home. Our Cover Story is reported by Mo Rocca:

"We have here objects which you can see all around, that they're so big, they could not be moved outside of Egypt," Tawfik told Rocca. "And they're real masterpieces."

Masterpieces like the tomb of King Tutankhamun, and one of the most prized artifacts of the ancient world: the Rosetta Stone. The granite tablet was key to deciphering hieroglyphics and unlocking the secrets of ancient Egypt.

"This was the beginning of modern Egyptology," said Tawfik.

Impressive! Except for one thing: It's a facsimile of the real thing.

How it got to London is a tale of imperialist intrigue: the French discovered it in 1799 when they invaded Egypt. When French forces surrendered to British troops in 1801, the stone was handed over.

It’s been in England ever since.

"It should be in Egypt, because this was the piece which brought all of the pieces that we have from ancient Egypt to life," Tawfik said.

"Is there an argument to be made that it's in very good hands in the British Museum, and a lot of people from all over the world end up seeing it there?" Rocca asked.

Egypt wants it home. In fact, governments around the world are trying to “repatriate” objects that they say were illegally acquired.

And museums are listening. In 2011 the J. Paul Getty Museum in Los Angeles returned an iconic statue of a Greek goddess to Italy. This past May, New York’s Metropolitan Museum of Art announced the return of art to Cambodia.

And Turkey has demanded the return of antiquities from museums in several countries, and has threatened to withhold loans of artwork to some institutions until those demands are met.

"A lot of museums, by virtue of their research, are discovering aspects of their collection that need a fresh look," said Maxwell Anderson, director of the Dallas Museum of Art. He said his museum has restituted works to the Italian government last year, and to the Turkish government.

"We have to collect in ways that are responsible, and we have to address claims when there are grounds for those claims," Anderson said.

Or a court may very well force them to. The Saint Louis Art Museum is being sued for the return of the Ka-Nefer-Nefer mask to Egypt.

Dr. Mohammed Ibrahim, Egypt's Minister of Antiquities, said the mask was stolen from his country and sold to the Saint Louis Museum. "And when they discovered that we are asking for that, they offer to negotiate."

Rocca asked, "Egyptian treasures that are in museums overseas, are they not great ambassadors for Egypt?"

"They are, if they have been taken legally," Dr. Ibrahim said. "But illegal parts, I think we have the whole right on getting them back."

It's an argument also made by Greece in its longstanding demand for the return of the famed Elgin Marbles -- sculptures that once graced the Parthenon.

"Who can give a permission to divide a monument? Who is authorized to do that?" asked Dr. Dimitrios Pandermalis, president of Greece's new Acropolis Museum, built at the foot of Athens' Parthenon. Inside his museum are some of the greatest of Greek classical sculptures.

He showed Rocca the west frieze, on which missing parts had been replaced with copies of the originals, the majority of which are in London's British Museum. Pandermalis hopes to someday reunite the divided works.

"It is unthinkable today to have a body in Athens and the head in the British Museum," Dr. Pandermalis said.

But how legitimate are these claims?  Whether something was “illegally” acquired isn’t always clear. The Elgin Marbles were given to the Brits (albeit by the Turks, who occupied Greece in the early 1800s).

"How do you go back?" said Kimerly Rorsarch, director of the Seattle Art Museum. "I mean, throughout history, wars, disruption, things have changed hands in distressing ways."

Rorsarch and Maxwell Anderson say that claims on recently acquired artifacts should be handled with the utmost seriousness. But cases like the Rosetta Stone or the Bust of Nefertiti (in Berlin for a whole century) are different, they say, because they've become part of the heritage of the countries they're currently in.

"If something's been somewhere long enough, it should stay there," said Anderson. "You cannot go back in time. The only thing you can do is look forward to an appropriate pace of acquisitions, and to solving those problems that are recent in time."

And on the subject of recent problems? Security at the museums themselves. Three years ago the Egyptian Museum was looted, and the building next to it torched.  Only a human shield of patriotic Egyptians prevented a ransacking.

Today, the political situation only seems to be worsening. Witness yesterday's clashes on the streets of Cairo.

An unstable government, Anderson points out, is more likely to exploit the issue of art repatriation.

"Yes, there's certainly a groundswell of nationalism in a lot of countries that are looking to legitimize current governments through an appeal to their past and their heritage," said Anderson. "And we all understand that politicians have to do what they have to do.

"But as scientists and archaeologists and art historians and museum officials, our job is to protect objects and heritage. It's not to solve the nation-building efforts of one country or another."

And yet, what might seem like a series of bitter custody battles between museums and foreign governments could actually result in more cultural exchange.

"We had to change this issue of demanding to an issue of collaboration and of sending other monuments, other pieces, to the British Museum for temporary exhibitions," said Dr. Pandermalis of the Acropolis Museum. "We can do really very productive work together."

Maxwell Anderson said the Dallas Museum of Art is borrowing works from Italy, offered by that nation's Ministry of Culture in recognition of their return of antiquities. "And the Turkish government, the same; we're going to be borrowing works from their collections," said Anderson. "Those are great opportunities -- for research, for teaching the American public, also, about the heritage of those countries.

"It's an exciting frontier ahead."