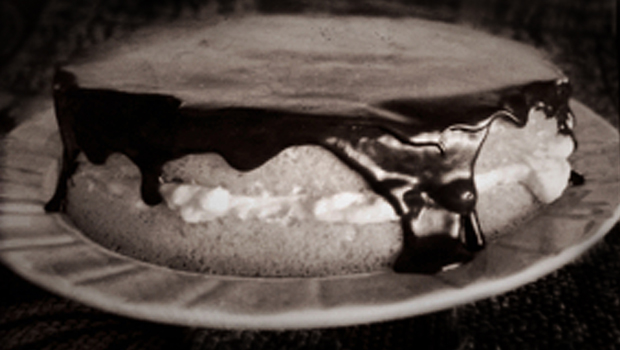 Susan Spencer of "48 Hours" travels to Boston for a treat on the menu:

"Nothing!" laughed Tice. "It's a wonderful dessert!"

Wonderful, yes ... and completely misnamed. It's not a pie at all.

"No, it's a cake," said Tice. The pie name came because it was originally baked in pie shells.

It was named the Official State Dessert of Massachusetts in 1996. "We beat out tollhouse cookies and Fig Newtons," said Tice.

And its appeal? "It's simple flavors, that just bring you back to your childhood," he said.

Boston Cream Pie has been made more or less the same way since it was invented over a century ago at this very hotel, whose kitchen, the chef notes, has had some famous -- and unlikely -- employees...

"Malcolm X was a busboy," he said. "Ho Chi Minh worked in the bake shop."

"Yes, he could." And Malcolm X presumably could've cleaned up after somebody that had just eaten one.

"That is good," said Spencer. "I have to keep eating it just to make sure it's still good."

Which explains why their kitchen turns out some 300 Boston Cream Pies a day -- both miniature-sized, and enough for a crowd.

"I'd say about 80% of the people that order dessert are the Boston Cream Pie," said Tice.

But as the chef (and the entire state of Massachusetts) will tell you, it's worth every calorie-laden penny.

Spencer asked, "What comes to mind immediately when I say Boston Cream Pie?"

Not to overstate it.