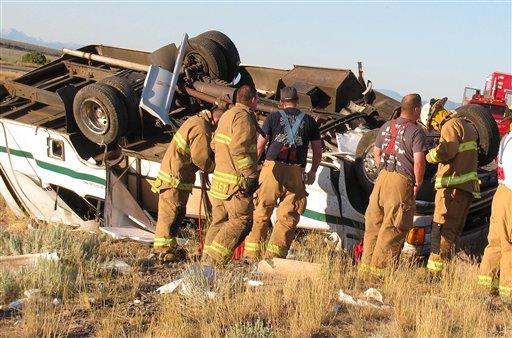 He didn't stay at Apple long enough to be part of the team that shipped it out the door, but Jef Raskin, who died on Saturday, is widely regarded as the creator of the Apple Macintosh.

Raskin, who started working as head of the Apple publications department in 1978 as employee # 31, envisioned a computer that was cheaper and easier to use than the machines that were around during the late 70s and very early 80s.

He actually began the Macintosh project in 1979, not long after Apple launched the Apple II and two years before IBM came out with its first PC. When the Mac finally shipped in 1984, it was competing with Apple DOS, CP/M and MS-DOS that required typing obscure commands to get anything done.

Although Raskin did not come up with the software design that Apple was eventually to use for its Macintosh, he is credited for naming the computer after his favorite fruit. Raskin pulled together the original Mac design team but left the company in 1982, two years before the first Mac went out the door.

But his contribution went behind coming up with a name and recruiting talented developers.

In an undated article that appears on Forklore.org, veteran Macintosh programmer Andy Hertzfeld wrote "There is no doubt that Jef was the creator of the Macintosh project at Apple, and that his articulate vision of an exceptionally easy to use, low cost, high volume appliance computer got the ball rolling."

Hertzfeld at the same time points out that "Jef did not want to incorporate what became the two most definitive aspects of Macintosh technology - the Motorola 68000 microprocessor and the mouse pointing device." Yet, as Hertzfeld acknowledges, "He also deserves ample credit for putting together the extraordinary initial team that created the computer."

Although Jef had reportedly visited Xerox PARC (Palo Alto Research Center) and had seen that company's pioneering work on graphical user interfaces, Raskin's vision of computing focused less on graphics and the use of the mouse and more on trying to find simple and "humane" ways to control a personal computer. He wrote that "for an interface feature to be humane it must be easily learned and it also must become automatic without interfering with the learning of or habituating to other features."

Ultimately, Raskin was not satisfied with the software behind the Macintosh, Windows or any other major computer systems. "Major paradigms that underlay most of today's interfaces … are far from helpful to good human-machine interaction," he wrote in the summary of his book, "The Humane Interface."

Raskin's vision of the ideal interface involved better search methodologies, the elimination of all "modal aspects of the basic human-machine interface" and "improved navigation methods." In 2004, Raskin told The Guardian "Unfortunately, the Mac is now a mess," arguing that even the Macintosh's relatively intuitive interface was still not easy enough.

He does make a good point. While Macs are clearly easier to use than Windows machines, they're not as easy to use as pocket knives, refrigerators and most other devices in our homes. On the other hand, they're probably at least as easy to use as today's new high-definition TVs, which says something about the way technology is becoming more complex.

In 1987, Raskin had the opportunity to put his design ideas into practice with the release of the Canon Cat, a small desktop computer that featured a very unique text-based user interface that not only lacked modes such as spreadsheet and word processing but didn't even use files.

As I recall from my testing of the Cat, it was as if everything was a single program and a single document. You got from place to place by pressing the "leap key" that invoked a quick search of the document. Raskin claimed that navigating via "leap" is considerably faster than using a mouse. Canon sold 20,000 of the units before it was pulled from the market, only six months after it was introduced.

Raskin didn't give up. He founded the Raskin Center for Humane Interfaces, where he and colleagues - including his son Aza Raskin - continued to develop software to create a more intuitive interface between man and machine. The institute is hard at work on a program called "Archy" that is slated to be available later this year.

Jef Raskin has passed away, but his work goes on.