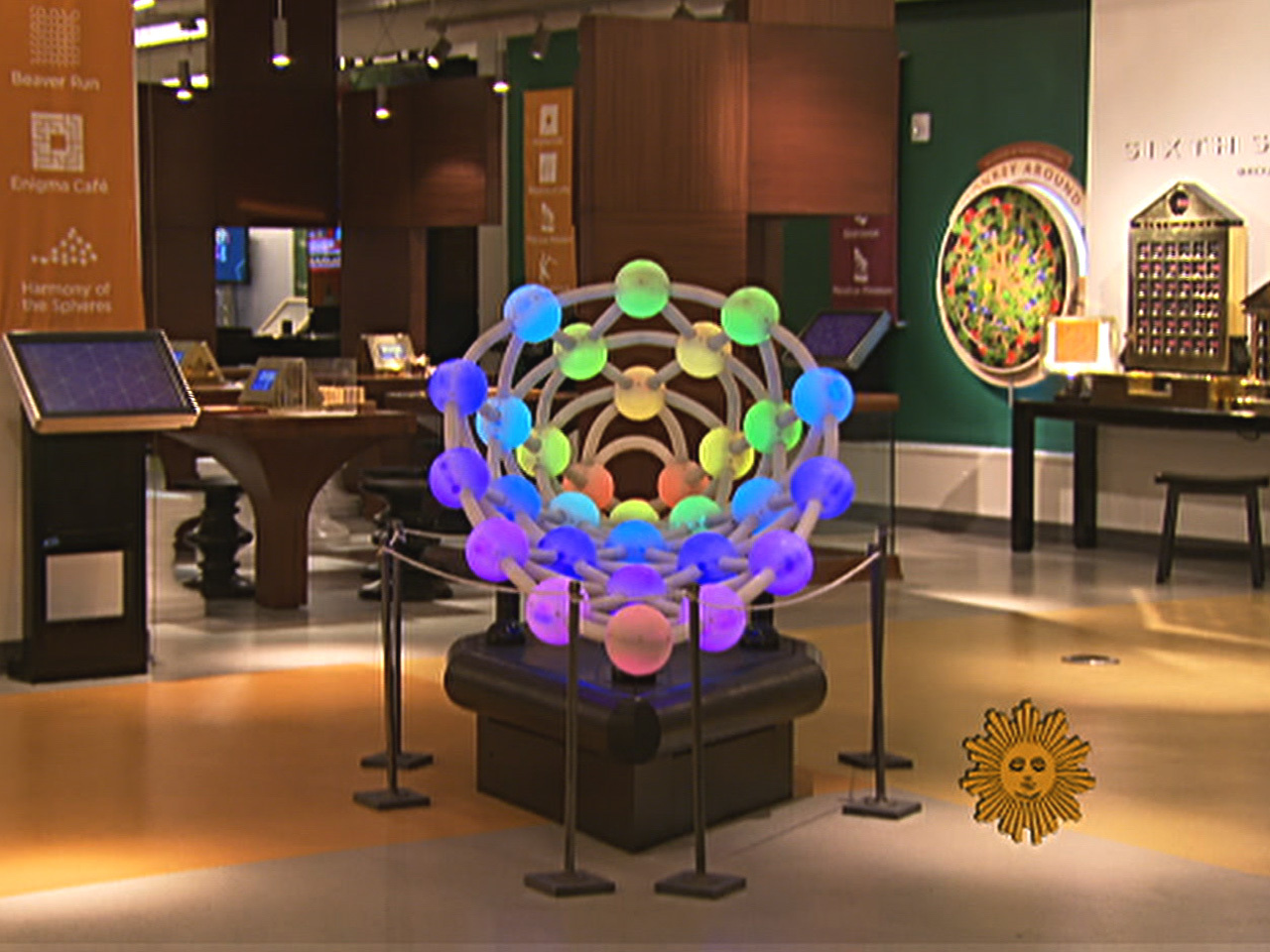 (CBS News) Take an unpopular academic subject, a dedicated visionary, and $23 million, and what have you got? Why, it all adds up to the museum our Mo Rocca's about to guide us through:

Not only do most of us not like it; we're also not very good at it.

Glen Whitney is good at math.

He's got a Ph.D in it, and is trying to change the way we think about one of our least favorite subjects.

"I loved math. I loved algebra. I really loved geometry, [but] I hit the wall at pre-cal," said Rocca.

"That's the problem," said Whitney, "because you were only given one road to go through mathematics. You got the impression that once you hit the wall, that's it. There's nothing more for you. In fact, math is this extremely, very beautiful landscape. And we're showing people just one road cut right through the center of it."

Whitney says our math curriculum is designed for rocket scientists.

Literally! Fifty years ago America was in a space race against the Soviet Union, and beefing up on our math program was seen as a winning solution.

Whitney said America was on a mission then: "We had to, you know, beat the Soviets to the moon. So we needed, you know, the young, bright science or math kid to be our hero to take us to the moon. And we haven't had a mission like that since then to capture the public imagination as to the importance of math."

That's where Whitney and his latest project come in -- a museum devoted entirely to math.

"With our opening, there's now one math museum in North America," he told Rocca.

The Museum of Mathematics (MoMath for short) opened in December in New York City.

Museum co-founder Cindy Lawrence showed Mo around. There was a square-wheeled tricycle that somehow rides like a dream. "It's smoother than a Lexus," Rocca laughed.

You can see and hear the connection between math and music.

"Every sphere we touch, you're hearing three notes -- a triad, a chord," Lawrence said.

"There's something sinister, eerie about it. Minor keys are always kind of evil, right?"

You can get your freak on with fractals. And what are fractals?

"A fractal is a pattern of repetition where the same image is repeated over and over again, but in even smaller sizes," said Lawrence.

And only here could you call a bathroom, a mathroom, with pentagonal sinks that go down to a triangular base.

The message is simple: math is everywhere; a part of our daily lives, from the time you get out of bed ("Timekeeping was one of the original drivers for the creation of mathematics," said Whitney), to putting on your glasses ("Optics has its foundation in mathematics"), to knotting your bow tie ("I see your bow tie. And the knot there is one of the most vibrant, rich areas of mathematics right now").

And that's the point - math may not be as easy as pi, but it isn't so square, either.

"Do you think that math lovers can seduce the math haters into liking math?" aske dRocca.

"People who are really engaged with math understand that there's a lot of folks out there that don't see it the same way they do," said Whitney. "And they really want to show them the beauty and the wonder and the excitement that they experience. So hopefully, we've done that. Time will tell. But that's certainly what we're trying to do."

On the brink: The Endangered Species Act

When the system fails, families may pay the ultimate price
Thanks for reading CBS NEWS.
Create your free account or log in
for more features.
View CBS News In
CBS News App Open
Chrome Safari Continue
Be the first to know
Get browser notifications for breaking news, live events, and exclusive reporting.