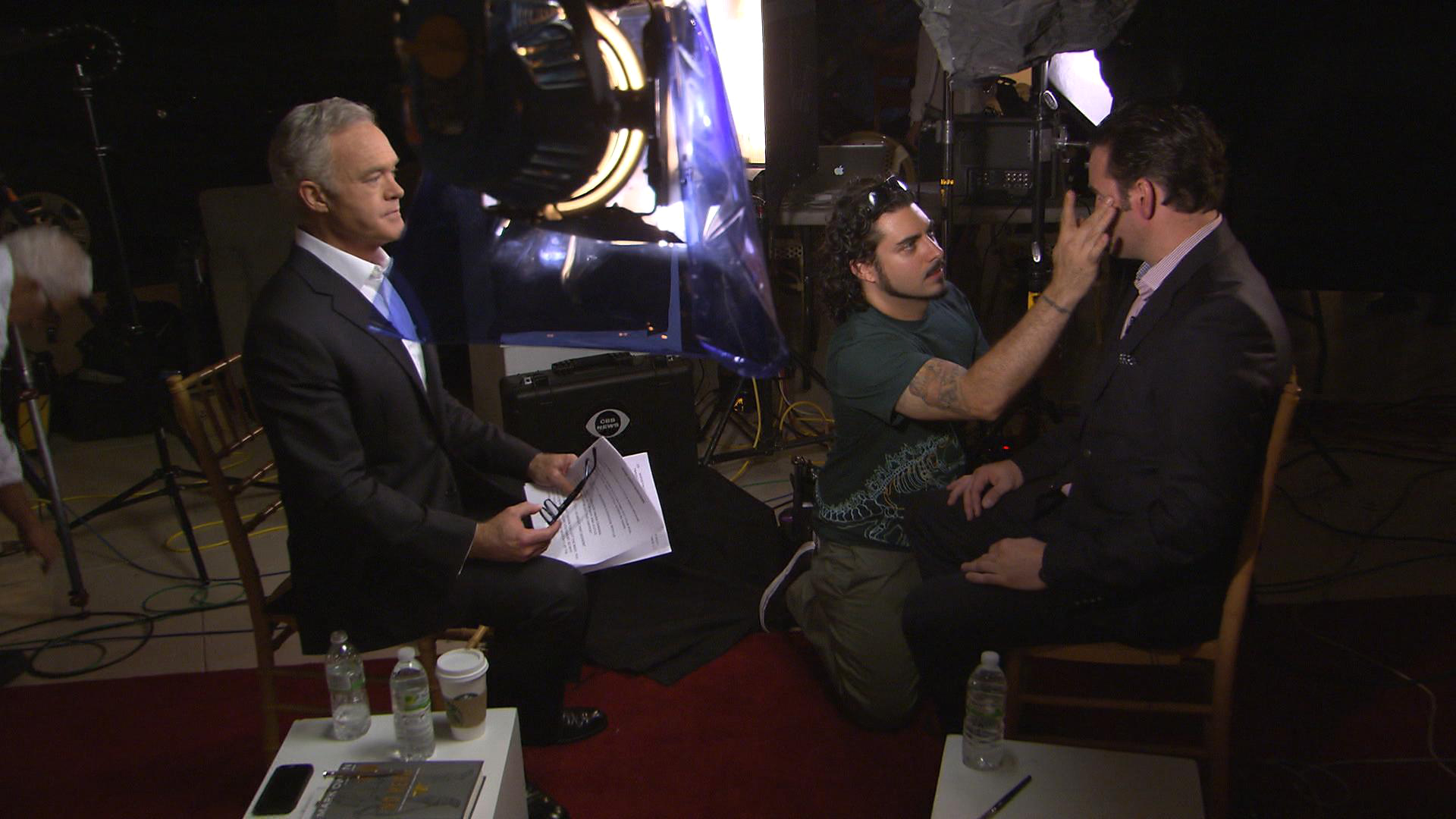 "He walked into the interview. His lawyer was there. Lawyer didn't recognize him," Scott Pelley recalls about his recent interview with former Navy SEAL Mark Owen, who had been fully disguised by a team of makeup artists before the interview began.

It was the second time Owen had been disguised for a 60 Minutes interview. In 2012, Owen walked Pelley through his SEAL unit's raid on Osama bin Laden's compound in Pakistan and the killing of the al Qaeda leader.

Owen, an assumed name, wrote a book about the raid, and in the years since, he has come under fire for not first clearing his book with military officials, who claim he divulged too much information about that mission and violated non-disclosure agreements.

60 Minutes producer Henry Schuster tells 60 Minutes Overtime that Owen agreed to a second interview with two goals in mind: "Number one was he wanted to talk about the new book obviously, 'No Hero.' But I think more importantly, he wanted to have his say. Because he really doesn't cover it in the new book -- everything that's happened to him. He wanted to tell his side of the story."

Owen wanted to tell his story not only with his face and name disguised, but his voice as well, both for safety reasons and because he says he didn't write the book to make a name for himself. Instead, he says he wants to give his SEAL Team Six brothers credit, even though many SEALs have criticized his book.

In his 60 Minutes interview, Owen tells Pelley he regrets not having cleared the book properly. Says Pelley: "The Mark Owen two years ago felt that he was doing the right thing, felt that he had crossed all of the T's and dotted all of the I's in terms of putting his first book out," says Pelley. "I think the Mark Owen of today is a much wiser person. He realizes that it's not alright to skip some steps that he skipped."

And while it seems that the military is trying to make an example of him, Owen tells Pelley that he feels no resentment against that community and still takes great pride in his years of service with the SEALs.

The above video was produced for 60 Minutes Overtime by Magalie Laguerre-Wilkinson and Lisa Orlando.