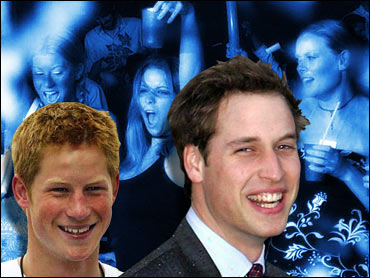 Twenty five years to the day after Saigon fell to the Vietnamese Communists, Sen. John McCain stood by his recent comment that the "wrong side" had won America's longest war.

"We want reconciliation and healing for the American people and the Vietnamese people," the Arizona Republican told CBS News' Face the Nation on Sunday.

"I was asked a specific question [last week] about the war - and I believe that what happened after Saigon fell, the execution of thousands, the boat people, the re-education camps, clearly indicate the wrong guys won," added McCain, the ex-Navy pilot and former prisoner of war who played a key role in normalizing relations between the United States and its one-time Communist enemy.

"Could we have won?" asked McCain rhetorically. "Not (by) pursuing that failed strategy, in my view."

Also on Face The Nation, writer David Halberstam said of those who served in Vietnam, "These young men paid an uncommon price. They went through something very difficult and and they had come out, I think, ennobled."

As for the lessons that America learned in Vietnam, Halberstam said, "I think we've been involuntarily tempered by battlefield defeat. I think there is a generation of politicians and people in the military that are wiser."

Both McCain and U.S. Ambassador to Vietnam Pete Peterson - also a former prisoner of war - lamented Vietnam's leaders were not sufficiently reorienting their economy towards the free market.

"That's the real sad piece of this, that there's probably no other developing nation in the world that holds so much potential, and...the gap between the reality and the potential is so wide," Peterson told Face The Nation.

Last week's comments by McCain - who before that had said he has still not forgiven his captors for killing and torturing fellow prisoners of war - drew fire from the Hanoi government, which accused Americans of "horrendous crimes" during the war.

"I think that the wrong guys won. I think that they lost millions of their best people who left by boat, thousands by executions and hundreds of thousands who went to re-education camps," McCain told reporters last week as he toured Ho Chi Minh City, known as Saigon when it was the capital of U.S.-backed South Vietnam.

At that time, he also criticized what he said was increasing corruption in the country and an unwillingness on the part of some officials to improve U.S.-Vietnamese ties.

"The object of my relationship with Vietnam has been to heal the wounds that exist, particularly among our veterans, and to move forward with a positive relationship," he said in Ho Chi Minh City. "Apparently some in the Vietnamese government don't want to do that and that's their decision."

"There's a difference in the attitude here of the government towards foreign investment, towards a trade agreement. see the hammer and sickle out here on the banners," he said last week. "I'm a bit concerned about both the policies and attitudes, and the increase in corruption in this country."

Asked last week if he stood by his allegations of torture, he replied, "The facts are facts. Truth is truth. History is history. I always tell the truth. I've fought against communism all my life" and said he was not concerned about Vietnam's response.

Reacting to McCain's previous comments about torture and killings of prisoners of war, a statement from the Ministry of Foreign Affairs in Hanoi said Americans who committed "horrendous crimes" in Vietnam had no right to be critical and described his claims as untrue.

McCain revisited the notorious "Hanoi Hilton" prison in Hanoi last week. The former pilot was held captive there after his A-4 plane was shot down while on a bombing run on the North Vietnamese capital.

"It runs counter to the norms of morality that those people who brought bombs and shells to sow death among our people and wreak havoc with a country now pass themselves off as having the right to criticize their victims-cum-saviors," ministry spokesman Phan Thuy Thanh said in a statement made available today.

Thanh said McCain contradicted statements he made during his first visit to the Hanoi Hilton in 1994 when the senator expressed thanks to Vietnam for the treatment he received as a captive.

But McCain claimed his statements were no different than those he has made on seven previous trips to Vietnam.

As Vietnam prepared to celebrate the 25th anniversary of the communist victory, Vietnamese officials also say the bitter past should be laid to rest.

But the Foreign Ministry statement recalled that the United States initiated a war in which almost three million people died and more than four million were wounded.

"Our people were the victims of its (American) brutal war of aggression. The Vietnamese nation's losses and suffering are wordless," Thanh said.