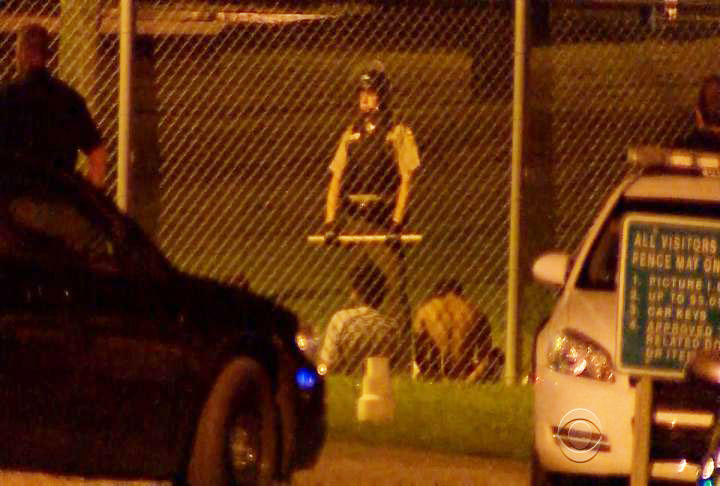 A special prison "strike force" is helping to keep the peace at a juvenile detention center in Nashville, Tenn. Twice this week, teenagers there went wild. First there was an escape, then a riot Wednesday night.

The Woodland Hills facility was bedlam for five hours overnight. Juvenile offenders, armed with sticks and poles, busted out of their dorms. Six teens became a mob of two-dozen. Swat teams posted outside watched some rioters shoot off fire extinguishers. Others chased away and attacked unarmed guards. Two staff members were hurt.

By 5 a.m., a dozen riot police had moved in, handcuffed the rioters and restored control.

James Henry is the commissioner of Tennessee's Department of Children's Services. He said for the second time this week, teens got loose by kicking out aluminum panels under windows.

"They can all walk out of their rooms anytime they want to the common area," he said. "When they came out of their rooms they breached the door and they got out. They were able to knock those doors out again because they'd done it the night before very quickly."

On Monday night, thirty-two teens escaped the same facility. They busted out of their dorms, pulled up a section of chain link fence, and ran for a nearby highway. Six of those escapees remain at large.

The strike force on duty Thursday night has been authorized to use non-lethal force. The fence that rings the compound will be reinforced with a concrete base.

Tennessee officials admit some of the same teens were involved in both Monday night's escape and last night's riot. The 10 ringleaders of that riot have been transferred to another juvenile detention facility.