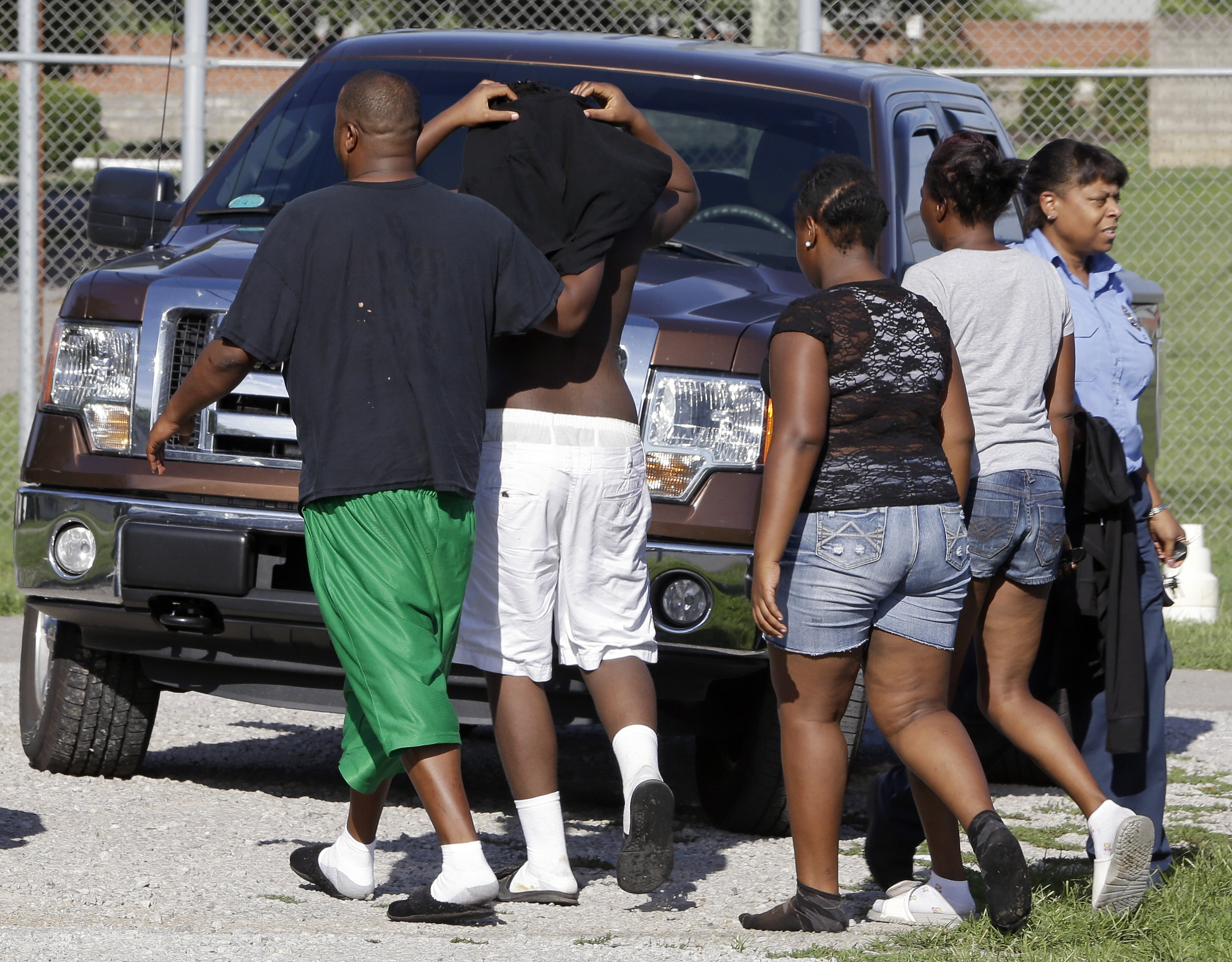 NASHVILLE, Tenn. -- Thirty-two teens escaped from a Nashville youth detention center by crawling under a weak spot in a fence late Monday, and nine of them were still on the run Tuesday, a spokesman said.

The teens - ages 14 to 19 - left their rooms at Woodland Hills Youth Development Center and went into a common area, where they overwhelmed 16 to 18 staff members, Tennessee Department of Children's Services spokesman Rob Johnson said.

The group then kicked out a metal panel under a window to get out of the building and into a yard, Johnson said. The teens realized they could lift part of the chain-link fence surrounding the yard and get out, Johnson said.

He said the fence is buried 8 inches deep into the ground, but the teens managed to pull up a weak portion and get out underneath. Once staff members saw some of the group leaving, they called the police, Johnson said.

There were around 18 security guards on duty when the teens escaped, CBS News affiliate WTVF-TV reports. All were interviewed as part of the investigation.

Local police and the Tennessee Highway Patrol were still searching for 10 from the group Tuesday morning.

The teens were wearing grey shirts, dark dungaree-style pants and black shoes, WTVF reports. The clothing has no markings.

The state-owned center in northwest Nashville held 78 teens at the time of the escape, and most had committed at least three felonies, Johnson said. The center has a school, offers vocational training and career counseling, and works to move teens to less restrictive settings, according to a state website. It holds teens until their 19th birthdays, and all have been charged as juveniles, not adults. Their records are sealed.

At the center, the teens stay in single rooms that are locked from the outside but can be pushed open from the inside, Johnson said.

The detention center was calm and back under control Tuesday morning, Johnson said. Police cars were on the scene, but there was little activity at the center or its neighbors - a women's prison, several offices for trucking companies and other businesses.

On the western edge of the facility, the spot where the teens escaped, the closest neighbors are a frozen pizza plant and a liquor distributor.