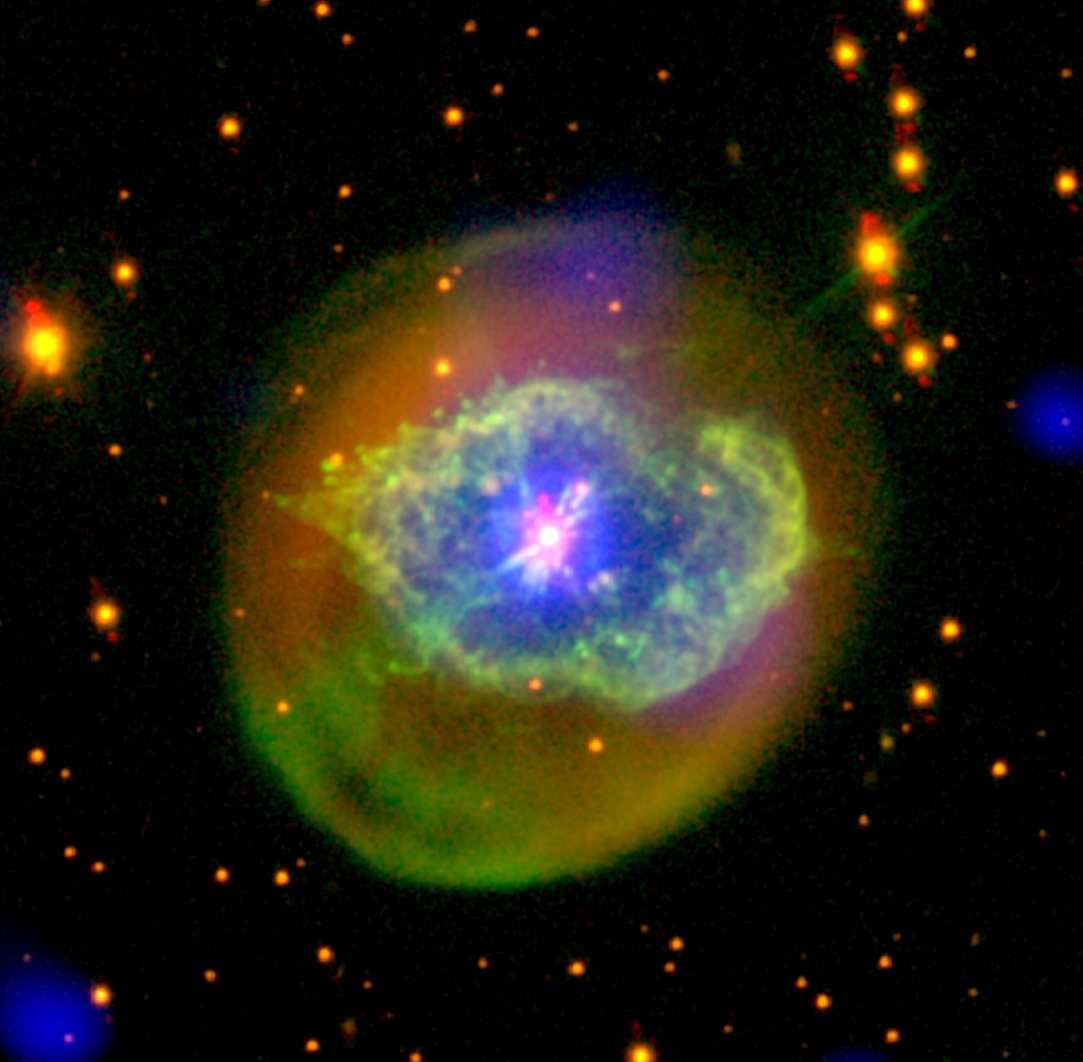 Hidden within this eye-shaped nebula known as Abell 78, a dying star is coming back to life.

Like most dying stars that are a mass of 0.8 to 8 times the sun, this one is expected eventually collapse to become a dense, hot white dwarf star.

But this one isn't ready to die just yet.

The ejected material from the dying star struck the ambient gas and dust, creating beautiful clouds known as planetary nebulas. (The name was adopted by 18th-century astronomers, who discovered these "puffing" stars and thought their round shape similar to that of planets.)

Although nuclear burning of hydrogen and helium had ceased in its core, causing it to collapse under its own weight, some of the star's outer layers became so dense that fusion of helium resumed there. It came back to life.

The mixing of slow and fast winds gusting in the environment of Abell 78 also heated the gas to over a million degrees, making it shine brightly in X-rays. Astronomers detected this hot gas with the European Space Agency's XMM-Newton space observatory.

The interaction between old and new outflows has shaped the cloud's complex structure, including the radial filaments that can be seen streaming from the collapsing star at the center and the vibrant hues of blue, green and brown.