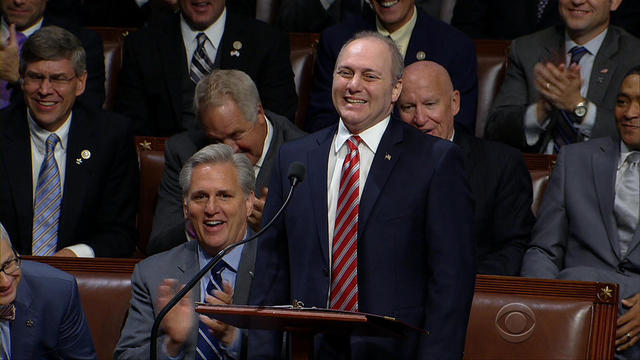 House Majority Whip Steve Scalise, R-Louisiana, who has been using a scooter since he was injured by a gunman at a congressional baseball practice in June, has begun experimenting with other uses for the scooter besides simply getting around.

On Wednesday morning, 52-year-old Scalise challenged 87-year-old Rep. Sam Johnson, R-Texas, who also uses a scooter to navigate the halls of the Capitol, to a race inside the Capitol.

Scalise began using the scooter after he was shot and gravely wounded in June at a practice for a congressional charity baseball match in Alexandria, Virginia. He returned to Congress in the end of September.  Here's how the race went: