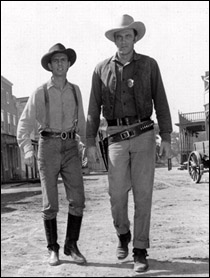 The best advice I have is to sit down and add up the numbers before you spend anything. If you opt to upgrade, more memory is probably first on the list followed by a bigger hard drive and maybe a new video card. And giving your machine the equivalent of a brain transplant is easier than it used to be too, thanks to a company called PowerLeap. It makes CPU replacements that can compensate for voltage differences on different systems. PowerLeap's Nathaniel Dahl says a 400 Mhz K6 III replacement sells for about 290 dollars. Is it worth it?

"The reason why someone would want to go further and upgrade the processor is because maybe the difference between their system right now...that they have now...and a brand new one is not all that great. It's just that the processor is a little bit slower than what they could get in a new machine. So this is a solution for that kind of a person who is basically satisfied with their system but wants it to be faster and they don't want to go out and buy a new one."

You can get more information on compatibility and other prices on the web at powerleap.com.