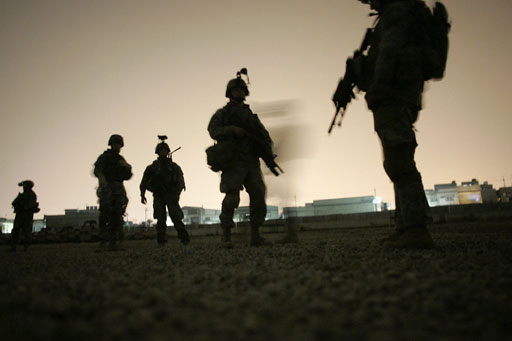 John D. Rockefeller built his mansion on the banks of the Hudson River in New York.

So did Andrew Carnegie and Jay Gould, the financier.

In 1918, a new neighbor arrived who caused quite a buzz in the community. She was Madam C.J. Walker, an African-American woman who was one of the richest and most successful businesswomen in the nation. CBS News Correspondent Randall Pinkston reports for CBS News Sunday Morning.

Let other mansions hide behind fences and shrubs, but not Villa Lewaro. Madam Walker built her mansion right on the road, where every passerby could see what she had accomplished.

"When she first started building, people thought she was somebody's maid or something, even though she arrived in her chauffeur-driven limousine," says A'Lelia Bundles, Madam Walker's great-great-granddaughter.

Villa Lewaro was Madam Walker's last home, a long way from her first. As Bundles explains in a speech at Radcliffe, "She was born Sarah Breedlove on a plantation in Delta, Louisiana, where her parents had been slaves. At 14, she married to get a home of her own, to get away from a cruel brother-in-law with whom she was living. At 17, she had her only child, A'Lelia, who I'm named after."
Bundles is the author of a new biography of Madam Walker titled On Her Own Ground.

"She was using her money symbolically when she built Villa Lewaro," explains Bundles. "There were people who criticized her, who said, 'Why are you spending all of this money? And this is conspicuous consumption. She countered by telling them, 'I am building this home so that I can show young black boys and girls all the possibilities.' This house was built, as she said, with Negro money."

Her first two products were vegetable shampoo and Wonderful Hair Grower. The story goes that she invented Wonder Hair Grower to treat her own bald spots. But she also had used a similar product when she was working for an entrepreneur named Annie Poro.

Madam Walker had no formal education, but she knew the value of marketing, of selling inspiration as well as a product, and she knew how to weave a story that would appeal to potential customers.

Says Bundles, "She said she was so embarrassed by her appearance that she prayed to God for a solution. And then, she said, three nights in a row, a big, black man came to her in a dream and told her what to mix up for her hair."

After graduating from Radcliffe, Bundles became a network news producer, for years telling other people's stories. Now, she tells her family's story to women like Trica Keaton who had nevr heard of Madam Walker.

"This is part of our history, part of the legacy of America," she says. "Surely it's in all of our interest to know something, just a little bit about someone who is an icon."

Michelle Taylor Jones is a banker: "I think it's time for people to know, not just Madam's name, but her history, and her legacy, and what it takes to become a successful business owner."

One of Bundles' favorite stories is Madam Walker's persistence in getting the attention of Booker T. Washington. The most influential black leader of his day, Washington had ignored her at a 1912 business conference.

"She waited for the final banker to make his remarks, stood at her seat...and said, 'Surely, you're not going to shut the door in my face. I am a woman who came from the cotton fields of the south. From there, I was promoted to the washtub...and from there, I promoted myself to the business of manufacturing hair goods and preparations... I have built my own factory on my own ground.'"