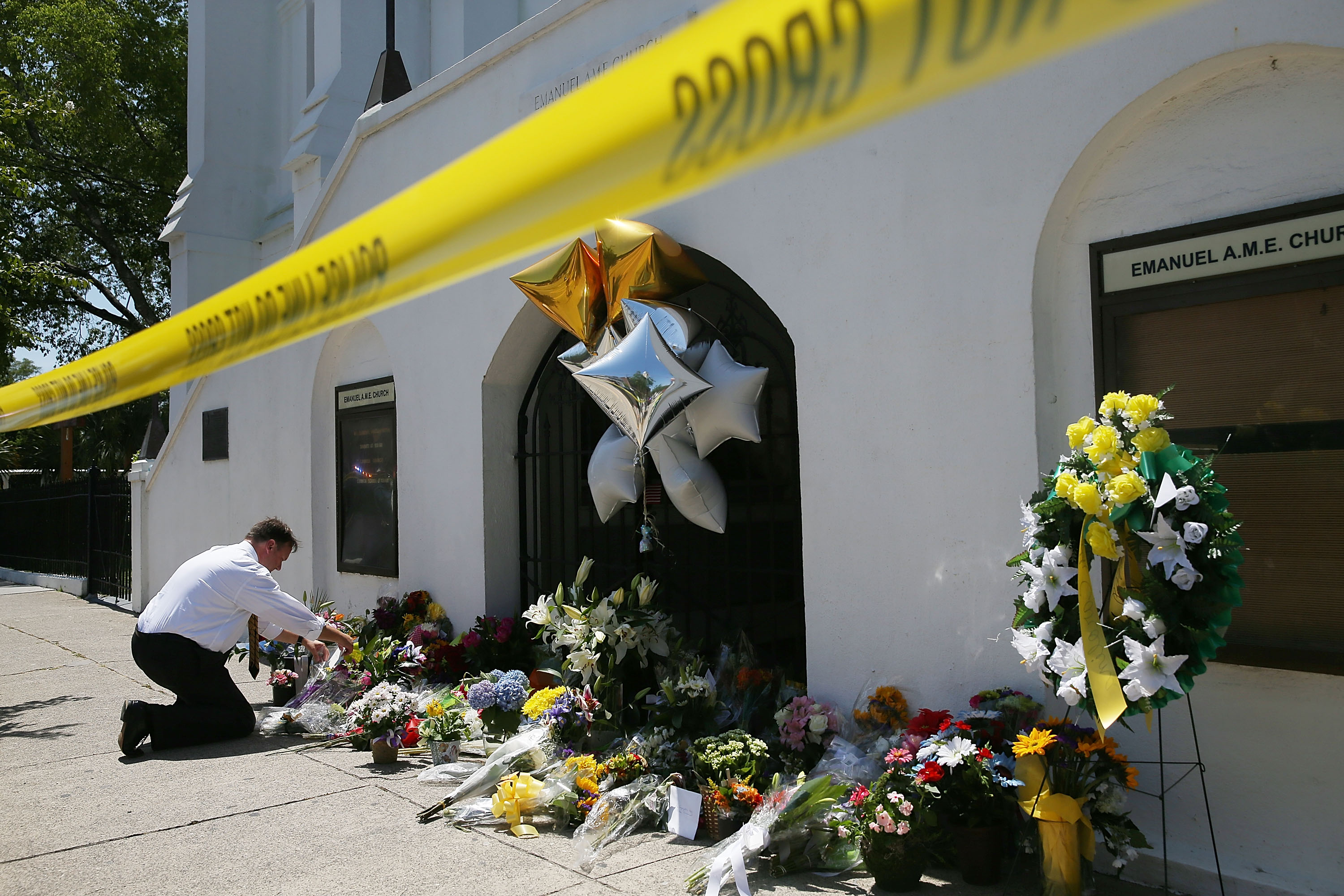 CHARLESTON, S.C. -- The architect who designed the 9/11 Memorial in New York has been chosen to create a memorial to honor the nine worshippers gunned down in a racist shooting attack on a South Carolina church.

The decision came Saturday on the second anniversary of the massacre at Emanuel AME church in Charleston - a day also marked by a crowd singing "Amazing Grace" as they marched to the church. Emanuel's bells rang nine times at the end of the "Hate Won't Win Unity Walk."

The walk, which organizers said was designed to bring people of all races, religions, and backgrounds to "contest hate and spread love across the world," honored the nine parishioners of the church who were killed during a Wednesday night Bible study on June 17, 2015.

The message of the march, "Hate won't win," could be seen on signs and heard from family and friends of the victims and survivors, CBS affiliate WCSC reports.

"It was very meaningful today for us to come together and just show the city and the world that hate did not win," said Ashland Temoney, whose aunt, Rev. Depayne Middleton Doctor, was killed. "It was meaningful to walk on this street where they last took their steps."

She told SCSC that each step was filled wtih emotion.

"Every year it feels like it is happening all over again. It's like an open wound that continues to pour out," she said.

Last year, friends and family dedicated 15 trees on Emanuel's front lawn - one for each of the dead, the five people inside the church who survived the slaughter and one for the church's congregation. This year, plaques were placed under each tree.

The white killer of the nine black worshippers is in a federal prison in Indiana after a federal jury found him guilty of hate crimes. Those 12 jurors told Dylann Roof in January he would pay with his life for the mass shooting. Roof is appealing that death sentence.

More memorials are planned at the Charleston church. A prayer garden is under construction, and Michael Arad will soon begin work on the memorial that the Rev. Eric Manning, pastor of Emanuel AME, said will be a reminder of the resiliency of the oldest African Methodist Episcopal church in the South.

One of the church's founders, Denmark Vesey, tried to lead a slave revolt in 1822. He was put to death and the church was burned down and closed for decades.

"If we are able to shine a light on the beauty, resiliency and love that was shown by members of this congregation and the community of Charleston, we will succeed in showing the best of humankind in the wake of the worst," Arad said.

Emanuel AME itself is adjusting too.

The church fellowship hall where Roof sat through 45 minutes of a Wednesday night Bible study before firing the first of 77 bullets as the worshippers bowed their heads for a final prayer on June 17, 2015, has termites and unpatched bullet holes, The Post and Courier of Charleston reports.

Some members want to totally renovate the hall because the wood-paneled walls and round white tables are a reminder of the massacre. Others, including the pastor, want it restored to look the same. No decision has been made yet.

Manning, who came to Emanuel last summer, has made some changes. The Wednesday night Bible study is now held upstairs in the church sanctuary to spare members from reliving the horror every week.

Dozens of visitors still come to Sunday services at Emanuel AME. The church used to welcome and individually recognize each visitor between hymns and the sermon. But after the shootings, that stretched on for so long it seemed to overshadow Manning's message from the pulpit.

"I did not want worship service to continue to be a spectator sport," Manning told the newspaper. "Some people may not agree with me, and I understand that. But my job is to protect worship."