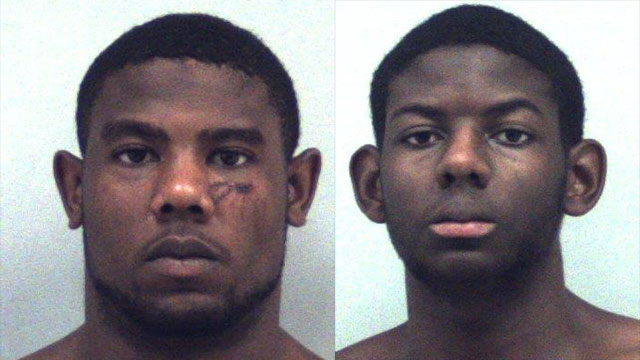 SNELLVILLE, Ga. --Police have released the 911 call made by a mother after she and her husband were allegedly severely beaten by their two sons Saturday morning.

In the desperate emergency call, Yvonne Ervin, 50, told the operator that her sons Christopher, 22, and Cameron, 17, had attacked her and husband Zachary, also 50, after drugging them with Xanax. She said the boys could possibly have beaten and choked her in an attempt to kill their parents for insurance money.

She said her husband went to the Snellville, Ga. home's garage to try to distract the boys and get attention from neighbors by blowing the car horn.

Gwinnett Officers responded and upon arrival, encountered one of the sons and the father. Zachary Ervin was severely injured and bleeding heavily, CBS News affiliate WGCL reported.

They detected a strong odor of natural gas inside the home when they arrived, Long said. Police said the two sons may have been trying to start a fire by releasing the natural gas into the house, reports the station.

Instead of having a first appearance in a courtroom Sunday, a judge visited each brother separately in their jail cells, reports WGCL. Both of them are being held in isolation.

A preliminary hearing for the brothers is scheduled for Friday at 1:30 p.m. at the Gwinnett County Detention Center.