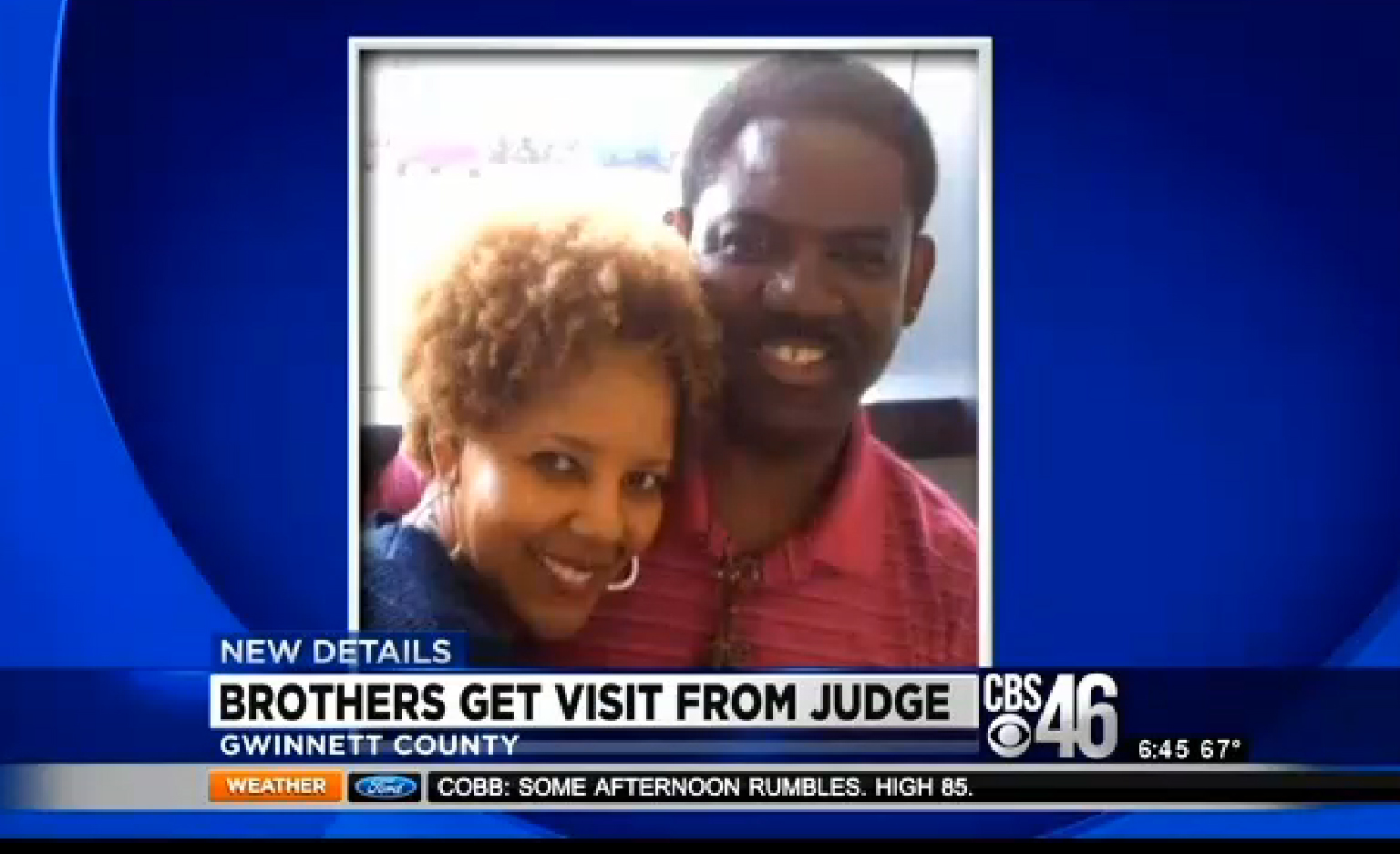 SNELLVILLE, Ga. -- Two brothers are charged after being accused of trying to kill their parents, beating them both in a suburban Atlanta home, police said Sunday.

Local media outlets reported that 22-year-old Cameron Ervin and his 17-year-old brother were charged with aggravated assault and arson. The incident occurred Saturday morning in a Snellville home where both lived.

The father, Zachary Ervin, was stabbed several times, according Gwinnett County police spokesman Sgt. Rich Long. He was bleeding heavily, reports CBS affiliate WGCL. Injuries to their mother, Yvonne Ervin, were not detailed but she "seriously injured," according to Long.

Both parents were taken to the hospital and are expected to survive.

The mother told police that her husband distracted their sons while she called 911 for help. On the call, Yvonne Ervin said her sons were trying to kill both her and her husband, reports WGCL. The call eventually went silent.

Officers detected a strong odor of natural gas inside the home when they arrived, Long said. Police said the two sons may have been trying to start a fire by releasing the natural gas into the house, reports the station.

Both brothers are being held at the Gwinnett County detention center. It's unclear if either one has an attorney.

Instead of having a first appearance in a courtroom Sunday, a judge visited each son separately in their jail cells, reports WGCL. Both of them are being held in isolation.