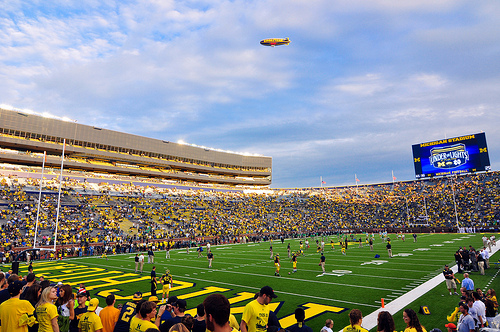 (MoneyWatch) Do you hope that your teenager will win a college athletic scholarship?

Plenty of parents dream of their children cashing in on a sports scholarship, but before you get your hopes up  you need to understand the hard realities of winning these awards. Here are eight things that parents and student athletes need to know about these scholarships.

1. The odds of winning a NCAA sports scholarship are miniscule. Only about 2 percent of high school athletes win sports scholarships every year at NCAA colleges and universities. Yes, the odds are that dismal. For those who do snag one, the average scholarship is less than $11,000.

3. Scholarships can be dinky. Beyond the head-count sports, all other sports are considered "equivalency" sports. NCAA rules dictate how much money a program, such as lacrosse or track, can spend on scholarships. Coaches can slice and dice these awards as they choose, which can lead to awfully small scholarships.

4. Take flattery with a grain of salt. Coaches may tell teenagers that they have lots of scholarship money to divvy out, but prospects shouldn't assume that they will be the recipients, says Karen Weaver, who is on the sports management faculty at Drexel University. A coach might not know whether he wants a particular athlete until he finds out what other teenagers want to sign on to his team. What really matters is the scholarship amount contained in the school's official athletic grant-in-aid form. "Until you get the grant-in-aid form, it's meaningless," observes Weaver, who is a former national championship Division I field hockey coach.

5. A verbal commitment is meaningless. Weaver has heard of coaches telling athletes as young as seventh-graders that they want them for their team. There is no guarantee that a child who verbally commits to a team will end up on it. A coach can change his mind about a prospect.

6. Playing high-level college sports will be a full-time job. Division I athletes may as well be called full-time employees of their schools because of the long hours they work. According to a NCAA survey last year, playing football required 43.3 hours per week; college baseball, 42.1 hours; men's basketball, 39.2 hours; and women's basketball, 37.6 hours. Because of the huge time commitment, as well as time away from campus, Division I athletes will often not be able to major in rigorous disciplines, such as the sciences and engineering.

7. Skip hiring an athletic recruiter. Coaches typically think sports recruiters are pests, says Weaver, who has served as a CBS sports commentator. Coaches don't want recruiters to get in the middle; they prefer direct dealings with the student athletes.

8. Forget about slick videos. Coaches don't want athletes to send lengthy videos. Two or three minutes will usually suffice, Weaver says. And you absolutely don't need to hire a professional to do the filming. Post your action video on YouTube and send coaches the link.