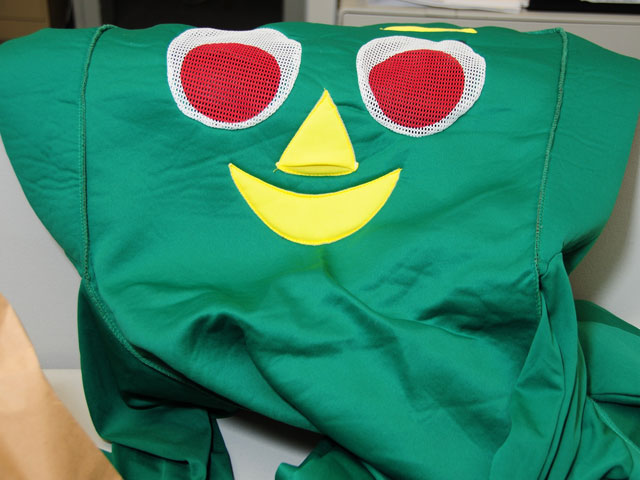 San Diego police say the man accused of trying to rob a convenience store last week dressed as the famous claymation character turned himself in Tuesday, along with an alleged accomplice.

Police say a man dressed in a Gumby costume and an accomplice went into a 7-Eleven in Rancho Penasquitos on Labor Day and told the clerk it was a robbery.

The clerk apparently had thought it was a prank and dismissed him. According to police, a surveillance tape reportedly shows the suspect fumbling inside the costume as if to pull a gun and dropping 27 cents while struggling with the suit. Both the man in the Gumby costume and his accomplice then left the store.

Surveillance video shows the clumsy would-be robber struggling to keep the green suit on as he walked out the door.

Detective Hassen told the Union-Tribune that Kiss and Giramma have both been released and the case was sent to the District Attorney's Office to determine if any charges would be filed.

More on Crimesider
September 8, 2011 - Gumby calls it a robbery, clerk thinks it's a joke