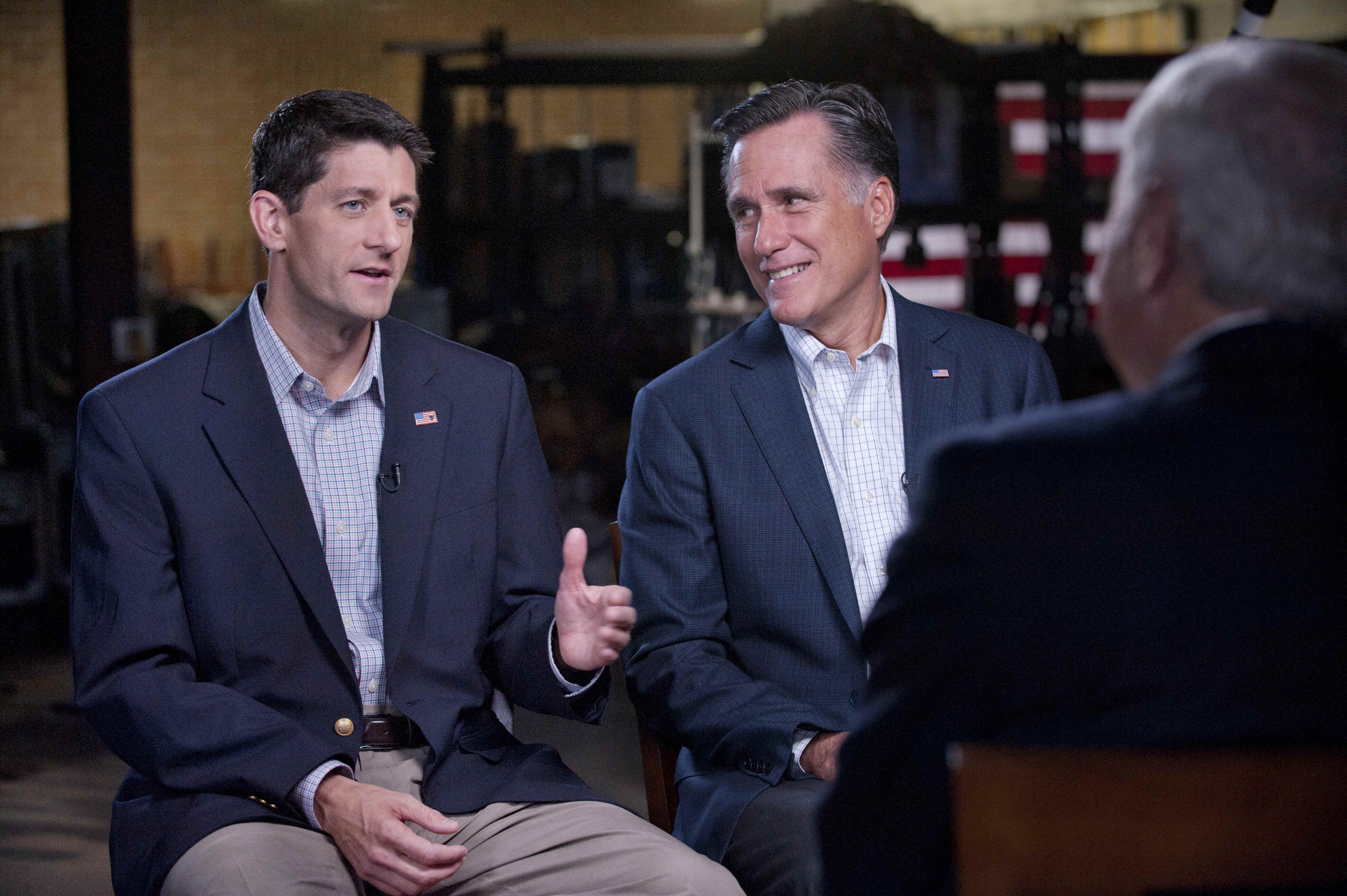 CBS News chief Washington correspondent and anchor of "Face the Nation" Bob Schieffer sat down with Mitt Romney and Paul Ryan on Sunday for their first interview since the Republican presidential nominee announced Ryan as his running mate.

"There's only one president that I know of in history that robbed Medicare, $716 billion to pay for a new risky program of his own that we call Obamacare," Romney said.

"What Paul Ryan and I have talked about is saving Medicare, is providing people greater choice in Medicare, making sure it's there for current seniors. No changes, by the way, for current seniors, or those nearing retirement. But looking for young people down the road and saying, "We're going to give you a bigger choice." In America, the nature of this country has been giving people more freedom, more choices. That's how we make Medicare work down the road."

Ryan added, "My mom is a Medicare senior in Florida. Our point is we need to preserve their benefits, because government made promises to them that they've organized their retirements around. In order to make sure we can do that, you must reform it for those of us who are younger. And we think these reforms are good reforms. That have bipartisan origins. They started from the Clinton commission in the late '90s."

The joint interview was taped in High Point, N.C., and will air Sunday at 7 p.m. Eastern on "60 Minutes." Watch an excerpt in the video above.