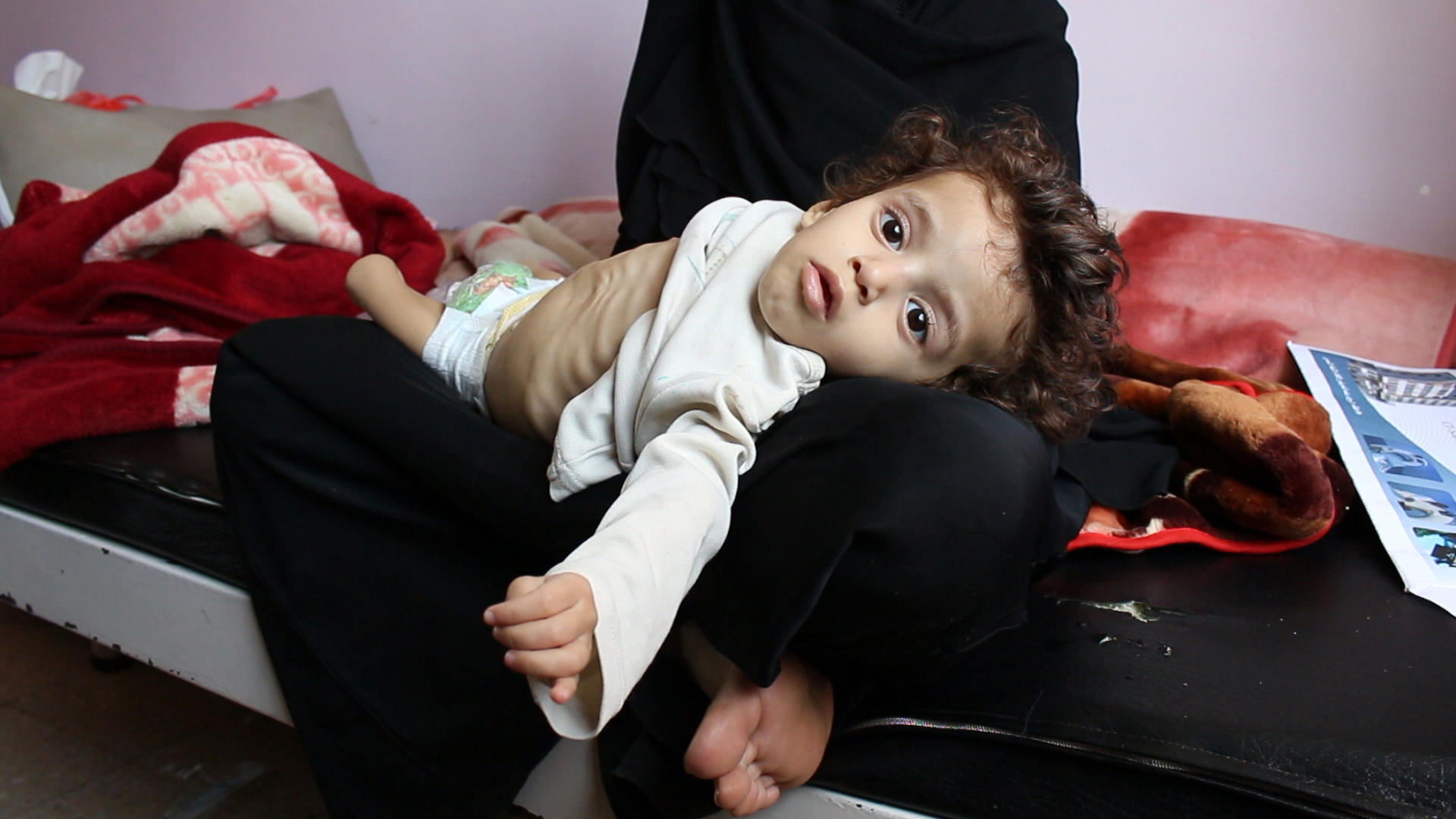 This week on 60 Minutes, correspondent Scott Pelley reports on the dire conditions for children in Yemen. The situation is so severe that, according to the U.N., a child in Yemen dies every ten minutes. But the widespread starvation is an underreported story because, as Pelley explains, the Saudi-led blockade that's cutting off food supplies is also blocking journalists from entering Yemen.

It happened to Pelley and a 60 Minutes crew as they tried to enter Yemen to film conditions on the ground for this week's report.

"It's an extreme case," Pelley tells 60 Minutes Overtime. "In my experience, I have never found a country so sealed off from the rest of the world as Yemen under the Saudi coalition today."

"It's very rare to have a situation in which you have this all-out war, millions of people facing famine, nearly a million people infected by cholera—and the world can't see it," he says.

Prior to leaving for Yemen, the producers of the story, Nicole Young and Katie Kerbstat, worked for months to gain the necessary permissions to enter the country. The team had obtained visas from both sides of the conflict, the Yemeni authorities and the Houthi rebels, and they worked contacts at the World Food Program, the United Nations, and the U.S. State Department. The producers said Saudi authorities gave them informal permission through a liaison.

The producers' plan was to land in Djibouti, a small country in the Horn of Africa, then take a ship about 25-30 miles across the Red Sea to Yemen.

At least, that was the plan.

"As soon as we got to Djibouti, the Saudis rescinded the permission that they had given us to be on the ship," Pelley says. So the team started asking questions. Was the ship being held in port? No, they were told. It was still going; they were not.

From the window in their hotel room, they watched the ship depart without them.

Their next opportunity to reach Yemen was by plane, so they put their names on the flight manifest to be on that trip. But they were later told their names had been crossed off.

Finally, they received permission to board a World Food Programme flight at the end of that week, so they arrived at the airport in Djibouti, loaded their cases of television equipment onto the plane, and waited patiently with boarding passes in hand.

"We were told that the airspace was closed because of a problem that needed to be remedied," Young says, "and we were the problem."

Though physically blocked, the team was not deterred.

"We don't ever want to allow a government to prevent us from doing a legitimate story," Pelley says. "And over the years at 60 Minutes, we have gone to considerable risks to prevent that kind of thing from happening."

Since they were unable to get a 60 Minutes camera crew into Yemen, the producers did the next best thing—they asked others to film for them. According to the producers, one of the shooters they recruited is a non-journalist whose day job is working in the humanitarian community; the other is a local Yemeni who reports under an alias.

"They weren't hard to convince," Young says. "What we just needed to do was make sure it could work for us."

That meant giving the new shooters a crash course in basic 60 Minutes camera techniques. It wasn't all that complicated: Use a tripod or hold the camera as still as possible, don't pan, and make sure the shot lasts at least 15 seconds.

The two shooters, working separately, quickly shot video of conditions inside Yemen. One sent files digitally, and the other carried the video files back to Djibouti on a hard drive and handed it off to the 60 Minutes team before they departed for New York.

The contents of those video files told a tale of woe, says Pelley.

"We saw pictures of children who were just wasting away because of the famine, because of the cholera in that country," Pelley says. If they survive, many of those children will be part of a "lost generation" for Yemen, says Pelley. Without food, a child's physical growth and brain growth is stunted — and irreversible.

The Saudis have pledged $8 billion in humanitarian aid for Yemen, but they've delivered very little of that. David Beasley, who runs the World Food Programme, is starting to feel hopeless, telling Pelley on the 60 Minutes broadcast, "I don't see a light at the end of this tunnel."

The video above was produced by Ann Silvio, Will Croxton, Sarah Shafer Prediger, and Lisa Orlando. It was edited by Will Croxton.

A whole new meaning for the black hoodie

An activist shines light on Syria's decade of civil war