Sometimes it seems like every new tech innovation and feature brings with it a hidden set of security vulnerabilities. Everything from your smart TV to your headphone jack to your social media posts can be exploited by hackers if you don't take precautions.

Cybersecurity wiz Nico Sell, CEO of Wickr, an encrypted messaging app, knows the power of hackers -- and the power of cat gifs. She shared with us some of her top tips for protecting your privacy while you go about life in an increasingly connected world. And in case you get bored with the explanations, just listen to the kitties.

As Samsung unwittingly taught us earlier this month, your smart TV can be hacked and turned into a vehicle for surveillance. It's not just what you say in front of a set equipped with voice command that you need to think about; the camera is a concern as well. Cover up the built-in camera in your smart TV when you're not using it. You can use a sticker, a piece of cloth or plain old masking tape.

The concept above applies to the camera on your computer, too. In fact, it goes for any device equipped with a front-facing camera. Cover up.

Plug your headphone jack when you're not using it

Certain apps have the ability to turn on your microphone at any time and listen to what you're saying. That includes malicious apps designed to let hackers eavesdrop on you and legitimate apps that use the microphone to let you do things such as record a voice memo. One example? Facebook. Having headphones plugged into the jack blocks apps' access to your microphone. Caveat: Don't do this with headphones that have a built-in mic. You can cut the "plug" part of an old pair of headphones and use that instead.

Having your location data displayed on Instagram and other social media platforms allows everyone who looks at your profile to see where you go and when you go there. If you post a lot from home, anyone can pretty easily figure out where you live. Turn off geotagging for any new posts. You can also delete geotags on older posts by tapping "edit" in the geo-tag screen.

Turn off Bluetooth and Wi-Fi when you're not using them

Both act as entry points for hackers to gain access to devices and steal personal information. They can even be used to track your location. Try and keep these features off when you don't need them. Bonus: You'll save battery life.

This comes one day after Governor Ron DeSantis held a press conference where he denounced mask mandates. 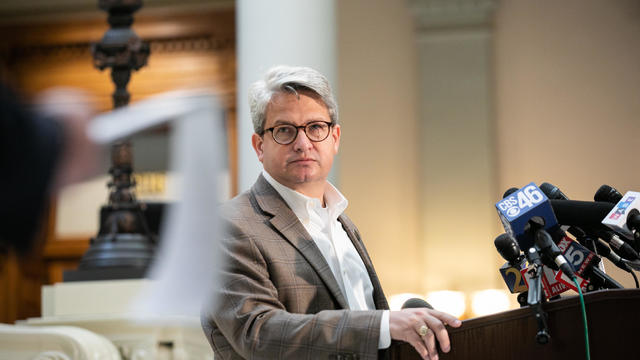 Gabriel Sterling, the voting system implementation manager in Georgia, said his anger stemmed from the revelation a young contractor with a voting company was receiving death threats.