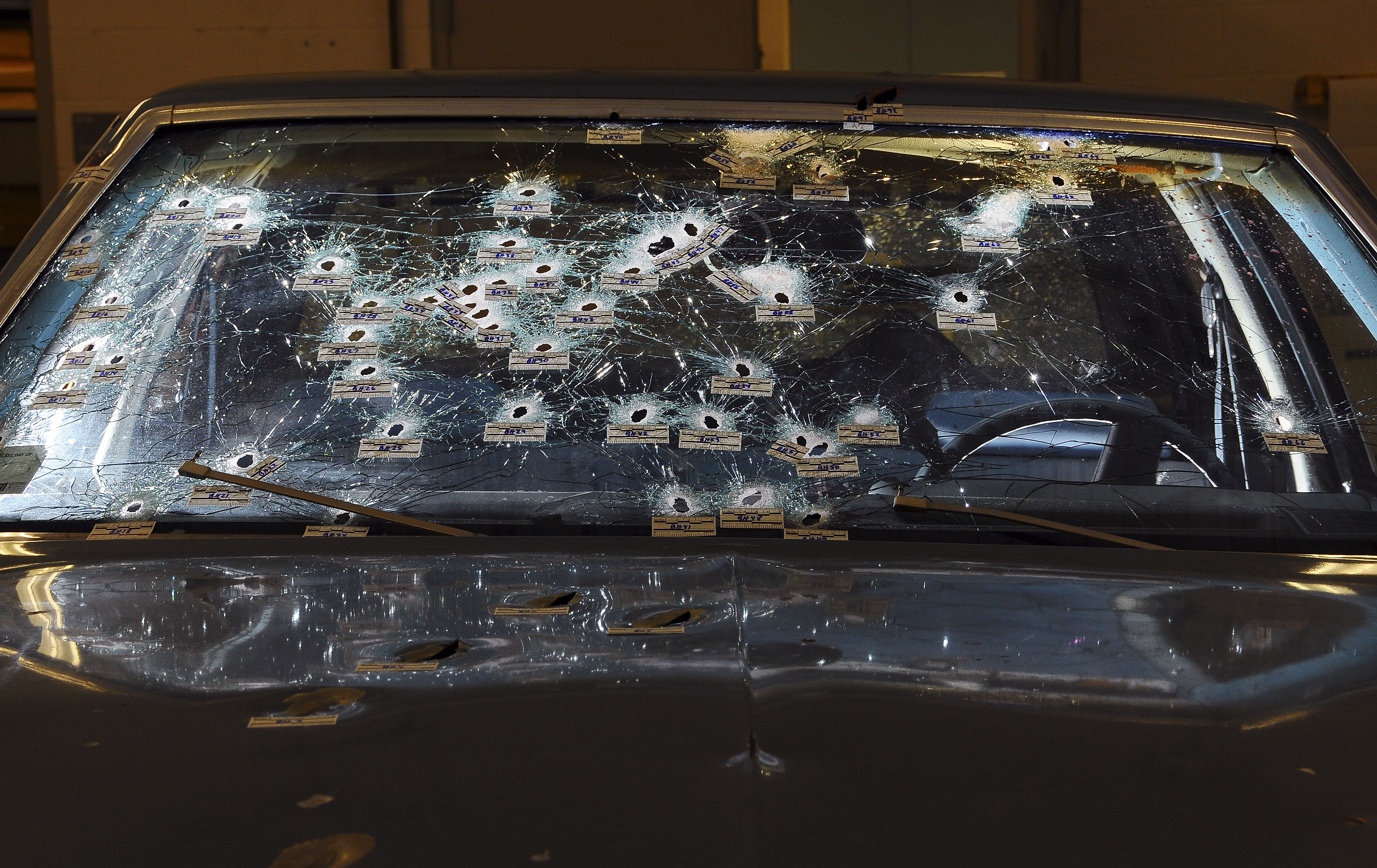 CLEVELAND, Ohio - The Cleveland Police Department announced Tuesday that six of its officers involved in the 137-shot barrage that killed an unarmed pair after a car chase have been fired.

Those officers included Michael Brelo, a patrolman acquitted of manslaughter charges in May for having fired the last 15 shots of the barrage in East Cleveland on Nov. 29, 2012. The chase began when officers standing outside police headquarters mistook the sound of a beat-up Chevrolet Malibu backfiring as a gunshot.

The deadly chase lasted 20 minutes, beginning in Cleveland and ending at Heritage Middle School in East Cleveland and involved more than 100 officers. At its conclusion, 137 shots were fired through the windshield of the vehicle, killing Timothy Russell and Malissa Williams.

Russell was hit by 24 shots, Williams by 23. Brelo is white; Russell and Williams were black. His acquittal sparked protests against police violence in Cleveland.

Five white Cleveland police supervisors accused of failing to stop the chase have been charged with misdemeanors in the predominantly black suburb where the shooting occurred, and are still awaiting trial.

Additionally, another six officers face suspensions ranging from 21 to 30 day and a 13th officer involved in the incident will be retired early.

The shooting preceded a months long U.S. Department of Justice investigation that concluded Cleveland police engaged in a pattern and practice of using excessive force and violating people's civil rights. The city negotiated an agreement to make changes overseen by an independent monitor.

The police union president, Steve Loomis, vowed to fight the discipline and said grievances appealing the firings were filed with the city Tuesday. He described the firings as unbelievable, unprecedented and politically motivated.

"It's tragic that it went down this way, but at the end of the day, two people high on crack cocaine, high on marijuana, one of them intoxicated, made the decisions that they made and we responded to them," Loomis said. "And we responded within our training."

Brelo was the only officer charged with a felony in connection to the deadly chase and shooting. He was found not guilty after a bench trial in May.

The city has 20 to 31 days to respond to the police union's grievances.