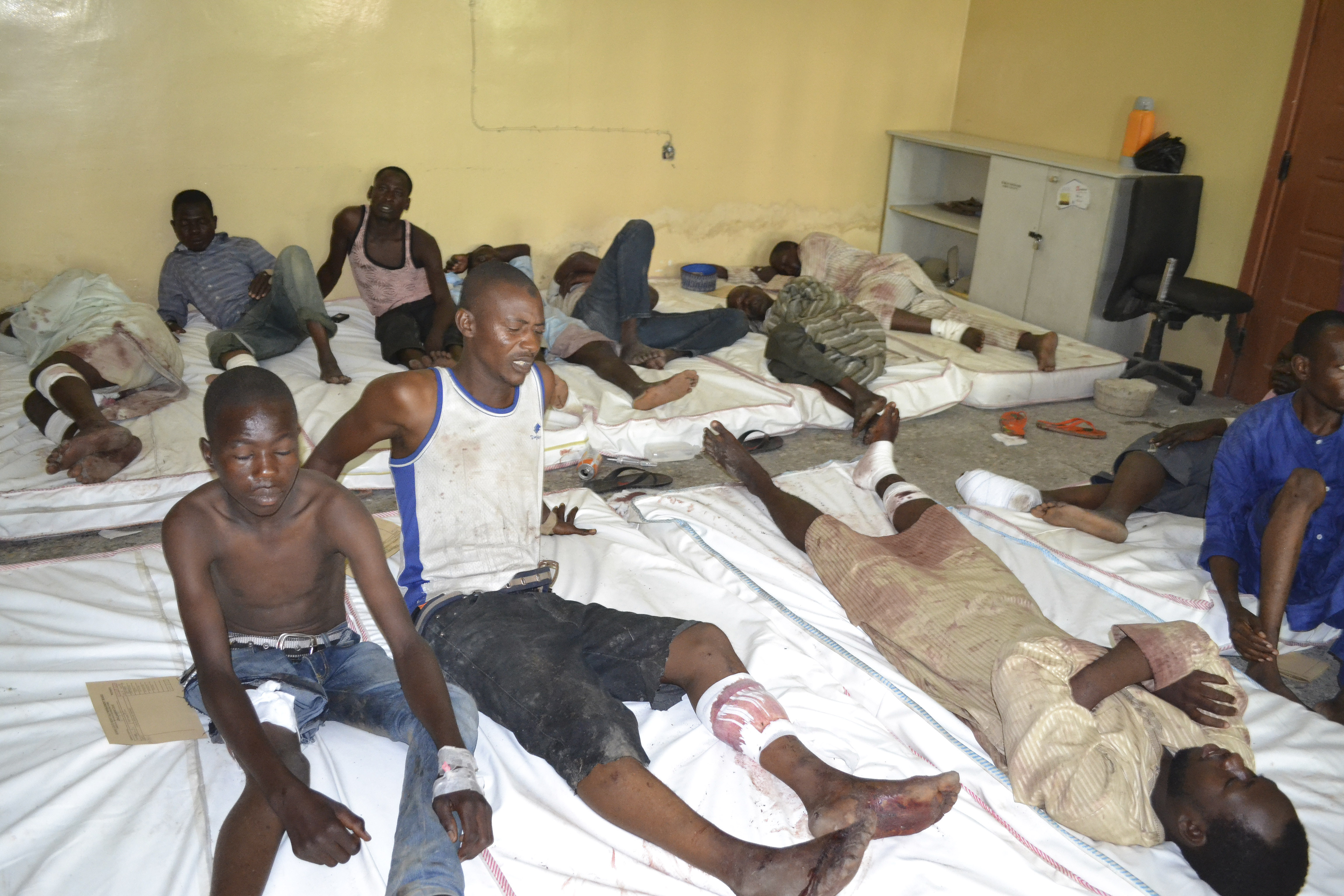 Forty-three people died in an attack on a mosque and 11 were killed in an attack on a market center, said the civilian defense force members, who insisted anonymity for fear of reprisals from the Nigerian military which has been deployed to guard civilians in the town.

There were four explosions, one in a Mosque after evening prayers, another at a market place and two homemade explosives were thrown into a business center where people charge their phones and play video games, said a member of the civilian militia.

The blasts occurred within 20 minutes, he said.

The number wounded from the blasts Sunday night was still not available, said Lt.Col. Tukuru Gusau, the army spokesman for the 7th Division based in Maiduguri.

No group has claimed responsibility for the attack, but the initial suspicion has fallen on the Islamic extremist group Boko Haram, which has resorted to hit-and-run tactics after the Nigerian military recaptured territory once held by the militants.