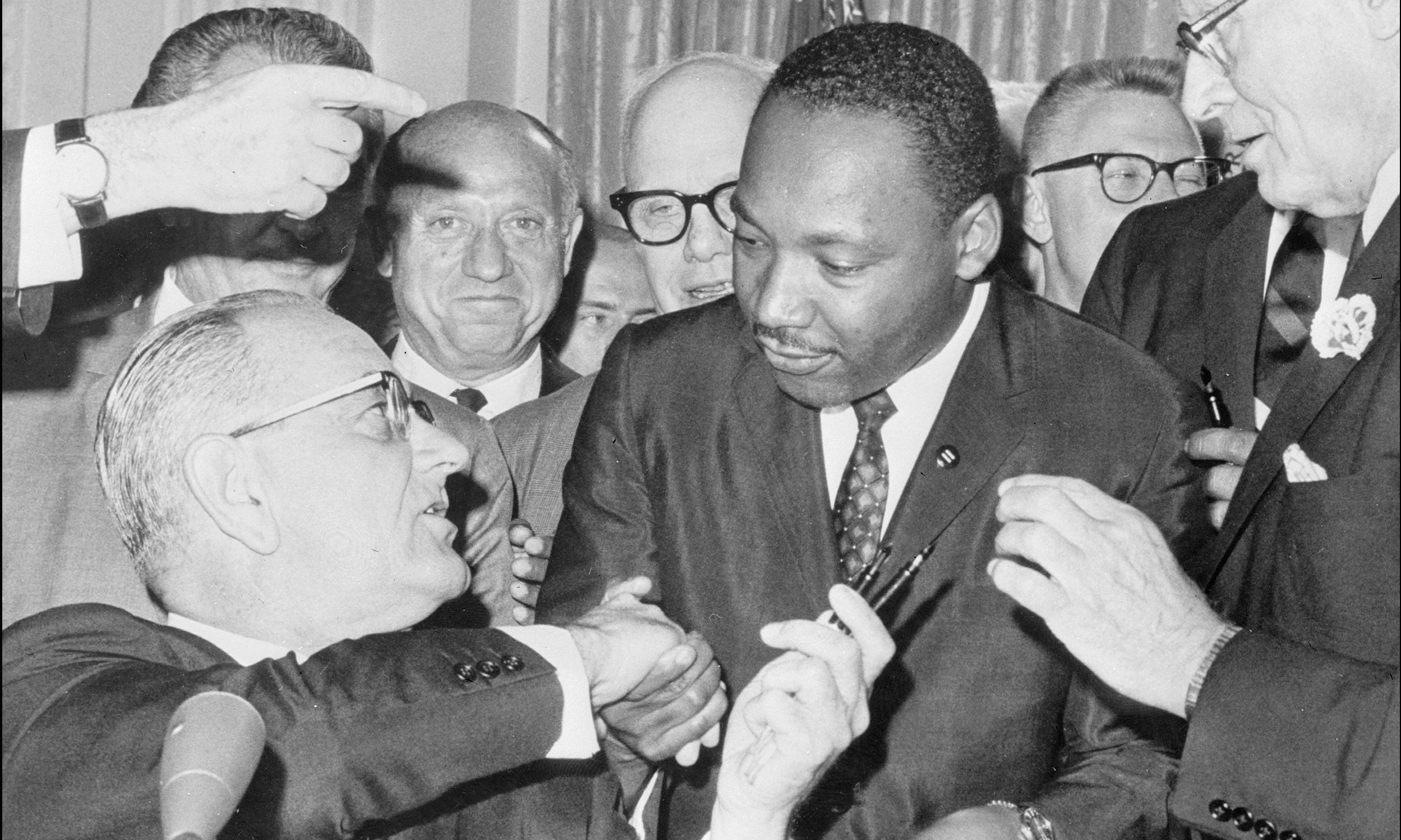 Fifty years after the signing of the 1964 Civil Rights Act, majorities of blacks and whites think real progress has been made in getting rid of racial discrimination, but most say at least some discrimination still exists today. African-Americans are more likely than whites to see discrimination as widespread.

More than three in four Americans, including most whites and blacks, think the passage of the 1964 Civil Rights Act was a very important event in U.S. history; another 19 percent call it somewhat important. Just 5 percent do not consider it an important event.

Nearly eight in 10 Americans think there's been real progress since the 1960s in getting rid of racial discrimination; just 19 percent say there hasn't been much progress. The percentage that says progress has been made has remained fairly consistent in recent years, but it has increased nearly 30 points since 1992.

This poll was conducted by telephone June 18-22, 2014 among 1,009 adults nationwide. Data collection was conducted on behalf of CBS News by SSRS of Media, Pa. Phone numbers were dialed from samples of both standard land-line and cell phones. The error due to sampling for results based on the entire sample could be plus or minus three percentage points. The error for subgroups may be higher. Interviews were conducted in English and Spanish. This poll release conforms to the Standards of Disclosure of the National Council on Public Polls.