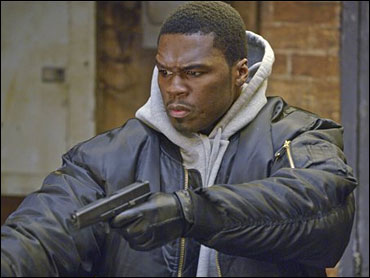 50 Cent will again turn his reality into fiction with a new line of hip-hop novellas and graphic novels featuring his former G-Unit rap crew buddies, a publisher announced.

Pocket/MTV Books promised the venture would showcase "gritty" stories and cover much of the same terrain as 50 Cent's raps.

"These tales will tell the truth about The Life; the sex, guns and cash; the brutal highs and short lives of the players on the streets," the publisher said in a release over the weekend.

Nikki Turner, author of "The Glamorous Life" and "A Hustler's Wife," will pen the line's first novella. It is set to be published in 2007.

50 Cent, whose real name is Curtis Jackson, was recently criticized by community groups in Philadelphia and Los Angeles for billboards promoting his semi-autobiographical movie, "Get Rich or Die Tryin'." The ads featured an image of him holding a gun in one hand and a microphone in the other.