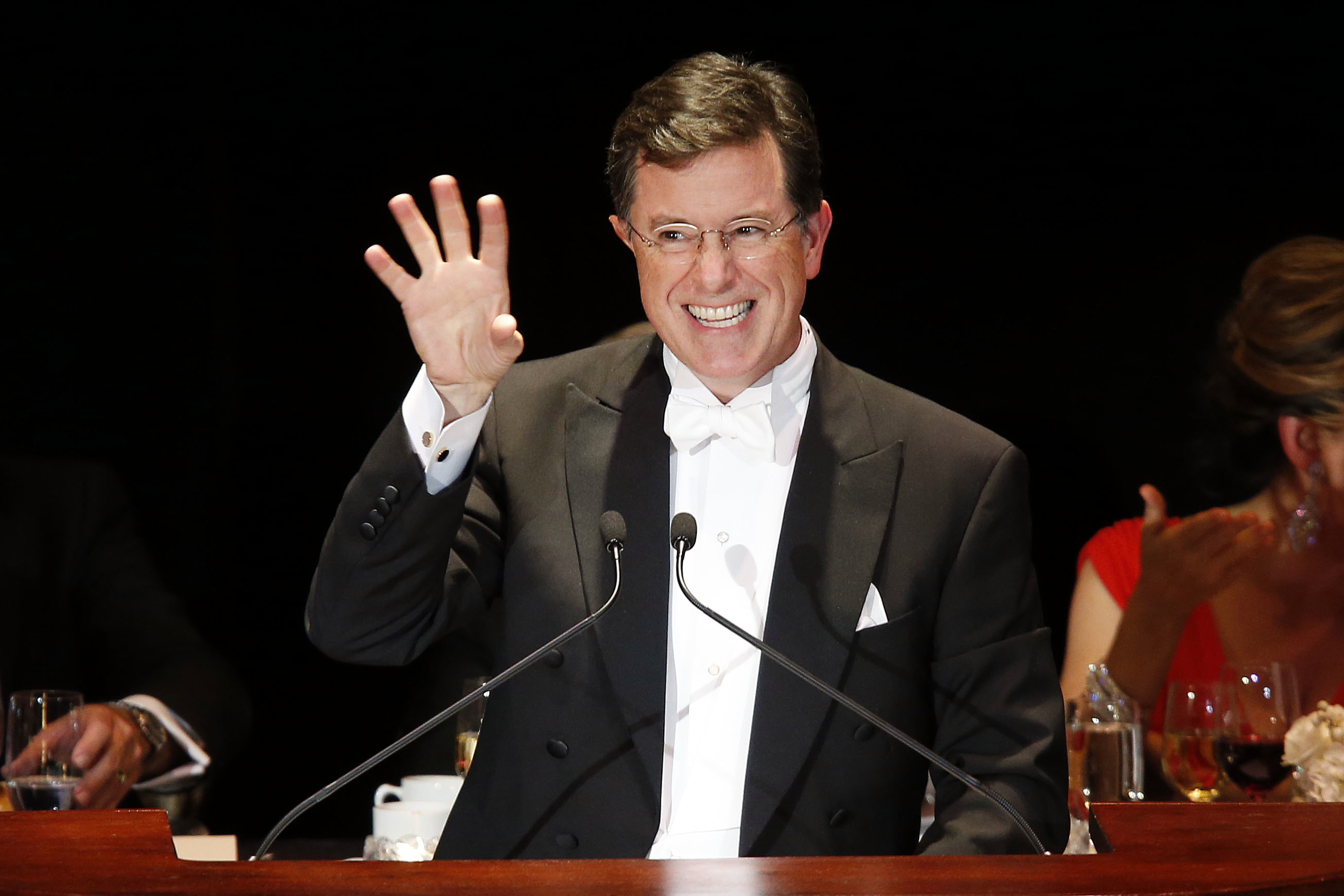 It's game time for Stephen Colbert: He debuts as the new host of the "Late Show" tonight.

Colbert has big shoes to fill -- he is the only person to host the "Late Show" since David Letterman began in 1993. But Colbert has been preparing for his gig the entire summer, and the show is definitely starting out with a bang: George Clooney and presidential candidate Jeb Bush will appear as guests tonight.

Here are five things we can't wait to see on the "Late Show."

1. The real Colbert: The Stephen Colbert of the "Colbert Report" was a character -- a character Colbert will not bring with him to the "Late Show."

Colbert said of his old character to CBS News: "I hope they'll find out pretty quickly that the guy they saw for 10 years was my sense of humor the whole time. It is, I guess, flattering that people thought I was an actual pundit or a newsman, eventually over the years. But it's really nice to not have to pretend it anymore!"

He will help viewers get used to the new Colbert with a series within "Late Show" called "Who Am Me," during which both viewers and Colbert will explore the comedian's true persona through interviews with people from Colbert's past.

2. Hard-hitting issues: Late night talk shows are more known for goofy skits and lighthearted chats with celebrities than they are for serious interviews, but Colbert promises that he'll hit the issues that matter.

He said his goal for the new show is to have fun with friends, but he doesn't want the show to be all fluff.

"That means sometimes talking about things that you care about," he told CBS News. "We're going to want to be talking about what's going on in the world."

3. Funny friends: Speaking of friends, Colbert has many. The comedian is known to keep close friendships with Jon Stewart, Steve Carell (with whom he voiced "The Ambiguously Gay Duo" on "Saturday Night Live") and Amy Sedaris, to name a few. He hasn't made any promises yet, but we can't imagine that Colbert won't occasionally bring his hilarious friends on set for some mischief.

Bandleader Batiste hails from New Orleans and was once named one of ARTINFO's "30 Under 30" most influential people in the art world. He also serves as Artistic Director at Large of the National Jazz Museum in Harlem.

Batiste and his band played "Express Yourself" on "The Colbert Report" in 2014.