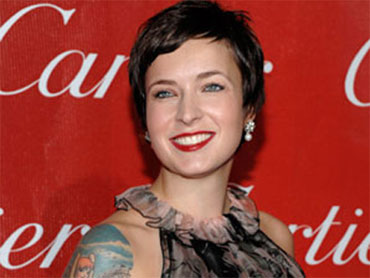 The Olympic Games were rocked on Thursday by the revelation that five weightlifters have failed drugs tests.

The five were suspended for flunking drug tests they took before the Olympics, including two who were pulled out just before walking to the lifting stand.

The International Weightlifting Federation said the suspended lifters were Wafa Ammouri of Morocco, Zoltan Kecskes of Hungary, Viktor Chislean of Moldova, Pratima Kumari Na of India and Sule Sahbaz of Turkey — raising to 20 the number of world-class weightlifters suspended this year.

This is the second drug test controversy in as many days at the Games. Wednesday, Greek sprinters Kostas Kenteris and Katerina Thanou withdrew from competition, nearly a week after they missed a drug test and were later hospitalized following a suspicious motorcycle crash.

Normally, suspensions are for two years unless the athlete is a repeat offender. Earlier this year, 2000 Olympic champion Galabin Boevski was banned for eight years following a second failed drug test.

Ammouri and Kecskes were to have lifted Wednesday, but were suspended just before their competitions. Kecskes was on the start list distributed to the media less than an hour before he was to have lifted, but he didn't compete.

"The IOC praises the work and determination of the weightlifting federation in its fight against doping by testing its athletes on a systematic basis according to its rules," he said in a statement.

The cases are the latest setback for a sport plagued by cheating athletes in the last two Olympics, one that is threatening to overshadow some exceptional performances on the lifting stand. However, unlike the Sydney Games, the latest suspensions do not involve weightlifters who have already competed or won medals.

So far, only one lifter who competed has been suspended: on Monday, Myanmar's Nan Aye Khine was stripped of her fourth-place finish Saturday at 48kg after failing her test.

Embarrassed by four failed tests at the 2000 Games — three that cost Bulgarians medals — the IWF tried to crack down on cheating earlier this year by banning three Bulgarians well before the games began. Two of Boevski's Bulgarian teammates, former world champions Zlatan Vanev and Georgi Markov, drew 18-month suspensions that barred them from competing in Athens.

The three tampered with their doping tests nine months ago at the 2003 world championships in Vancouver by submitting urine samples that came from the same person, the IWF said.

Eleven other weightlifters from 10 nations failed drug tests in Vancouver, according to the IWF — including Shang Shichun, who set three world records while winning the women's 75kg for China. Banned substances were found in the tests of nine men and two women.

Paul Hamm fell onto the edge of the judges' table while landing his vault, but recovered with two of the most spectacular routines of his career to win the men's all-around gymnastics title Wednesday night by the closest Olympic margin ever.

Hamm was dazzling on the high bar, hitting three straight release moves to perfection, soaring higher with each toss. He became the first U.S. man to win gold in the all-around.

Hamm's margin of victory was .012. The previous closest margin in the event was .017 by Leon Stukelj of Yugoslavia over Robert Prazak of Czechoslovakia in 1924. The women also had .012, in 1992 when Ukraine's Tatyana Gutsu edged American Shannon Miller.

Nelson led the entire competition, but Bilonog's final throw tied Nelson for the best of the day at 69 feet, 5 1/4 inches. Nelson had one last chance to win and unleashed a great toss, but was called for his fifth consecutive foul.

Since Nelson had no other good throws and Bilonog had several, the Ukrainian won and left Nelson stunned. Denmark's Joachim Olsen won the bronze at 69-1½.

Russian Irina Korzhanenko won the women's event with a toss of 69-1 1/4. Yumileidi Cumba of Cuba won the silver and Nadine Kleinert of Germany took bronze.

Peter Orr went 2-for-3 and knocked in a run, and Canada won its fourth straight game at the Olympic baseball tournament, beating Greece.

Cuba recovered from its loss to Japan by beating Taiwan.

Jeff Williams had the save for Australia, pitching three innings and striking out three. The pitcher for the Hanshin Tigers has been one of the best closers in Japanese baseball over the past two years.

The Netherlands beat Italy to improve to 3-1. The Italians remain winless.

The U.S. team of Elaine Youngs and Holly McPeak were perfect through pool play with a 22-24, 21-17, 15-12 win over Swiss pair Simone Kuhn and Nicole Schnyder.

American super heavyweight Jason Estrada and heavyweight Devin Vargas advanced to the quarterfinals, capping an impressive 6-1 run through the preliminaries for a lightly regarded U.S. team.

The eight remaining Americans will fight in the next three days.

Light flyweight Rau'Shee Warren was the only American eliminated in the first round. Warren, a 17-year-old from Cincinnati, struggled against Chinese veteran Zou Shiming, losing 22-9.

Tyler Hamilton won the men's time trial gold medal and teammate Bobby Julich took the bronze, hours after Dede Barry won a silver in the women's time trial. No other nation in the Olympics won more than two medals in the four road competitions.

Hamilton edged defending men's time trial gold medalist Viatcheslav Ekimov of Russia by about 19 seconds. It was the first American road gold since the boycotted Los Angeles Olympics in 1984.

In the women's race, Leontien Zijlaard-van Moorsel of the Netherlands — who suffered hip and shoulder injuries in a fall late in Sunday's road race — defended her gold medal. Barry was 24.09 seconds back. Switzerland's Karin Thuerig won bronze.

Rebecca Giddens of Green Bay, Wis., took the silver in the women's kayaking singles slalom, while Elena Kaliska of Slovakia won the gold.

Slovakia had a chance for a second gold in men's single canoe, but Michael Martikan was denied despite the best time when it was judged that he touched a gate during his run. The ensuing penalty dropped him to second.

At the halfway point of the 2,000-meter race, Nuzum and Abdullah - the U.S. men's crew team's first black Olympian — trailed both Australia and Norway.

At the finish line, the time clock initially showed both the Americans and Norwegians with 6:14.70. Officials took more than a minute to study a photo before posting the official result.

Meanwhile, Britain's Matthew Pinsent remained on track for his fourth gold medal as his four boat won its semifinal. And the Canadian eight, upset in their preliminary heat by the world record-setting American crew earlier this week, won its repechage — or second-chance race — to get another crack at their North American rivals in Sunday's eights final.

Skipper Tim Wadlow of Boston shot the starting line in race No. 4 of the 49er class and was over early, forcing him out.

In the 470 class, Paul Foerster of Rockwall, Texas, and Kevin Burnham of Miami remained in second place but trailed Great Britain's Nick Rogers and Joe Glanfield by six points with three races to go.

Laser sailor Mark Mendelblatt dropped from third to fifth overall after finishing sixth and 10th in his races. He had been one point out of the bronze medal chase but is now nine points out of third with five races left.

Yngling skipper Carol Cronin of Jamestown, R.I., won the seventh of her 11-race series, but finished next-to-last in 16-boat fleet to drop into 12th overall.

On the Europe course, Meg Galliard of Pelham, N.Y., ranks eighth overall after six of 11 races. Kevin Hall of Bowie, Md., was 13th and ninth in the Finn class to drop to 15th.

Finn leader Ben Ainslie of Great Britain continued his comeback from a protest loss in Race 2 by finishing second and third to open an eight-point lead with three races left.

American Kim Rhode won the gold medal in double trap shooting, staking a unique claim as the first and last winner of the Olympic event.

Rhode won the 1996 gold when double trap was introduced at the Atlanta Olympics, and she now owns the 2004 medal in the event, which is being eliminated. She also won the bronze in 2000.

Lee Bo Na of South Korea took the silver, finishing one point behind Rhode. Gao E of China defeated countrywoman Li Qingnian in a shoot-off to win the bronze.

In women's 25-meter pistol, Maria Grozdeva of Bulgaria won the gold medal, while Lenka Hykova of the Czech Republic won the silver and Irada Ashumova of Azerbaijan took the bronze.

Jennie Finch pitched a one-hitter with eight strikeouts and Lisa Fernandez went 3-for-4 with a home run as the United States won its fifth straight shutout, beating Canada 7-0 to clinch a spot in this weekend's semifinals.

Crystl Bustos and Lisa Fernandez homered for the two-time defending gold medal-winning U.S. squad, which has outscored its opponents 31-0.

Hua Su Lin pitched a five-hitter to lead Taiwan to its second straight win after three opening losses. Fen Yan Weng drove in the game's only run while Italy lost for the fourth time in five games.

Australia won its fourth game in five tries, with the only loss to the unbeaten United States. The Australians scored all their runs in the eighth.

The United States women swept the 800-meter freestyle relay, taking down the oldest world record in swimming while leaving Australia in the wake.

Kaitlin Sandeno swam the final leg and touched the wall in a time of 7 minutes, 53.42 seconds, easily beating the mark of 7:55.47 set exactly 17 years earlier by East Germany. The other members were Natalie Coughlin, Carly Piper and Dana Vollmer.

China, more than 2½ seconds behind, took silver while Germany edged Australia for bronze by just five-hundredths of a second.

Meanwhile, Pieter van den Hoogenband of the Netherlands repeated as the Olympic champion in the 100 freestyle, Japan's Kosuke Kitajima completed a sweep of the men's breaststroke events by winning the men's 200 meters, and Otylia Jedrzejczak of Poland won her third medal of the games with a victory in the 200 butterfly.

American Michael Phelps set an Olympic record in the semifinals of the 200 individual medley.

Another world record was set in the semifinals of the women's 100 freestyle. Australia's Jodie Henry won her heat in 53.52, lowering the mark of 53.66 set by Lisbeth Lenton at the Australian trials in March.