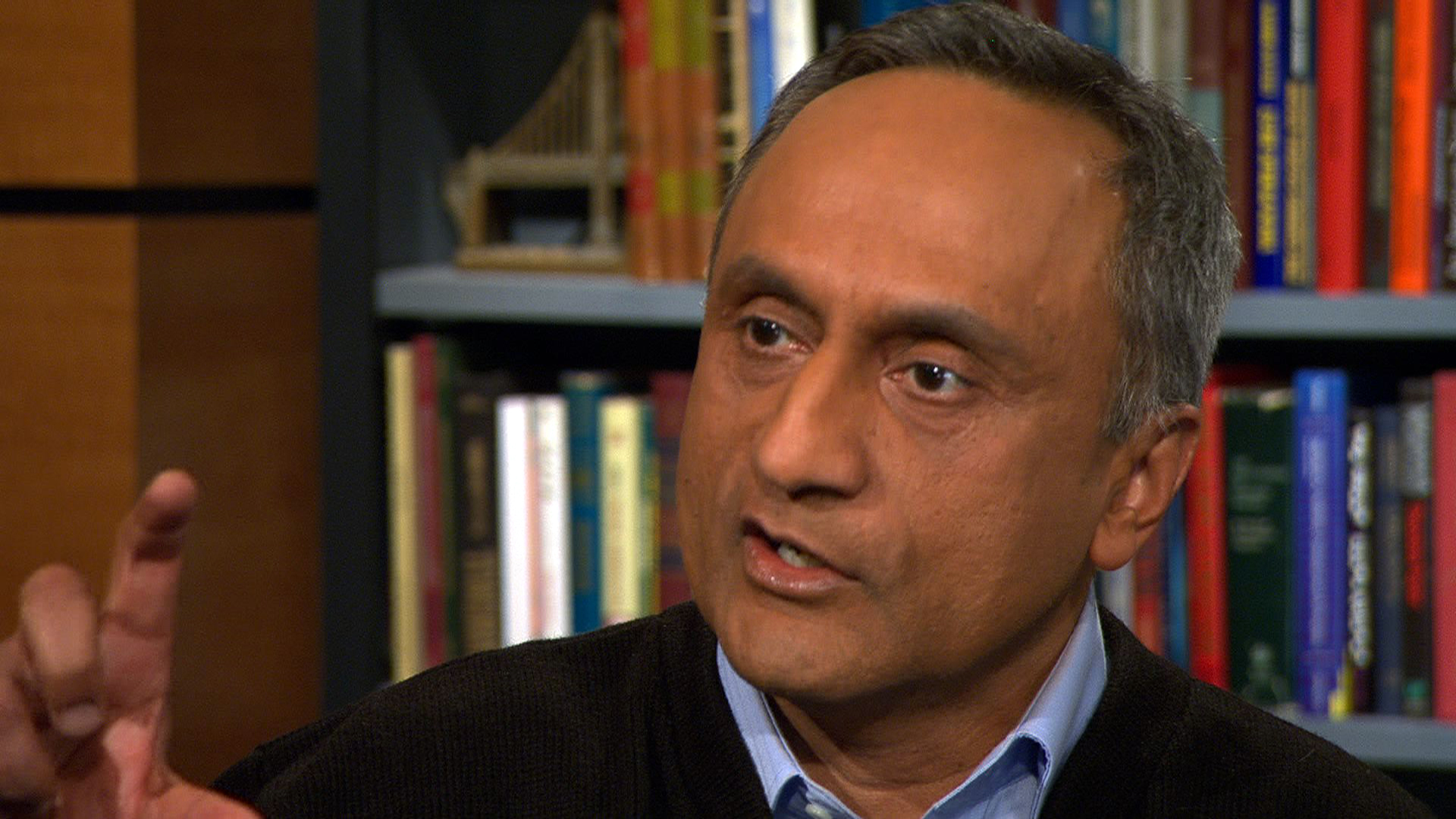 The owner of 5-Hour Energy says a ban of his product over reports that some people with heart conditions experienced dangerous side effects would make about as much sense as banning peanuts because some people who eat them are deathly allergic.

In an extended interview with CBS News medical correspondent Dr. Jon LaPook Thursday (above), 5-Hour Energy CEO Manoj Bhargava said his product is safe and contains ingredients that have been tested. The proof of that for him, he says, is he drinks it every day and his son in his early 20s uses it.

"I would not sell a product that my family wouldn't use," Bhargava told Dr. LaPook.

The FDA told CBS News in a statementThursday that it is investigating 92 reports of adverse events from 5-Hour Energy that include 33 hospitalizations and 13 deaths. The New York Times first reported the investigation.

Reported side effects included heart attacks, convulsion and one case of spontaneous abortion.

Bhargava downplayed some of the reports of side effect, saying one of the deaths tied to his product was a car crash in which an empty 5-hour-Energy was found in the car, but nobody knows how long the bottle had been there.

Throughout the interview, LaPook questioned Bhargava on how much caffeine was contained in his popular product, but the CEO declined to give a specific amounts.

"About as much as a medium Starbucks," he initially replied.

Bhargava claimed the public doesn't understand the effects from 50 milligrams to 500 milligrams, or what such reference points would mean.

"I'm a physician so I will be able to interpret it, can you tell me how many milligrams of caffeine?," LaPook countered.

"I'm not talking to you, I'm talking to consumers," he replied, continuing to decline to answer.

The FDA's investigation, coupled with recent reports that Monster Energy Drinks were tied to a heart attack and five deaths, including that of a 14-year-old girl, has pushed some to argue energy drinks' popularity with adolescents reflect a need for tighter regulation of the products.

Bhargava said most of his consumers are workers, including truck drivers and other professionals, and estimates most are in their 20s or 30s. He claims the company' advertisements do not target young kids because of the backlash it would likely cause, and said he did not have the marketing data on how many adolescents use the product.

However, as LaPook pointed out, 40 percent of surveyed teens have said they've recently used energy drinks. Bhargava claimed those adolescents were likely using "the other guys," naming Red Bull and Monster Energy Drinks.

"Ours is more of a functional product, not a style product," he said.

In May, 2011, researchers from the American Academy of Pediatrics (AAP) said energy drinks "are never appropriate for children and adolescents," saying caffeine in children has been linked to harmful effects on the developing neurologic and cardiovascular systems.

When Dr. LaPook brought this to the CEO's attention, Bhargava said he'd never heard that before, but would be open to changing the label on the products -- which currently says it shouldn't be used by kids under 12 -- if that's the case.

LaPook also noted he spoke to a pediatric cardiologist who told him the amount of caffeine in the product could cause harm to a child that is susceptible to an irregular heartbeat.

Bhargava countered that coffee products are available to children and the same thing might happen. While Dr. Lapook argued coffee is hotter and has more volume, making it take longer to drink than an energy shot, Bhargava argued a child with a condition taking his product is no different than if the child took an espresso shot.

"If any adult gives their kids espresso or coffee, I think they're irresponsible," said Bhargava.

LaPook's greatest point of contention was that Bhargava would not disclose the amount of caffeine in his product.

"I think that reflects one of the big issues here," LaPook told CBS Evening News anchor Scott Pelley. "These products are not required to say on the label exactly what's in them."

The Consumers Union, the advocacy division of the Consumer Reports magazine, said in an email to CBSNews.com Thursday that it supports a bill introduced in 2011 by Illinois Senator Dick Durbin called the Dietary Supplement Labeling Act, which would require greater oversight of energy beverages and other supplements, including tougher standards for industry labeling and reporting.

"The FDA needs to take a hard look at the effects of energy drink consumption, and they need to pay especially close attention to the impact that these drinks have on children and teens," Ami Gadhia, senior policy counsel for Consumers Union, said in the statement.