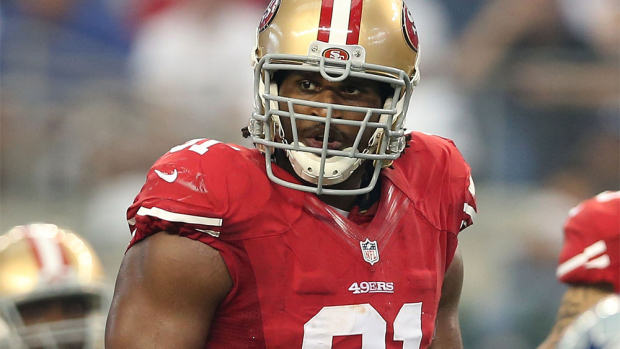 The team's general manager, Trent Baalke, says he informed McDonald and his agent by phone at 11:30 a.m. PST that the defender is "terminated." He says the 49ers notified the NFL office of the allegations against McDonald, saying, "This is a team decision."

According to police, the woman told police she was "possibly" sexually assaulted a day prior. Police say the preliminary investigation revealed the alleged suspect was McDonald. No arrests have been made or charges filed.

The Santa Clara County district attorney's office said Nov. 10 that it declined to file charges against the defensive lineman in a domestic violence investigation stemming from his Aug. 31 arrest. McDonald has played the entire season with the 49ers.

In that case, McDonald was accused of domestic violence against his pregnant fiancee. The Santa Clara County District Attorney's office later said it declined to prosecute the case because both McDonald and his fiancee stated she struck him first, reports CBS San Francisco.

"I knew what kind of guy I was and what kind of upbringing I had and that I respect women. I knew the truth would come out like I said that it would eventually come out," McDonald said at the time.