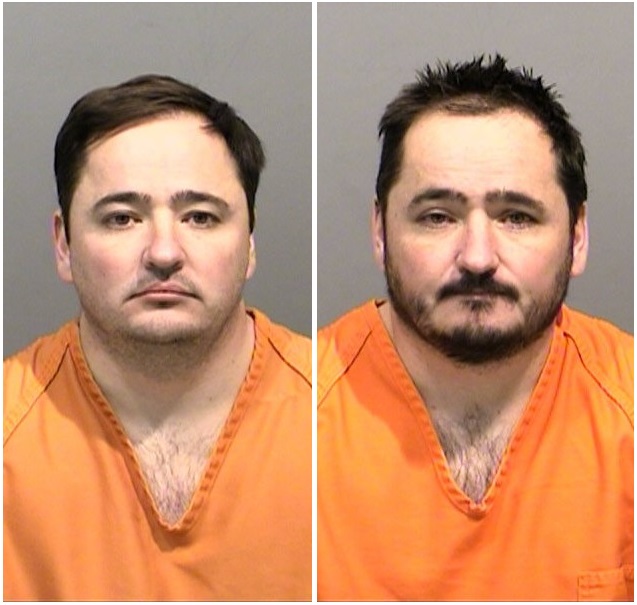 (CBS)- Collecting evidence of a murder and connecting it to a single person is rarely easy, but imagine if there are two prime suspects and that these suspects are identical twins?

That was what investigators in Jefferson County, Colo. faced in the summer of 2003 when a young mother disappeared and was later found murdered. Police believed she was killed by her husband with help from his identical twin, but couldn't find enough evidence to prove it.

It became a cold case that I couldn't resist investigating for one major reason: I am also a twin. And as close as I am to my fraternal twin sister, I can't imagine committing a crime with or for her.

The facts of the case made me wonder: are the thoughts of identical twins the same mirror images as their bodies? Does an identical twin, by nature, feel the same murderous impulses as his other half? The case of Heather DeWild just might provide some answers.

Heather DeWild, 30, disappeared on July 24, 2003, after she went with her two small children to the house of her estranged husband Daniel DeWild. Daniel DeWild admitted he had seen his wife, but claimed she had left the children with him to go shopping and never returned. That story made no sense to Heather's dad, David Springer, a Denver police officer. The couple was in the middle of a contentious divorce. And according to Springer and Heather's sisters, she would never have left her children behind, even with their father.

Two weeks later, Heather's car was found; a month after that, Heather's body was discovered under a mound of dirt on a canyon road. She had been murdered, her body bound with ropes and wrapped in plastic.

Dan DeWild, the estranged husband, was a prime suspect, along with his identical twin, David. The two brothers, 31 years old at the time of Heather's disappearance, were very close. They did everything together, even lived in that same house where Heather was last seen. Not only did the same blood run through the brothers' veins, but the same DNA made up both bodies. Their rough upbringing brought them closer together, even as they grew into adults and got married.

Police searched the brothers' house days after Heather's disappearance and found no evidence to tie them to a crime. No sign of a struggle, no blood. Her car appeared to be wiped clean, so clean that even her own fingerprints, which would presumably be found on the steering wheel, were missing.

Decomposition dogs did alert on David DeWild's Suburban vehicle indicating that something dead might had been in the car. That supported the investigators' belief that David had helped his brother by disposing of Heather's body, but wasn't conclusive evidence. None of Heather's clothing, DNA or blood was found in the Suburban. What's more, no one else's DNA was found on Heather's body....and police couldn't trace the rope or plastic used to bind her.

Investigators would eventually learn that Heather's death was no spur-of-moment, heat-of-passion murder. The brothers had planned it carefully by studying television crimes shows like CSI. That's why a new disposable razor was used to cut ropes instead of scissors. New razors couldn't be traced. They saw that on TV. The brothers wore long sleeves and double gloves to prevent any of their hair, fibers or DNA ending up on her body. Again, a lesson learned from TV. And while they had hoped her body would never be found, even when it was, the state of her body prevented the medical examiner from determining the cause of death.

Whoever killed Heather covered the tracks well and the case went cold.

Over time, however, it became clear that Dan and David DeWild weren't quite as "identical" as everyone believed. Investigators detected small differences in the personalities of the two men. Dan appeared to be the dominant twin, the leader of the pair. He refused to talk or sit down for a police interview and kept David from doing the same (although Dan did make three rambling phone calls to an investigator, denigrating his wife and accusing her of affairs). David, on the other hand, seemed troubled by the investigators' questions, more likely to crack under pressure. Eventually, that's exactly what happened.

How do you explain the differences in two identically made human beings? Apparently, genetics don't explain or control everything. What we think of as a "conscience" grows out of our experiences that are deeply unique and personal: what we read, the people we encounter, the emotions we feel. David DeWild somehow developed a sense of responsibility that made him a very different man from his twin brother. The two may have planned a murder together, but living with it was what ultimately divided them.

As Russ Boatright, an investigator with the District Attorney's Office described it, "you know, DNA will say these two are identical twins, but David is a very different person than Daniel."

We may never know exactly why David broke with his twin, but he alone took responsibility and even apologized to Heather's family.

As of this writing, the once inseparable twins are no longer speaking.