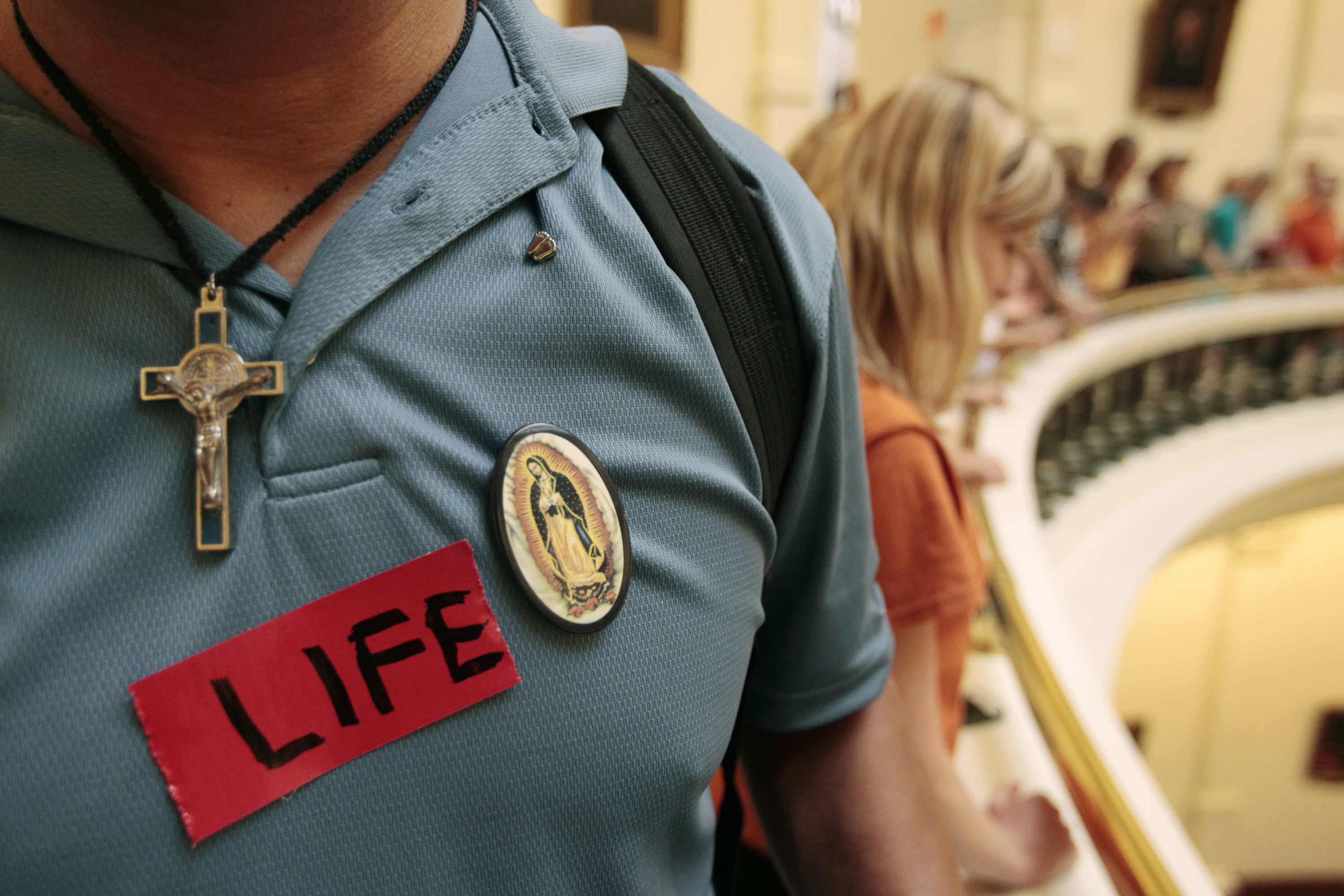 AUSTIN, Texas - The last abortion clinic in the vast, impoverished Rio Grande Valley closed Thursday, along with the sole remaining clinic in the 400-mile stretch between Houston and the Louisiana border, posing a tall obstacle to women seeking to end pregnancies across a wide swath of the nation's second-largest state.

The closures in McAllen and Beaumont bring to 19 the number of clinics that have shut down since Texas lawmakers adopted tough new abortion restrictions last summer. Twenty-four clinics remain to serve a population of 26 million women, and more closures could happen after additional restrictions take effect later this year.

Lawmakers required all abortion doctors to have admitting privileges at a hospital within 30 miles, all abortions to take place in a surgical facility and all women seeking abortion-inducing medications to make four clinical visits. Those rules made it impossible for the clinics in Beaumont and McAllen to stay open, said Amy Hagstrom Miller, CEO of Whole Woman's Health.

Anti-abortion lawmakers said the regulations are necessary to protect women's health, but abortion-rights groups have sued the state claiming the restrictions are medically unnecessary and intended to shut down all Texas clinics that offer abortion services.

"Closing our clinics hurts us. But more importantly, it hurts the communities we have served," Miller said during a news conference Thursday. "We have done everything possible to keep our clinics open, but we are simply unable to survive."

The Whole Woman's Health clinics in Beaumont and McAllen had been open since 1973, when abortion was made legal by the U.S. Supreme Court's Roe vs. Wade decision.

The closest abortion clinic to Beaumont is in Houston. And for women in the Rio Grande Valley, the nearest clinics will be in Corpus Christi and San Antonio, a journey that means passing through immigration checkpoints that require U.S. identification or visas.

Paula Saldana, a women's health care educator in McAllen, said poor women in the valley relied on the clinic.

"When women come up to me and they are in desperate circumstances and they ask where they can go, I will not have a place to send them," she said.

Although groups are raising money to help pay travel costs for women who need abortions, it is still difficult for them to take time away from family and work, Saldana added.

The admitting privilege requirement has become a favored tool for anti-abortion lawmakers across the country to close clinics. In Mississippi, a federal judge has blocked enforcement of a similar requirement because it would shut down the state's last clinic. Alabama passed such a requirement last year, and Oklahoma lawmakers are considering a similar measure.

Most doctors do not have or need admitting privileges, and hospitals usually only grant them to doctors who routinely have patients in need of hospital care. The Texas Hospital Association opposed the requirement, saying admitting privileges were not necessary to provide women emergency care from abortion complications.

The law, which also bans abortions after 20 weeks, was the subject of the largest protests seen at the state Capitol in a generation last summer.

Davis, the likely Democratic gubernatorial candidate in Texas, told the Dallas Morning News earlier this month that she could have supported her state's controversial 20-week abortion ban, had the law allowed for more exemptions

The Center for Reproductive Rights filed a federal lawsuit on behalf of Miller, Planned Parenthood and other abortion clinic operators, saying that the law has no purpose but to shut down clinics. The center won in district court, but the conservative 5th Circuit Court of Appeals stopped enforcement of the ruling and is considering an appeal by Texas Attorney General Greg Abbott, who argues the law is constitutional.

Davis and Abbott are now running against each other to replace Perry, who is not seeking another term.

Miller said that part of the problem was finding doctors with admitting privileges to work with her clinics because of threats or intimidation by anti-abortion groups. Whole Woman's Health also operates clinics in Austin, San Antonio, Fort Worth and two outside of Texas.

"These medical professionals who know us and our work could have helped us keep our clinics open, yet they have remained silent," she said. "We ask those doctors who would not step up for us: Where will you send your patients now?"

Fugitive Peter Chadwick went from millionaire to bussing tables while on the run
Thanks for reading CBS NEWS.
Create your free account or log in
for more features.
View CBS News In
CBS News App Open
Chrome Safari Continue
Be the first to know
Get browser notifications for breaking news, live events, and exclusive reporting.