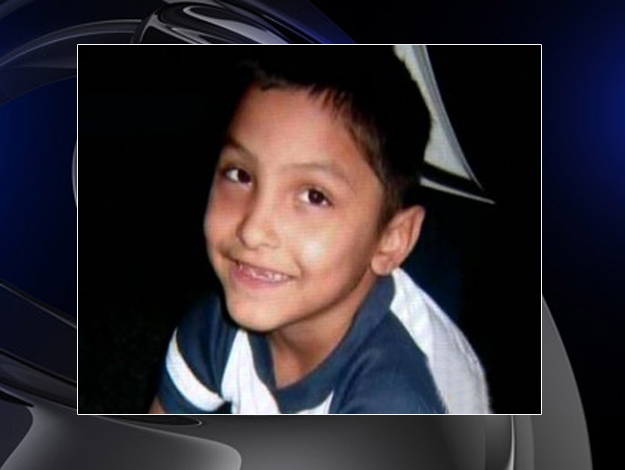 LOS ANGELES -- Prosecutors charged four Los Angeles County social workers with child abuse, saying they were so negligent in handling the case of an eight-year-old boy who died of gruesome, multiple injuries that they were criminally responsible.

The four, who include two supervisors, were also charged with falsifying public records.

The Department of Children and Family Services said Thursday that all four were fired last year after an internal investigation into the 2013 death of Gabriel Fernandez of Palmdale.

"In our rigorous reconstruction of the events surrounding Gabriel's death, we found that four of our social workers had failed to perform their jobs. I directed that all of them be discharged," the department's director, Philip Browning, said in a statement.

Merritt, one of the supervisors, successfully challenged his termination and has been reinstated, prompting Children's Services to appeal that ruling in court.

Prosecutors said Rodriguez, Clement, Bom and Merritt "had a legal duty" to protect Gabriel from the time his case was opened on Oct. 31, 2012, until he was declared dead on May 24, 2013, CBS Los Angeles reported.

Gabriel died from multiple injuries, including a fractured skull, broken ribs and burns over his body, prosecutors said.

His mother, Pearl Fernandez, and her boyfriend, Isauro Aguirre, have pleaded not guilty to murder and are in jail awaiting trial. Prosecutors have said they will seek the death penalty, according to CBS Los Angeles.

If convicted of child abuse and falsifying records, the social workers could face as much as 10 years in prison.

All four were scheduled to be arraigned in the criminal case on Thursday, but their arraignment was postponed until April 21.

"Social workers play a vital role in society. We entrust them to protect our children from harm," District Attorney Jackie Lacey said Thursday in announcing the charges. "When their negligence is so great as to become criminal, young lives are put at risk."

The Department of Children and Family Services had opened a case file on Gabriel more than six months before he died, and Lacey said it was the social workers' responsibility to protect him.

"We believe these social workers were criminally negligent and performed their legal duties with willful disregard for Gabriel's well-being," Lacey said. "They should be held responsible for their actions."

Prosecuting welfare workers for physical abuse caused by another is rare but not unprecedented. In New York in 2011 a child welfare worker and her supervisor were charged with negligent homicide in the death of a four-year-old girl. They eventually pleaded guilty to misdemeanor child endangerment charges.

District Attorney spokeswoman Jane Robison said this is the first case of its type to be prosecuted in Los Angeles County, adding that prosecutors believe it may also be the first in the state.

Prosecutors say Rodriguez and Clement falsified reports that should have documented signs that Gabriel was suffering from escalating physical abuse and that his family had stopped participating in efforts to keep the family together. They say Bom and Merritt, as supervisors, "knew or should have known" those reports were false.

"By minimizing the significance of the physical, mental and emotional injuries that Gabriel suffered, these social workers allowed a vulnerable boy to remain at home and continue to be abused," Lacey said.

In July 2014, the boy's father, three siblings and paternal grandparents filed a wrongful death lawsuit against the county departments of Children and Family Services and Public Social Services, the Sheriff's Department and the Palmdale School District. Fernandez and Aguirre were also named as defendants.

The lawsuit alleged that the siblings, like Gabriel, were "compelled" by county officials to live with Fernandez and Aguirre and were also "physically and emotionally abused" by the couple.

Family members, neighbors, teachers and others made more than 60 abuse reports to the proper county authorities, according to the lawsuit.

In the New York case, Administration for Children's Services caseworker Damon Adams and his supervisor, Chereece Bell, were charged with criminally negligent homicide and endangering the welfare of a child in the death of four-year-old Marchella Pierce, who was repeatedly beaten and tied to a bed before her death in 2010.