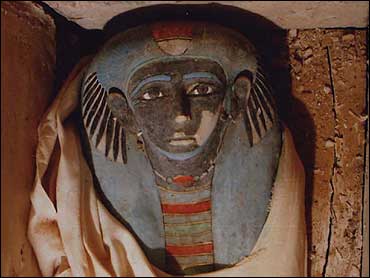 Egypt plans to conduct a DNA test on a 3,500-year-old mummy to determine if it is King Thutmose I, one of the most important pharaohs, the country's chief archaeologist said Thursday.

Zahi Hawass, Egypt's antiquities chief, said the DNA test and an X-ray will be carried out on a mummy found at the site of ancient Thebes on the west bank of the Nile, what is today Luxor's Valley of the Kings, the Middle East News Agency reported.

Hawass said a mummy on display in the Egyptian Museum that was purported for many years to be Thutmose I was not actually the ancient ruler's remains.

Thutmose I was the third pharaoh of Egypt's 18th dynasty of pharaohs. His reign is generally dated from 1506 to 1493 B.C.

Egypt has acquired a $5 million DNA lab, funded by the Discovery Channel, which has become a centerpiece of an ambitious plan to identify mummies and re-examine the royal mummy collection.

The best way to obtain accurate results is from the DNA found in a cell's nucleus because it contains information from both parents. But mummy DNA is usually so deteriorated that the chances of finding usable nuclear DNA are slim.

Hawas did not say what the mummy's DNA will be compared to in the attempt to identify it.

Last year, Egypt started a DNA test on a female mummy to determine whether it is Queen Hatshepsut. The results were never made public.

There is some secrecy surrounding Egypt's DNA testing of mummies.

Hawass, the head of Egypt's Supreme Council of Antiquities, long refused to allow DNA testing on Egyptian mummies but accepted it recently on condition it would only be done by Egyptian experts.

He has never disclosed full results of the examinations, sometimes on grounds of national security. Though Hawass has never explained the reasons for this, apparently there is concern the tests could cast doubt on the Egyptian lineage of the mummies.

The DNA tests on the mummy will start Friday at the Egyptian Museum in Cairo after it is flown from Luxor. The mummy has remained in its tomb in the Valley of Kings since its discovery.