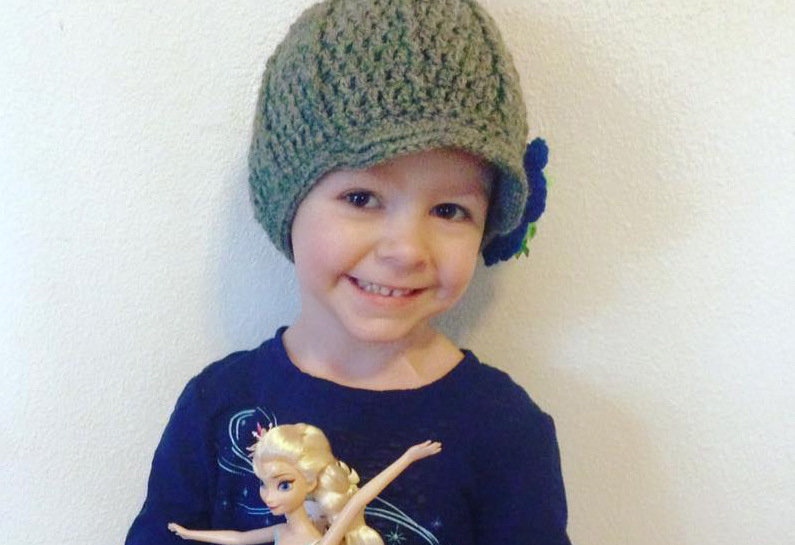 A 3-year-old girl with terminal brain cancer may be too sick to travel but she's seeing the world with the help of complete strangers.

A month ago, Ellie Walton's parents, Kyle and Sarah, shared a Facebook post asking others to send postcards so Ellie and her big sister Ava could make a scrapbook.

"This little girl has been fighting brain cancer for almost three years now, and her one wish is to get postcards from all over the world!! So far, we have thirty," they write. "We are hoping that you all will help us collect more! Each card sends meaning, not just because of the place it came from, but because of the person it came from!"

The world answered. Just a week later, Ellie's parents posted a video of the girls looking at dozens of postcards from across the country and around the globe.

Two days ago, the family posted on Facebook again, saying, "Blessed, honored, moved. You all stun me. Postcards from all over! They are so happy!"

Ellie was diagnosed with a rare brain tumor called desmoplastic infantile ganglioglioma/astrocytoma when she was 4 months old. She's since received seven rounds of chemotherapy and has been through more than a dozen brain surgeries and countless other procedures.

But her parents are not giving up. In December, Ellie began another round of chemotherapy that will last a year and a half.

"We have a long road ahead, but one thing is for sure, this kid isn't a statistic, and boy can she fight!!!" they write.

Ellie's family has set up the following mailing address for postcards: