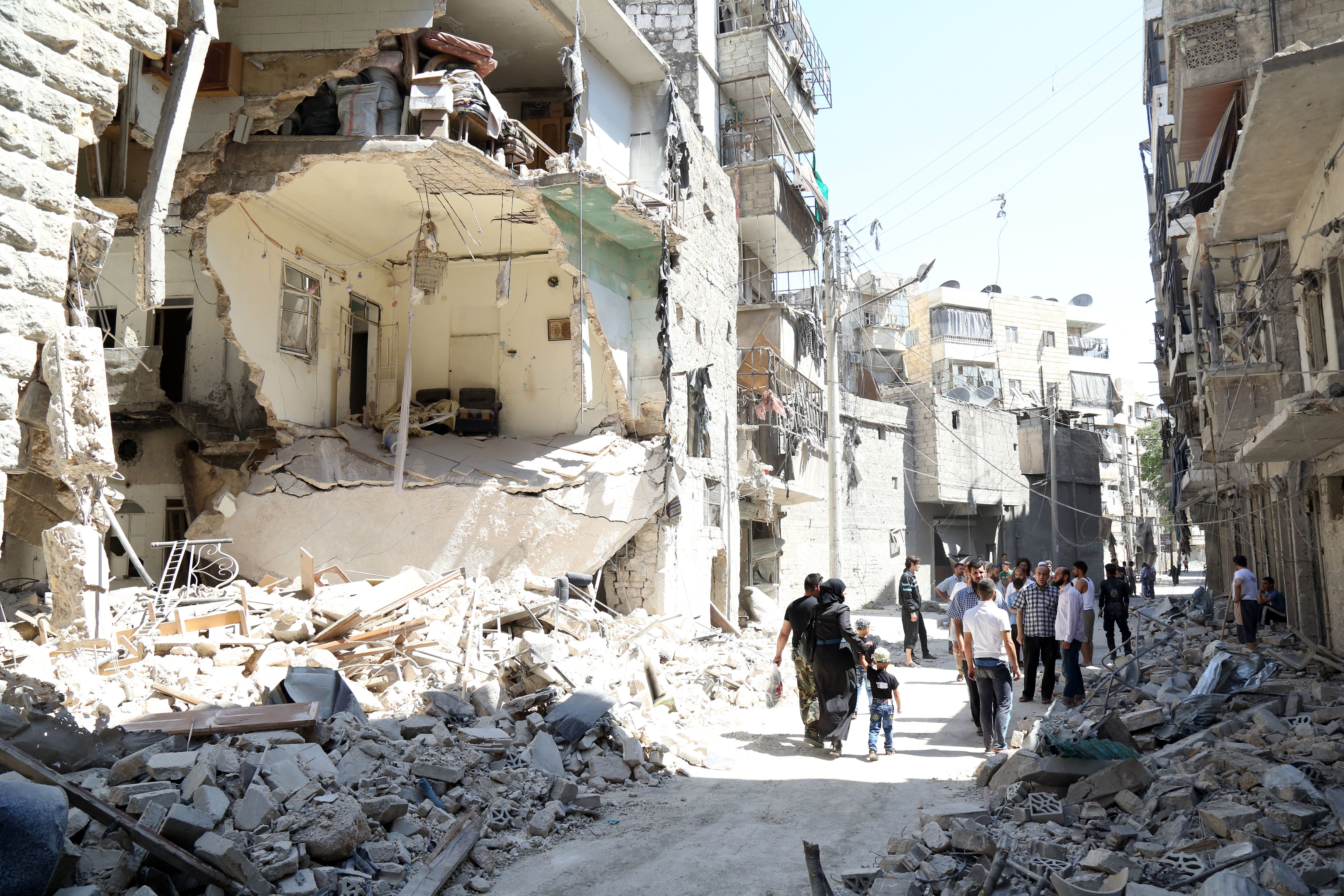 MADRID -- Three Spanish freelance journalists who traveled to Syria have gone missing around the northern city of Aleppo, a Spanish journalism association said Tuesday, the latest reporters to become ensnared in the country's long civil war.

Elsa Gonzalez, the president of the association, told Spanish National Television in a telephone interview that the three disappeared while working in the Aleppo area. She said they entered Syria from Turkey on July 10 and were last heard of two days later.

It was not clear where exactly the men went missing. Once Syria's commercial center, the city of Aleppo has been carved up between government- and rebel-held neighborhoods since 2012, with government forces controlling much of western Aleppo and rebel groups in control of the east.

The Islamic State of Iraq and Syria (ISIS), which has kidnapped Western journalists in Syria and later killed them, is outside the city and controls parts of the northern and eastern Aleppo countryside. The extremists are responsible for most kidnappings in Syria since the summer of 2013, but government-backed militias, criminal gangs and rebels affiliated with the Western-backed Free Syrian Army also have been involved with various motives.

The spate of kidnappings has discouraged Western journalists from going to Syria to cover the country's civil war. Almost no Western reporters have gone into Syria since ISIS began killing foreign journalists and aid workers they hold, starting with American journalist James Foley in August last year. The group also has generated cash from ransoming European journalists.

Spain's Foreign Ministry did not immediately respond to a telephone message seeking comment on the journalists' disappearance. A Foreign Ministry spokeswoman who spoke on condition of anonymity in line with policy regulations said the ministry is aware of the situation and is working on it but declined comment on any details.

Aleppo is the scene of daily fighting. Government helicopters also regularly drop explosive barrels on rebel-held parts of the city.

A missile attack on a rebel-held neighborhood in Aleppo killed at least 10 people and wounded many others Tuesday, two activist groups said.

The Local Coordination Committees said the attack on the Maghayer neighborhood killed 10 people, including women and children.

The Britain-based Syrian Observatory for Human Righsts said the attack killed 18 people and wounded more than 50. It said the surface-to-surface missile destroyed several houses in the area.

It is not uncommon to have different death tolls in the aftermath of attacks in Syria, where the four-year conflict has killed more than 220,000 people.

Meanwhile near the border with Lebanon, Syrian troops backed by Hezbollah fighters captured several neighborhoods in the mountain resort of Zabadani that has been under attack for nearly three weeks.

Hezbollah's Al-Manar television station said troops and Lebanese militants have besieged rebels inside Zabadni from all sides, adding that they inflicted heavy casualties among them. It said dozens of fighters were wounded in the fighting.

The Observatory, which has a network of activists around Syria, said the Syrian government air force has dropped 36 barrel bombs on Zabadani since Tuesday morning. The Observatory reported that dozens of airstrikes have targeted Zabadani since the offensive began on July, 3.

The capture of Zabadani would tighten Hezbollah's grip on Syrian territories bordering Lebanon and strengthen the Syrian government's control over of the Beirut-Damascus highway.