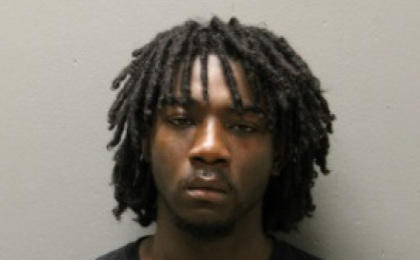 CHICAGO -- A visibly angry judge ordered a Chicago man charged in a shooting at a school playground that left young two children with bullet wounds held in jail without bond.

The stern words from Cook County Judge Peggy Chiampas came during a hearing on Sunday in which prosecutors alleged that 19-year-old Raekwon Hudson was one of three gang members who opened fire from a vehicle on rival gang members outside a playground Friday afternoon where children at Joseph Warren Elementary School on the city's South Side were having a picnic.

A 13-year-old girl was shot in the hand and a 7-year-old girl in the leg. Both were released later Friday from Comer Children's Hospital.

Police say Hudson, a 16-year-old boy and a 17-year-old boy were quickly taken into custody about a mile from the school in a black sedan they say was stolen, the station reports.

All are charged with attempted murder and aggravated battery with a firearm. At Hudson's hearing Chiampas lashed out at the idea that children can't even enjoy a picnic without fear of being shot by armed gang members.