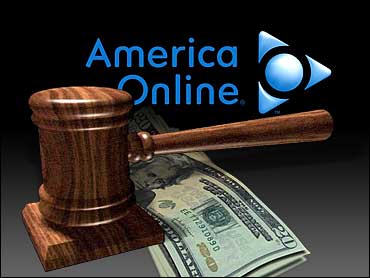 Time Warner Inc. agreed Wednesday to pay $210 million to settle criminal securities fraud charges brought by the Justice Department against the company's America Online unit. The media giant also is prepared to pay $300 million to end another probe by the Securities and Exchange Commission.

Under terms of the Justice Department settlement, prosecution on charges of aiding and abetting securities fraud will be deferred for two years provided AOL and Time Warner cooperate in an ongoing investigation into whether AOL improperly helped smaller Internet companies artificially inflate their earnings.

An independent monitor will be chosen to oversee AOL's compliance, and the company must agree to a number of changes in its internal practices, Deputy Attorney General James Comey said.

The agreement "gives AOL a chance to make amends for its conduct and clean up its act, in return for a stiff penalty and far-reaching reforms," said Comey, who heads the Corporate Fraud Task Force.

Although no Time Warner or America Online executives have been charged with wrongdoing, the agreement does not provide them with immunity. However, four executives of now-defunct Purchasepro.com, a Las Vegas software company that had a partnership with AOL, have agreed to plead guilty.

Documents filed in U.S. District Court in Alexandria, Va., say the partnership allowed both companies to inflate falsely their earnings.

Beware: These apps will drain your phone's battery

Time Warner also has proposed a $300 million settlement with the Securities and Exchange Commission, according to a person familiar with the negotiations who spoke on condition of anonymity.

The SEC has been investigating accounting irregularities at Dulles, Va.-based AOL. The probe is focused on the manner that Time Warner accounted for a $400 million payment from the German media company Bertelsmann AG and whether that was used to inflate America Online profits.

Last month, Time Warner set aside $500 million to cover the cost of settling the SEC and Justice Department investigations.

Court documents say that Purchasepro paid AOL $70 million in March 2000 in a partnership that Purchasepro expected would bring it customers and revenue through AOL's Netbusiness section. But when the partnership did not generate expected cash, AOL began buying Purchasepro products directly and then helped the company mislead auditors about how the revenue was actually earned.

The arrangement allowed AOL to report about $45 million in additional revenue in late 2000 and early 2001, while Purchasepro reported about $30 million in false revenue during that time frame, officials said.