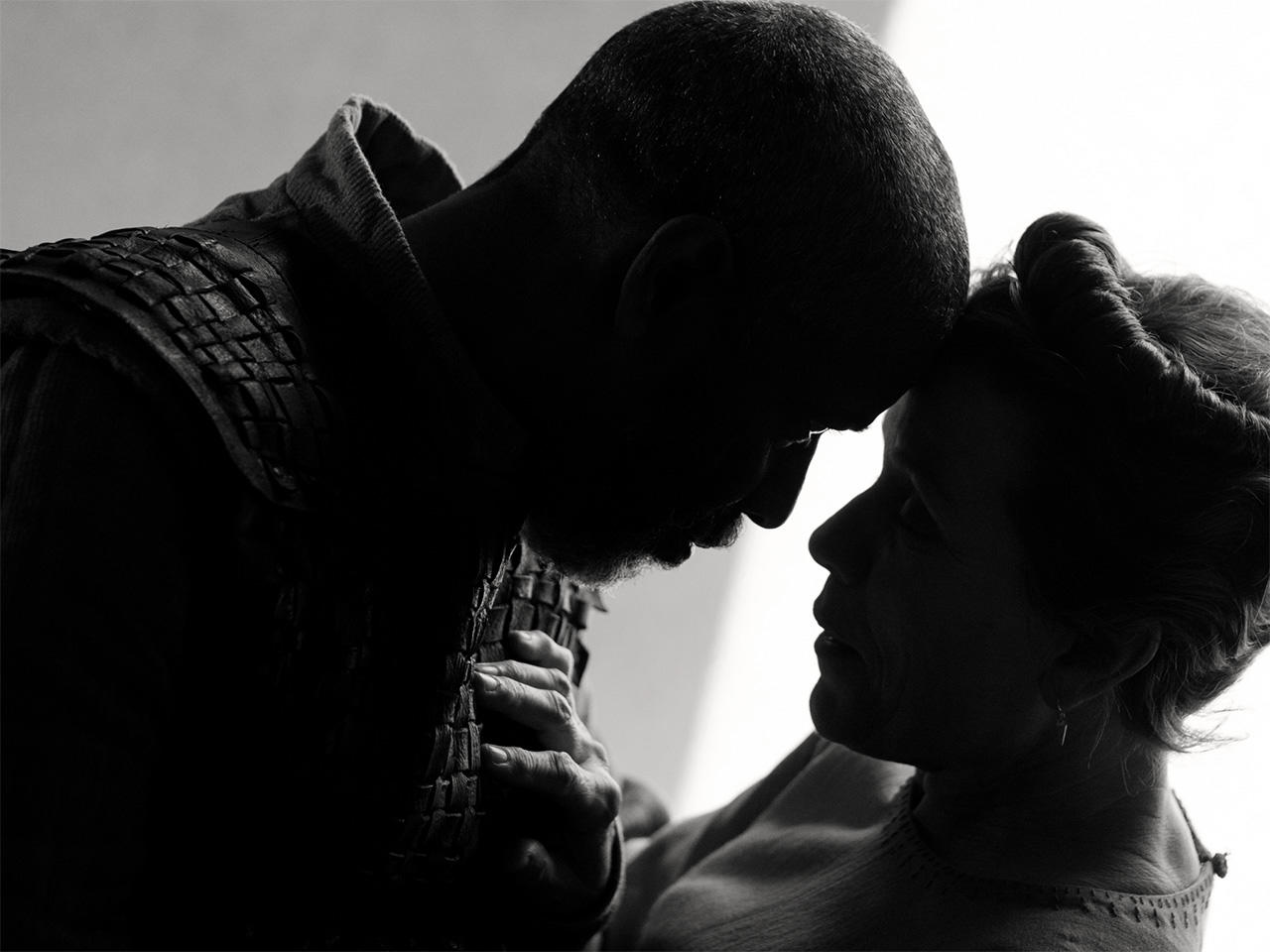 After last year's pandemic-prompted "virtual festival," in which most screenings were held online, this year's fest brings audiences back together to venues in Manhattan, Brooklyn, and Pleasantville, N.Y., with a lineup that features work by some of the world's most talented filmmakers.

At Friday's world premiere of Joel Coen's "The Tragedy of Macbeth," the director of the festival, Eugene Hernandez, called the kickoff event "a homecoming."

The film, a stark, German Expressionistic vision of Shakespeare, was actually in production in March 2020 when it was shut down by the COVID pandemic (on Friday the 13th, no less). Coen told the crowd that his team had "blithely ignored" the superstition about speaking the actual name of the Scottish Play, until the film was halted. "Then we all got religion," he said. "We started referring to it simply as 'The Tragedy.'"

The film stars Denzel Washington and Frances McDormand, captured in shimmering black-and-white, and is an invigorating launch to this year's festival, which continues through October 10.

See below for a review of "The Tragedy of Macbeth" and other highlights from this weekend screened at press time. [Updates of highlights will be published as the festival continues.]

The festival does require proof of COVID vaccination in order to attend screenings. (Audiences, staff and attending filmmakers must all remain masked indoors.) So, if the vaccine-hesitant need any further encouragement to finally get a jab, it could be the opportunity to see two of the very best films of this year: the Iranian family journey "Hit the Road," and the Swiss charmer "The Girl and the Spider," neither of which will see U.S. theatrical releases until 2022. Do not delay!

The festival's conversations with filmmakers include "Mississippi Masala" director Mira Nair, actress Sarita Choudhury, and cinematographer Ed Lachman on the film's 30th anniversary (Sept. 25); Mia Hansen-Løve ("Bergman Island") and Joachim Trier ("The Worst Person in the World") on Sept. 27; "The Power of the Dog" director Jane Campion, interviewed by Sofia Coppola (Oct. 2); writer-director Ryûsuke Hamaguchi, of "Drive My Car" and "Wheel of Fortune and Fantasy" (Oct. 3); and "Memoria" director Apichatpong Weerasethakul (Oct. 7). There are also round tables on labor movements in cinema, the New York avant-garde movement, and a festival report featuring critics and the editors of Film Comment magazine.

From films screened at press time, here are a few of this weekend's highlights. [More highlights will be published as the festival continues.]

"The Tragedy of Macbeth" – It is not so strange, given the Coen Brothers resume's bubbling cauldron of crime and punishment, that Joel Coen's vivid telling of Shakespeare's bloody story of murder and revenge would work so well in dramatizing the naked ambition of Lady Macbeth (Frances McDormand) and her pliable husband (Denzel Washington).

Filmed in black-and-white on beautifully-abstract and shadowed sets that blur stagecraft with film noir, this is an invigorating addition to the cinematic Macbeths of Orson Welles, Akira Kurosawa and Roman Polanski. Washington's magnetic murderer is a jumble of pride, indecision, fury, and weakness in the face of supernatural forecasts, while McDormand (who first played Lady Macbeth at age 14) brings a tortured barrenness to her aging Lady's yearning for power. With a cast that includes Brendon Gleeson as Duncan, Corey Hawkins as Macduff, Bertie Carvel as Banquo and Harry Melling as Malcolm, the performances are forceful without being showy, while the verse is beautifully complemented by the movie's mystical incantations (the Three Weird Sisters are particularly chilling).

"The First 54 Years: An Abbreviated Manual for Military Occupation" – In this examination of the root causes and justifications for military occupations and resistance, using Israel's decades-long occupation of the West Bank and Gaza Strip as its example, Israeli filmmaker Avi Mograbi speaks directly to the camera in what is essentially a bare-bones lecture (likening it to a Powerpoint presentation would be overly generous), sprinkled with archive footage and interviews with former Israeli security forces who testify as to the tactics of keeping a populace at bay. But the dry, clinical presentation, without resorting to heart-tugging testimonials by witnesses and victims, or even music, actually heightens the intellectual ideas being discussed, as to why an occupational force resorts to measures that, almost by definition, create a quagmire from which extraction becomes virtually impossible. In English and Hebrew with English subtitles. Screens September 25, 26.

"Futura" – In an experiment reminiscent of Michael Apted's "Up" series, filmmakers Pietro Marcello ("Martin Eden"), Francesco Munzi ("Black Souls") and Alice Rohrwacher ("The Wonders") traveled across Italy to interview young people on the verge of adulthood ("those who are becoming," in their parlance) to find out about their aspirations, goals and fears about the future, in both rural and urban communities, in a nation that has been hit hard by economic and political strife, even before the pandemic lockdown and the proliferation of N95s. What is hopeful about the film is the number of young people who seem clear-eyed about their opportunities, who view the future as "an imaginary land" that is not the product of "adults" but of their own motivations and fears. One young man states, "Our future is the consequence of our present choices. So, if we make the right choices, we'll get the future we want. If we make the wrong choices, we'll get the future we deserve." Proof that wisdom is not exclusive to the aged. In Italian with English subtitles. Screens September 26, 27. A Grasshopper Film release.

"Outside Noise" – The pandemic hovers over several films in this year's festival – stories of how social isolation affects us, with or without a deadly virus. But this portrait of young people in Berlin and Vienna who cannot quite melt into the flow of adulthood is characterized by their bouts of insomnia, listlessness and dislocation, crashing at the homes of friends' friends, while seeking purpose – or an excuse to not seek purpose. Ted Fendt provides a documentary feel to his camera's observations of some twenty-somethings' languorous existence. In German with English subtitles. Screens September 27, 29.

To watch a trailer click on the video player below: