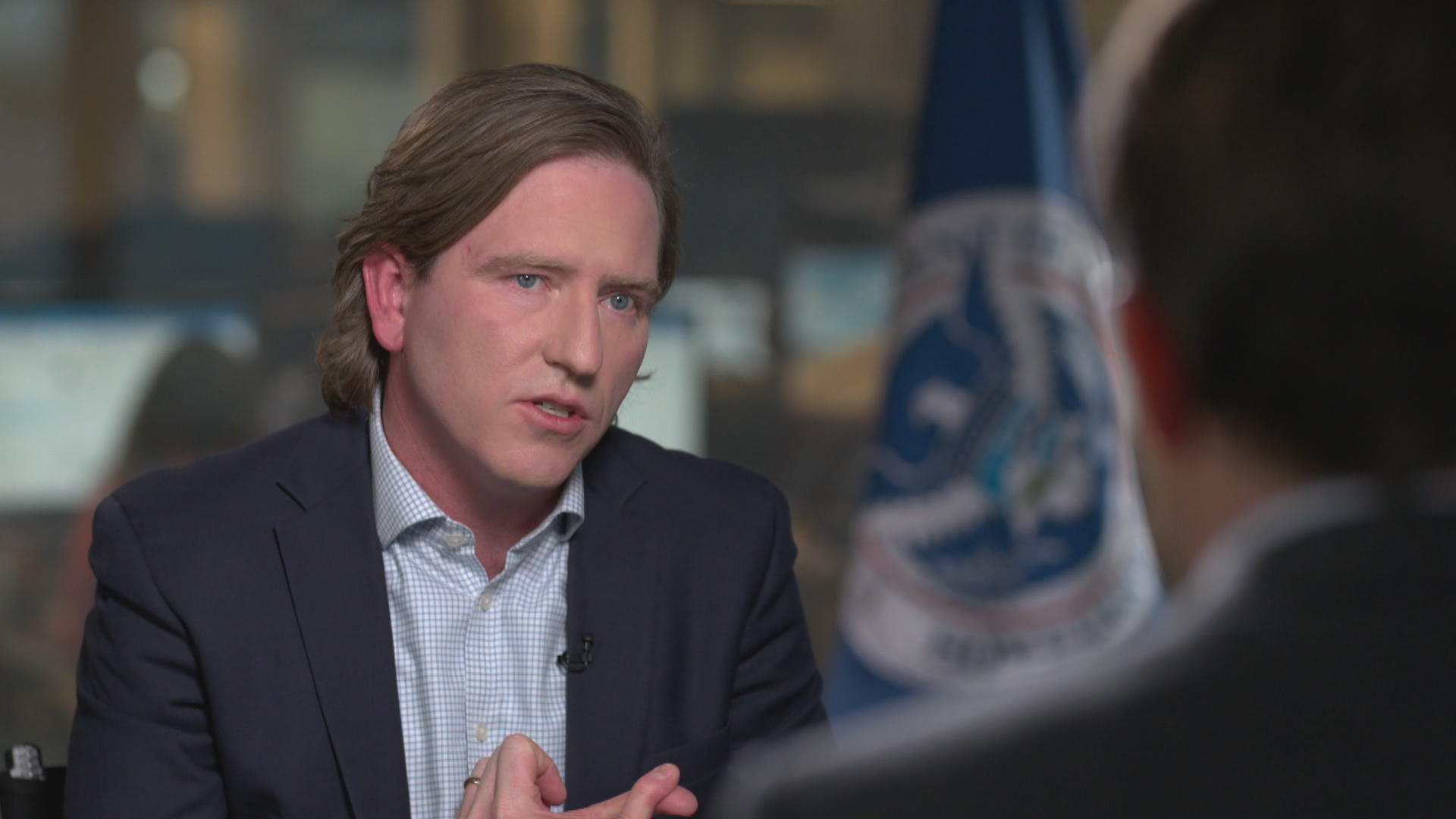 Less than a year before the 2020 presidential election, there are concerns about foreign interference. The government's top election security official says the threat has not gone away.

Chris Krebs, the director of the Cybersecurity and Infrastructure Security Agency (CISA) at the Department of Homeland Security, spoke with "CBS This Morning" co-host Tony Dokoupil about those concerns. Krebs' agency was created after the 2016 election in which, investigators concluded, Russian agents breached the security of election systems in at least two states, in addition to hacking and releasing emails from Democratic officials.

"The Russians will — are continuing to try to destabilize — our form of government and just our way of life, in general," Krebs said.

"Exactly. And so, that's kind of our planning factor," Krebs responded. "They're going to be back. They're trying to get into our heads. They're trying to hack our brains, so to speak, and ultimately have us — lose faith in our processes."

Krebs brought CBS News into a classified area called the "watch floor" where teams are constantly monitoring for online threats. On Election Day 2020, the floor will have officials from the intelligence community, Defense Department, FBI and state and local partners, Krebs said, adding, "Everybody will be in here sharing information in real time."

The nightmare scenario that keeps Krebs up at night is the possibility of a ransomware attack targeting election offices. "What if somebody locked up a voter registration database a month in front of an election?" he asked. "What are our fallback positions?"

The Department of Homeland Security is working with thousands of local election jurisdictions and all 50 states to help shore up defenses and provide information about threats. One of the top goals is to get to a point where every vote has a paper backup.

"For the 2020 election, I think we're looking at about 92% of the votes in America will be cast associated with a paper ballot," Krebs said, admitting that that leaves out millions of votes. "We have between now and then — 2020 — to continue improving the security of these systems out there," he said.

And as they secure the infrastructure that supports our elections, they're also keeping an eye on the information that drives them.

The feds have worked with social media platforms to counter misinformation and have published documents in simple terms warning the public about foreign interference.

"It's textbook," Krebs said. "You know, it's identify the divisive issue ... Get it out there. Get people engaged. And then really start driving the wedge issues and splitting people apart."

"How do you deal with a situation where the President of the United States is, himself, tweeting and retweeting conspiracy theories, potential misinformation? In some cases, unverified accounts that Twitter later takes down?" Dokoupil asked. "So, what do you do? Your mission is to clean up disinformation and misinformation online when some of the figures promoting that are tied to the president of the United States or are the president himself?"

"The president has, obviously, a very high-profile Twitter presence," Krebs replied. "We operate in a different space, at a different level. We're in the security space. … The president's Twitter account and what he says stands on its own. What we need to be able to do is provide every American, you know, a foundation where they can discern on their own whether that's legitimate or not."

"So even though President Trump has sometimes cast doubt on Russia's interference in 2016, the Trump administration, the government at large is prepared for Russia and North Korea, China, Iran in 2020?" Dokoupil asked.

"Look, I've gotten all the direction from the White House I need — as far as I understand, coming straight from the Oval (Office) — 'Make sure that election security is a priority and protect the 2020 election,'" Krebs said.

Although foreign hackers accessed some election systems in 2016, no votes were altered, as far as we know. Krebs said he worries that they might have just been "casing the joint" to cause damage in 2020.

For more information on election security, go to the CISA website.

A Waco police official confirmed that the video does appear to be the evidence they collected at the scene, but said their office did not release it