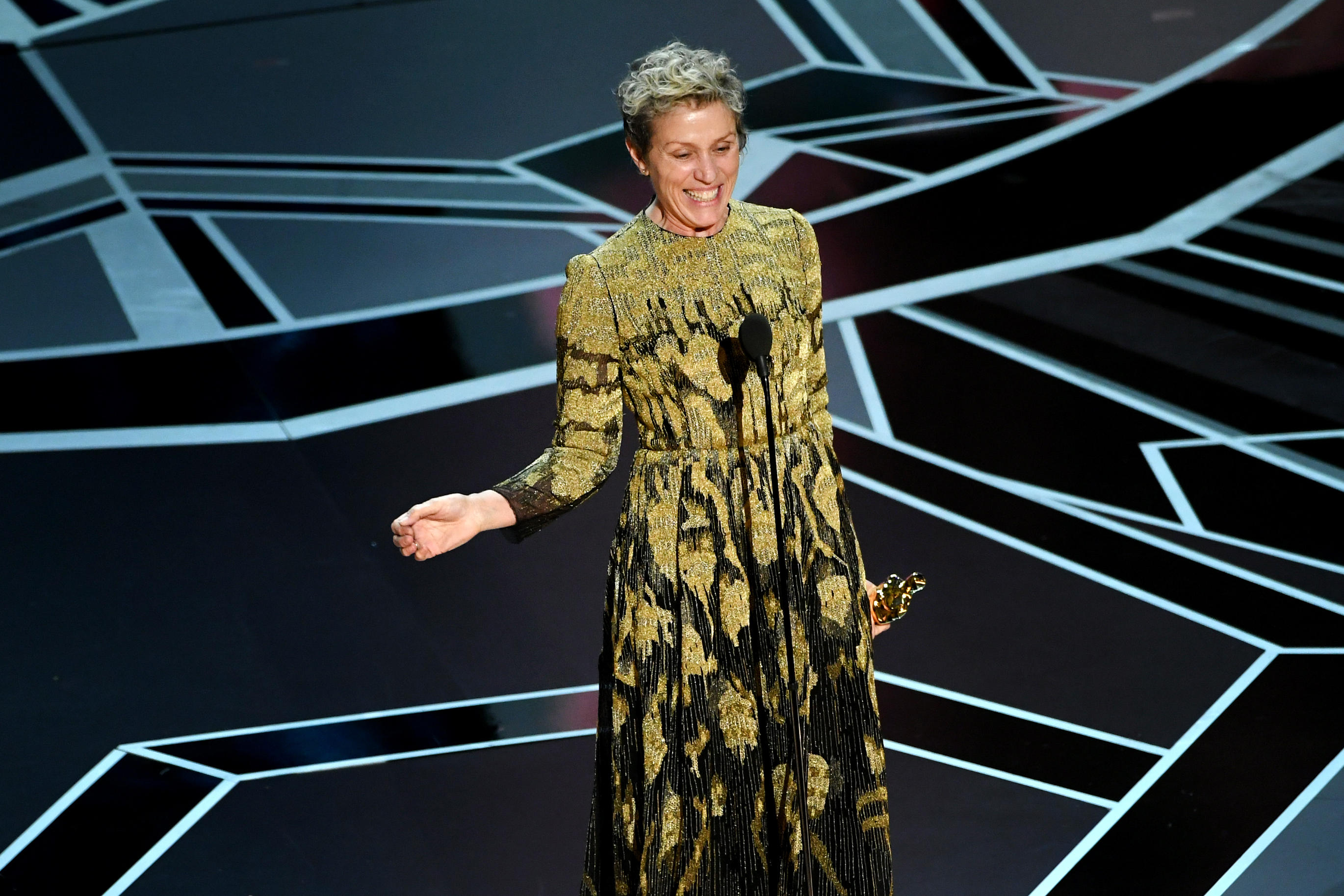 LOS ANGELES -- Frances McDormand won the best actress Academy Award Sunday night for her portrayal of a mother seeking justice for her murdered daughter in "Three Billboards Outside Ebbing, Missouri". It is McDormand's second Oscar, and her acceptance speech marked the emotional crescendo of a night in which several stars called for greater roles and equality for females in the film industry, as the #metoo and Time's Up movements' momentum continue.

McDormand previously won a best supporting actress award for her role as a police officer in "Fargo." Her win Sunday was not a surprise -- she has swept the major awards this year.

The actress opened her speech by saying if she fell over during her speech, someone should pick her up because had "some things to say." She first thanked her family, telling them they fill her with everlasting joy.

She then set her Oscar on the stage and asked every female Oscar nominee in the auditorium to stand up, generating thunderous applause.

"All the female honorees, stand with me -- all the women," she said. "Look around because we all have stories to tell and projects we need financed."

McDormand looked joyous as she looked out on the women.

One observer -- New York Times journalist Jodi Kantor, who has broken some major parts of the Harvey Weinstein story -- noted "there were so few" women in the audience at the Dolby Theatre in Los Angeles.

McDormand implored her male counterparts in the industry not to pay idle after-party lip service to female stars and their projects, but to meet them on equal footing, in real settings and address gender disparity in Hollywood by investing in female filmmakers. McDormand exited the stage, stressing two words: "Inclusion rider."

That set off a small search spike as people struggled to decipher an unfamiliar term. In a nutshell, urging stars to push for inclusion riders means that actors and others with Hollywood heft could include provisions in their contracts that would stipulate terms to increase inclusivity in the cast and/or crew of any movie they work in, and/or demand equal pay on their behalf, as Jessica Chastain did on the film "The Help," where Chastain insisted on a pay rise for Octavia Spencer. Spencer subsequently won an Oscar for her role in the movie.